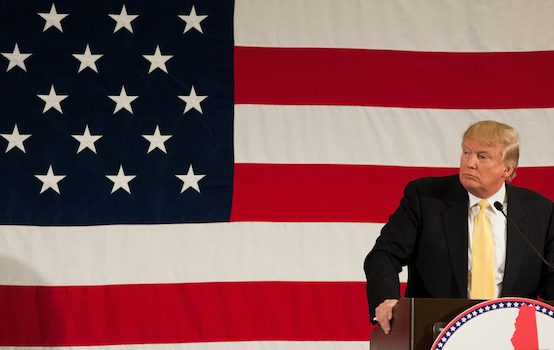 Republican strategist Alex Castellanos memorably described President Trump as having “the best political instincts of any predator in the political jungle. When he sees raw meat, he eats it.”

Trump demonstrated once again Tuesday night that when it comes to serving up red meat to the red states, he is an unparalleled talent who knows how to counterpunch. Yes, the House with all its investigative and impeachment powers has fallen into the hands of his most determined foes as Democrats rode a wave of suburban anti-Trump revulsion. But in an unlikely pairing with Senate Majority Leader Mitch McConnell, he helped recruit several successful Senate candidates and ushered them across the finish line.

Like the old joke about talented but turnover-prone quarterbacks, Trump keeps both teams in the game. He turned out both the Democratic and the Republican bases, winning at home even if not compiling the best record away. He cost his party the House and kept it in control of the Senate.

What the president has failed to do is translate those political instincts into a coherent Trumpist program that delivers on the promise of his election. There are tariffs and some restrictionist moves on immigration, though the rhetoric is often sharper than the reality, generating more heat than light.

On foreign policy, the problem is even worse. Trump’s commitment to diplomacy is admirable, as is his obvious skepticism of wars for regime change followed by nation-building. But there is no equivalent to Stephen Miller or Peter Navarro on the foreign policy front, translating Trump’s America First speeches into an even partial break with the national security status quo.

Imagine if Trump led with infrastructure rather than Obamacare repeal (even though my own policy preferences run in the opposite direction), or if the tax cut had been more weighted towards the blue-collar workers who helped put him in the White House, or if he had pulled troops out of Afghanistan and put them on the border.

Even marrying the conventional Republican supply-side growth agenda with trade saber-rattling has arguably helped produce economic and wage gains that ought to make Trump a popular president. Yet the personal style many of his supporters so enjoy repels numerous other voters, including some Republicans, leaving him with an approval rating below 50 percent.

It is from this perspective that the results look like something less than the “tremendous success” Trump boasted about on Twitter. Losing Dave Brat, a promising practitioner of a new fusionism between libertarianism and nationalism who not long ago mounted a successful anti-amnesty primary challenge against a sitting member of Republican leadership, in the House is not worth gaining Rick Scott in the Senate.

Trump helped lure Rep. Lou Barletta, a leading immigration hawk even during the George W. Bush era, out of a safe House seat into a Pennsylvania Senate race he had little chance of winning with predictable results. This pushes another restrictionist success story out of Congress and gives immigration maximalists another anti-borders talking point.

The defeat of Kris Kobach, who admittedly had his own problems combined with the baggage of home state Republicans who are themselves not especially Trumpy, in the Kansas gubernatorial race is another setback for building a Trumpism that outlasts the president. He, like the beleaguered Attorney General Jeff Sessions, is a Republican who would put meat on Trump’s populist bones, at least as far as immigration is concerned. (Steve King held on in Iowa.)

Then there was the loss of the thoughtful if eccentric Congressman Mark Sanford by Trump’s own hand. The libertarian-leaning South Carolina Republican first saw his voice for relative foreign policy restraint silenced in the primary in favor of a more hawkish GOP pol. Now we know Sanford will actually be replaced by a Democrat.

If the ideological innovations Trump has brought to the Republican Party look shaky, neither did the midterm elections bode well for the ways in which he grew the party in 2016. The Rust Belt went back to the Democrats, with even pre-Trump Republican success stories like Wisconsin Governor Scott Walker—who had already won two terms and beaten back a Democratic recall effort—going down to defeat.

Republican Senate candidates in Michigan, Pennsylvania, Wisconsin, and even Ohio never really competed. Michigan’s John James was talented but no Kid Rock, at least as far as the media was concerned. The GOP got close in West Virginia, though it’s a state Trump won by 42 points. Senator Sherrod Brown showed his party how to compete with Trump on trade and populism, unencumbered by neoliberal claptrap.

None of this is insurmountable. We must first see how the House Democrats’ pursuit of the president ages after two years. We’ll also see if Trump, not just a fighter but also a builder, has assembled a coalition that’s built to last.