His Yemen veto shows that he will do everything he can to keep an unjust and horrific war going for as long as possible when it is within his power to end U.S. involvement. 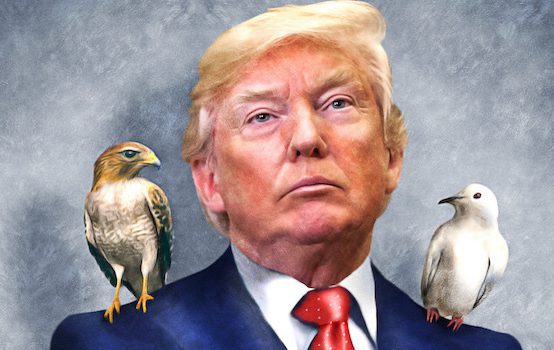 Trump had the gall to cite his supposed opposition to “endless wars” in his statement explaining his shameful Yemen veto:

As I said in my State of the Union address in February, great nations do not fight endless wars. My Administration is currently accelerating negotiations to end our military engagement in Afghanistan and drawing down troops in Syria, where we recently succeeded in eliminating 100 percent of the ISIS caliphate. Congressional engagement in those endeavors would be far more productive than expending time and effort trying to enact this unnecessary and dangerous resolution that interferes with our foreign policy with respect to Yemen.

If Trump follows through on ending these other wars, there is nothing for Congress to do. The only reason there would need to be “engagement” from Congress is if he chooses to prolong them. I don’t believe for a second that Trump actually wants Rep. Ro Khanna and Sen. Bernie Sanders to focus on the illegality of our ongoing military presence in Syria, and if they were able to get houses to pass another war powers resolution to force Trump to complete the so-called withdrawal that he ordered last year I wouldn’t be surprised if he vetoed that resolution, too. He brings up these other wars to deflect attention from the fact that he is refusing to end U.S. involvement in the one war that he can end immediately. Trump’s rhetorical opposition to “endless wars” has proven to be nothing more than that. His Yemen veto shows that he will do everything he can to keep an unjust and horrific war going for as long as possible when it is within his power to end U.S. involvement and to try to bring the conflict to an end. There was never any doubt that he would veto the resolution. Now that he has vetoed it, I hope we can dispense with the last of this nonsense that Trump is any kind of non-interventionist or opponent of foreign wars.

As Ishaan Tharoor observes, Trump’s veto gives him full ownership of U.S. support for the war on Yemen. He could have easily done what Congress demanded, and in doing so he would have put significant pressure on the Saudis and Emiratis to halt their campaign. That would have been the right thing to do, and it would have been popular as well. Instead, Trump has fought opponents of the war every step of the way, and during the debate his Congressional allies have used every procedural trick to delay final passage of the antiwar resolution that Trump just vetoed. It is significant that Trump won’t withdraw the U.S. from the one war where the benefit from doing so is most obvious and the costs are practically non-existent. When push comes to shove, Trump always ends up choosing the relatively more hawkish option because he foolishly fetishizes “toughness” and because he has surrounded himself with hard-liners with disastrous effect. He would rather act as the Saudis’ yes-man and the errand boy of weapons manufacturers instead of doing what is in the best interests of both the United States and Yemen, and that will be one of his main foreign policy legacies.