The Civil War for America’s Banks

Progressives have imposed their agenda through the banking system. 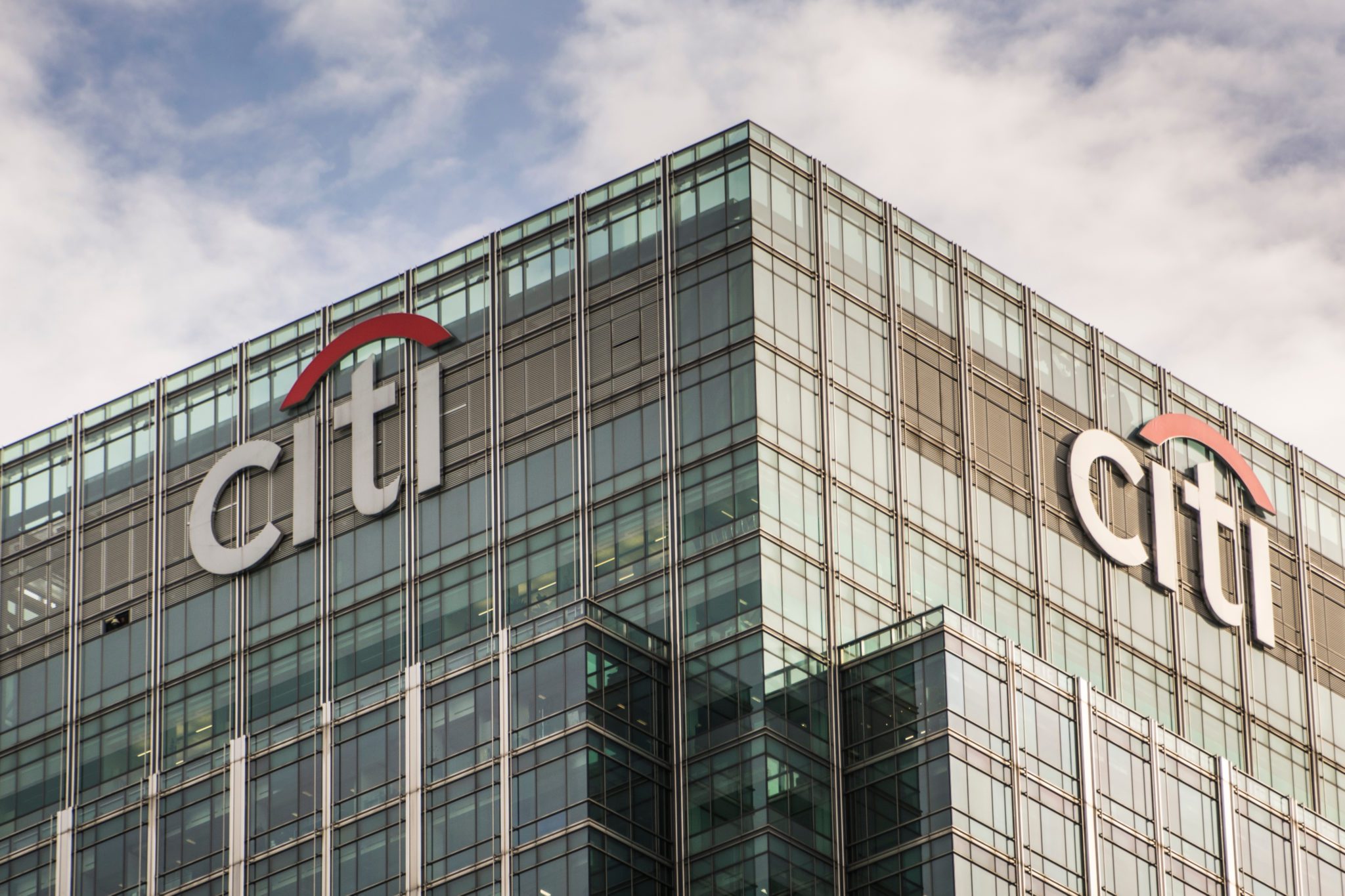 The ideological fight over America’s banks, simmering since 2020, when Alaska threatened to retaliate over the financial boycott of arctic drilling, has heated up with the recent passage of a West Virginia law that penalizes banks for discriminating against fossil-fuel companies.

Progressives, with the assistance of the Biden administration, have succeeded in pushing JPMorgan Chase, Citibank, Bank of America, Wells Fargo, and other major banks into left-wing activism, shunning industries including oil and gas producers and gun manufacturers, and fighting conservative state laws on issues like abortion. Increasingly, however, red states are joining together to fight back.

On March 30, West Virginia enacted a law, Senate Bill 262, which empowers its state treasurer to disqualify any bank that discriminates against fossil fuel producers from state contracts for underwriting municipal bonds, payments services, and other business.

“If banks want to continue to boycott the fossil-fuel industry, they have the right to do that,” said West Virginia State Treasurer Riley Moore. “We also have a right not to do business with them.”

Progressives have had great success to date in imposing their agenda through the banking system, Moore said. “They have certainly fired the first shots, but from my perspective we will be the ones to fire the last.

“This is a very existential threat to us,” he said. Losing fossil-fuel companies “would be cataclysmic for our economy. We are fighting for our livelihood.”

West Virginia is one of 17 states that have joined together since November 2021 to deny municipal contracts to banks that discriminate against energy producers. Collectively, these states control more than $700 billion in assets and lucrative banking fees.

According to Missouri State Treasurer Scott Fitzpatrick, “the progressive wing has done a better job of pressuring large institutions to see things their way. Conservatives have been hesitant to engage on this, but we’ve gotten to the point where we have to. If corporations are only getting pressure from one direction, that’s the direction they’re going to go.”

“We’re not going to take this lying down,” Fitzpatrick said. “[Banks] are implementing policies that, at least in our state, large majorities of people are not okay with.”

States have weapons beyond the imposition of municipal fees. In pushing a unified “net-zero” climate agenda, banks “are operating as an illegal cartel that is colluding to dry up financing to responsible American energy producers,” said Jason Isaac of the Texas Public Policy Institute. That could make them the subject of anti-trust lawsuits.

Progressive organizations are engaging in coordinated campaigns to defund and constrain industries deemed politically incorrect … Lenders who steer money away from politically disfavored industries—such as fossil fuel exploration and production—may be colluding on group boycotts of energy producers in violation of antitrust laws.

In November, Arizona Attorney General Mark Brnovich launched an investigation into progressive banking practices that amount to “inappropriate pressure and anticompetitive conduct,” and include “threatening and intimidating companies if they do not comply with their left-wing agenda.”

In addition to energy production, states are pushing back against banks that discriminate against firearms manufacturers. JPMorgan Chase, Citigroup, and Bank of America were recently blocked from municipal deals in Texas and Louisiana for this reason. Within the $4 trillion municipal-bond market, Texas is the second largest issuer after California.

Banks “are shutting out a Constitutionally protected industry,” said Mark Oliva, a director at the National Shooting Sports Foundation, a gun-rights advocacy. “This is the privatization of Operation Choke Point,” an illicit operation under the Obama administration that used the Federal Deposit Insurance Corporation, a banking regulator, to threaten banks who lend to the gun industry.

“Banks are unaccountable to the electorate,” Oliva said. Rather than pass laws democratically through elected representatives, progressives are “doing this through faceless, nameless corporate board rooms on Wall Street.”

Progressives have targeted the banking industry because it is uniquely powerful—its control over America’s savings, capital, and payments systems gives banks the ability to shut down companies and individuals virtually overnight. They demonstrated this power in February when Canadian banks froze the personal accounts of protesting truckers and their supporters, instantly cutting people off from their savings and their ability to buy food or pay bills.

Banking services are “at the center of everything,” said Josh Blackman, law professor at South Texas College of Law. He cites as an example conservative organizations that are cut off from payment services like WePay (owned by JPMorgan), Shopify, or PayPal. “Once you make it impossible to buy and sell and transact money, you basically starve that company to death.”

Fitzpatrick threatened that Missouri would stop doing business with JPMorgan Chase over this practice in November when its subsidiary WePay abruptly cut off payment services to a conservative conference organized by Defense of Liberty, which featured speakers such as Candace Owens, U.S. Sen. Roy Blunt, and U.S. Rep. Jason Smith. WePay was unable to cite any violation of its policies that led to the sudden shutdown, which caused the cancellation of the event.

Beyond denying banking services, banks have also taken sides in the abortion debate, with Citigroup offering to pay travel and lodging for any Texas employee who went outside the state to avoid Texas’s recently passed fetal-heartbeat law, which allows private citizens to sue those providing or aiding abortions after a fetal heartbeat is detected.

“My sense is that these companies will risk crippling civil liability in order to virtue signal that they support these various causes. Citigroup is taking a substantial financial risk,” Blackman said. According to the Texas heartbeat law, any private citizen can sue Citigroup if employees accept its offer. In response to Citigroup’s abortion policy, state Rep. Briscoe Cain last week threatened to introduce legislation that would bar the bank from underwriting municipal bonds in Texas.

The Biden Administration has lent its full support to progressive bank activism. Under the Trump Administration, the Office of the Comptroller of the Currency (OCC) enacted rules to compel banks to lend purely according to economic criteria and not ideology. Trump’s Labor Department simultaneously mandated that state pension funds invest only according to their fiduciary responsibility to generate returns for their retirees, rather than on ideological grounds.

The Biden administration has overturned both of these policies, opening the way for the politicization of America’s financial system. In addition, Biden’s climate envoy John Kerry has been leaning on banks to step up their commitment to climate-friendly finance.

“It’s a complete sea change in terms of what the Biden Administration is attempting to do,” Fitzpatrick said, “using their regulatory power to force ESG [Environmental, Social and Governance] practices” on banks and pension funds.

“It really goes beyond what the role of these agencies and the federal government is,” he said. “What it’s resulting in is discrimination by financial institutions against entire industries.”

Banks don’t appear to have needed much prodding from the government, however. The banking industry fought against Trump’s OCC regulation that discouraged ideological lending, and they have been fighting against state legislation that penalizes them for progressive activism.

“We had the Bankers Association come out against the [fossil-fuel-protection] bill” in West Virginia, Moore said. “That ended up being a pretty big fight, which we were able to overcome.”

Bette Grande, state-government-relations manager at the Heartland Institute and a former North Dakota legislator, said banks are denying that they discriminate in lending at the very same time that they are fighting laws to prevent this practice, and their mission statements and public statements tout their commitment to fighting climate change and supporting gun control.

“They’re now in a place where in order to compete for business they have to walk their statements back or say what they said meant something else,” Fitzpatrick said.

“They can lie all they want,” Grande said, “but it’s on their website that they are doing it. If they weren’t [discriminating], why are they so pissed off that legislators are calling them out on it?”

Beyond discrimination, there is also the role banks play in collecting and analyzing personal data. The Biden administration’s attempt to have the IRS scrutinize every banking transaction over $600, along with the warrantless data-mining of customers’ personal bank accounts by Bank of America after the January 6, 2021, riot in Washington, D.C., raise questions about privacy rights for bank customers.

The locking of personal accounts by Canadian banks to quell political dissent “set off alarms,” Fitzpatrick said. “That’s a page of the playbook that I could see some people in this country pushing for. To silence opposing viewpoints, just deny them access to their own money.”

JPMorgan Chase was asked to comment on this article but declined. Citigroup and Bank of America did not respond to requests.