David Brooks struggles to see what is plain to half the country: the Left is hostage to an unpopular woke agenda 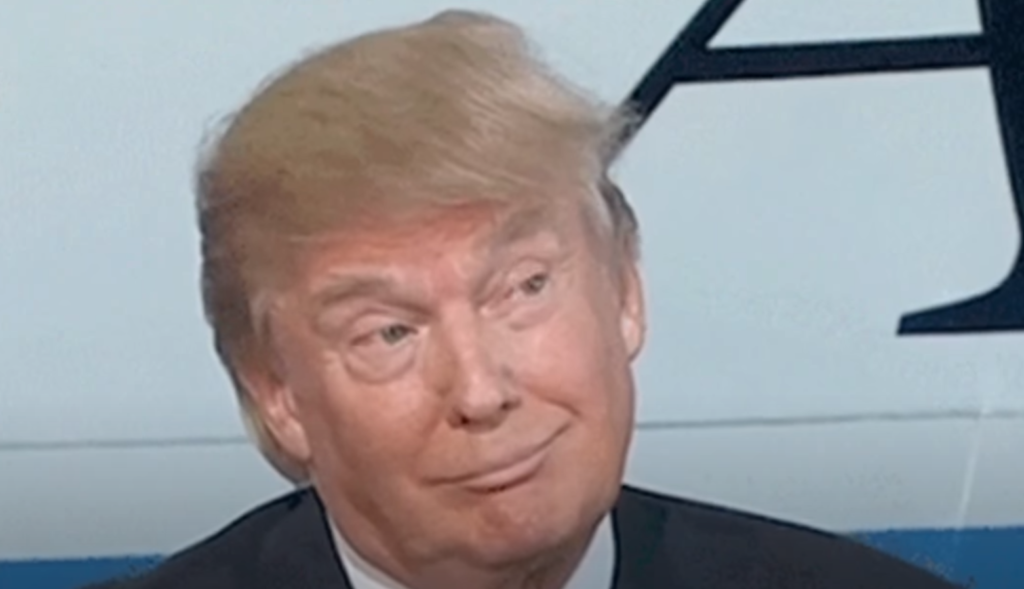 David Brooks can't figure out why the Democrats haven't figured out how to stop Donald Trump. Excerpts:

You would think that those of us in the anti-Trump camp would have at one point stepped back and asked some elemental questions: What are we trying to achieve? Who is the core audience here? Which strategies have worked, and which have not?

If those questions were asked, the straightforward conclusion would be that most of what we are doing is not working. The next conclusion might be that there’s a lot of self-indulgence here. We’re doing things that help those of us in the anti-Trump world bond with one another and that help people in the Trump world bond with one another. We’re locking in the political structures that benefit Trump.

My core conclusion is that attacking Trump personally doesn’t work. You have to rearrange the underlying situation. We are in the middle of a cultural/economic/partisan/identity war between more progressive people in the metro areas and more conservative people everywhere else. To lead the right in this war, Trump doesn’t have to be honest, moral or competent; he just has to be seen taking the fight to the “elites.”

The proper strategy in this situation is to scramble the identity war narrative. That’s what Biden did in 2020. He ran as a middle-class moderate from Scranton. He dodged the culture war issues. That’s what the Democratic Senate candidate John Fetterman is trying to do in Pennsylvania.

A Democratic candidate who steps outside the culture/identity war narrative is going to have access to the voters who need to be moved. Public voices who don’t seem locked in the insular educated elite worldview are going to be able to reach the people who need to be reached.

Trumpists tell themselves that America is being threatened by a radical left putsch that is out to take over the government and undermine the culture. The core challenge now is to show by word and deed that this is a gross exaggeration.

But the thing is -- it's not a gross exaggeration. This is what the elites keep telling themselves. Just today, I was driving, and heard NPR interview Juan Perez Jr., an education reporter from Politico, about Republican strategies in this fall's education races. Here's an excerpt from that interview:

PEREZ: I think that's true. For starters, I think we should note - education and schooling have always been political, right? Yet the pandemic, our nation's ongoing reckoning with race, gender identity, have made it clear that the environment was ripe for a shift, a pendulum swing. Recent polling from one Democratic education advocacy group from this summer concluded that parents and voters of color in dozens of congressional battlegrounds, they were more likely to trust Republicans on education policy than Democrats.

SUMMERS: OK. So we've talked a lot about the attention that conservative Republicans across the country are paying to these offices. Have Democratic candidates offered any sort of counter narrative or funding to match that intensity on the right?

PEREZ: I think they're working on it. The challenge is whether it's actually breaking through, particularly in red states, where, again, this stuff is so potent, such a potent issue for base voters. There's emerging polling and messaging, guidance and strategy coming out of Democrats right now that are trying to get candidates focused on, I guess, what I would describe as bread-and-butter issues, back on academics, back on the classroom, back on teacher pay, back on what we need to do to make sure children catch up after years of disrupted schooling amid the coronavirus pandemic. And I think that's partly because they want to appeal not only to voters who are very concerned about these issues, but also, again, moderates and independents who may be turned off by some of the far-right culture war messaging that's been animating primary campaigns.

Classic, just classic. The way Perez Jr frames it is that the Republicans are fooling people with "far-right culture war messaging," instead of focusing on real issues, like teacher pay and Covid catch-up. Funny, though, that black and Latino parents trust Republicans more on education issues than Democrats. Gosh, I wonder why. Do you think that black and Latino parents don't want their kids to be jacked up with propaganda encouraging them to think of themselves as transgender, and to learn a hundred pronouns? Yeah, I think that might be it. That, and the fact that over and over, we are seeing school boards defend policies that instruct teachers and staff to hide from parents their child's transness. Not to mention all the CRT crap that riled up northern Virginia voters, including immigrants and people of color.

You can tell by reading or listening to the interview with the Politico reporter that this entire media class sees their own cultural preferences as normative and uncontroversial. To object to it is to either be on the far right, or a dupe of the far right. Why is this such a mystery to my friend David? Maybe if you live in the Boston-NYC-DC corridor, you can't easily see how radical all this is to people outside it. Today the Biden White House held a summit to fight "white supremacy" -- this, while the country is suffering a crime wave that is not being led by white people any more than religious terrorism is being led by Swedish Lutherans. You can be sure that Joe Biden is not interested in this hate crime at a Beaumont school; it doesn't fit the Narrative:

This is why the anti-Trump people don't have a strategy to stop Trump. It would require them abandoning their cultural narrative. People are less afraid of what Trump might do to the country than they are about what Biden and the elite Left that runs American institutions, including Big Business, are doing to the country right now. I spoke to a recently retired military officer the other day when I was traveling. He left the service early because woke politics had infested the brass. He told me it's truly affecting American readiness -- but no one higher up the Pentagon ladder cares. It's all about woke politics now.

I hope Ron DeSantis is the 2024 Republican nominee, because I think he is right on the issues, competent, and blessedly free of Trump's narcissism and drama. But you want to know why a lot of us would vote for Trump, despite having no particular regard for him? Watch Tucker Carlson's monologue tonight. This is but one reason why. This stuff is no great mystery. I remember the summer of 2016, when candidate Donald Trump flew to mosquito-bound, rain-soaked Baton Rouge to visit with victims of the catastrophic flooding. That same weekend, candidate Hillary Clinton was at a $50,000 a plate fundraiser on, yes, Martha's Vineyard, at the home of her friend Lady Rothschild. You can't make it up!

JON FRAZIER
Er, the last time Trump was on a ballot the Democrats did beat him.

John Molnar-Suhajda
Did you miss the Beaumont incident above?

JON FRAZIER
And this is a reply to my comment how exactly? Oh well, at least it isn't "stolen election" nonsense.

Zenos Alexandrovitch
By breaking state election laws and through government censorship by proxy.

JON FRAZIER
And here comes the phantasmagoria of the "stolen election " delusion.

Peter Pratt
Dems are trying to make this election all about Trump because their own record is awful. Talking about Trump makes it easy to manipulate a lot of middle class folks who are already non thinking zombies who have accepted the CNN/MSNBC programming.

They also funded a bunch of pro Trump candidates, and are now trying to portray these same candidates as extreme. It is just another version of Hillary's "Pied Piper" strategy from 2016. Hopefully it has the same results.