The Outpost Is a War Movie Libs Like, For their Own Reasons

But anything that points out the folly of the generals and the heroism of regular grunts, can't be all bad. 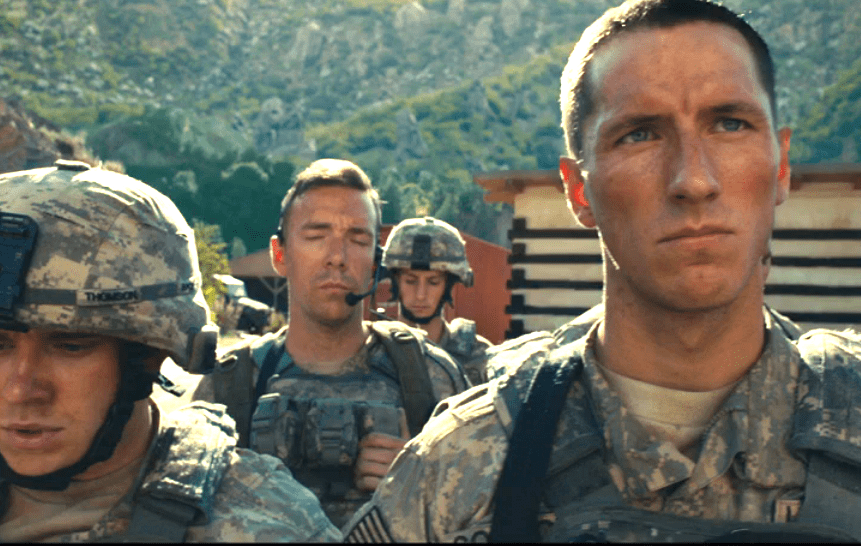 For instance, Rolling Stone, a publication with roots in the anti-war movement of the 1960s, headlined, “A War Film Remembers the Fallen,” adding that the film “pays heartfelt tribute to the soldiers who fought and died.” Meanwhile, Variety described The Outpost as “an authentic account,” and The Washington Post praised it as “stirring,” lauding its “canny combination of unadorned bluntness and technical finesse.” And The New York Times praised it as “well-crafted, fact-based.”

Why this positivity about a war movie? As we know, the popular culture over the last five or six decades has not been overly kind to the armed forces; in fact, even before Vietnam let loose the floodgates of anti-military movie-making, such films as Dr. Strangelove and Seven Days in May, both released in 1964, cast the Pentagon in a profoundly negative light.

To be sure, Hollywood has made some pro-military movies these last few decades; there is, after all, a paying audience for films such as American Sniper (2014). And yet film critics are a staunchly progressive bunch, tending to dismiss pro-military films.

So as we puzzle over this enthusiasm for The Outpost, we might consider several possible explanations:

First, it is, in fact, a well-done movie. Director Rod Lurie, himself a 1984 West Point graduate who went on to serve in the Army, knows military culture—and he shows it on the screen. So if The Outpost is, in many ways, a classic men-at-war movie—the men bond, the women are mostly absent—well, that’s what war is mostly like. In fact, even with women permitted in combat, war is still mostly a male thing: one study from 2013, for example, found that only about four percent of American fatalities in Afghanistan were female.

Second, it helps the film, in the eyes of media chatterers, that it’s based on a non-fiction book by CNN’s Jake Tapper, a media bigfoot. Thus even non-movie critics with an eye for the main chance have seized the opportunity to heap praise not only on the film, but also on Tapper personally.

Third, while the film is deeply sympathetic to enlisted soldiers and junior officers—the types who actually do the fighting—it is dismissive of the distant posturing of senior officers as well as contemptuous of the presumed overall mission of the Afghan war, namely, to bring freedom and democracy to that country. There’s no doubt that such a nuanced stance resonates with a war-weary country, including movie critics, who have grown cynical in response to propagandistic bamboozlement.

For instance, the U.S. outpost in the movie has been situated in a deep valley, at the bottom of three hills, as opposed to being on top of one of them, where the GIs would have an easier time defending themselves. The rationale for the bottom location is that it’s supposed to bring the Americans closer to the Afghan locals, as a way of gaining their trust. (What Afghan local doesn’t look forward to making friends with occupying foreign troops?)

In Vietnam, this forlorn effort was known as winning “hearts and minds,” and as we know, it didn’t work very well. In Afghanistan, it has gone under the rubric of  “COIN” (COunterINsurgency)—and it hasn’t worked any better.

The overall American commander in Afghanistan in 2009 was Gen. Stanley McChrystal, an aggressive champion of COIN. McChrystal convinced the Obama administration that a surge in forces, plus COIN, could redeem the American effort in Afghanistan—with him, of course, in charge.

Thus McChrystal was the man ultimately responsible for putting American troops in that outpost, in an indefensible position. (Another Hollywood take on McChrystal, both satirical and savagely critical, came in a 2017 film starring Brad Pitt, War Machine.)

Yet when the fighting breaks out—so much for making friends—the troops fight for survival, not for the Bush Doctrine, or for Barack Obama’s notion of a “good war.” That heroism, we might note, was considerable; two Americans were awarded the Medal of Honor. And yet the film shows such bravery as the manly instinct to save comrades, rather than any thirst for glory, let alone enthusiasm for bringing the American Way to the Afghans.

Of course, the idea that officers, in either their stupidity or vainglory, cause good men die is no fiction—it’s as ancient as war itself. And so, faced with a bleep-sandwich of a mission, the warriors do the best they can, mostly for the sake of each other.

The classic poetic expression of courage coinciding with folly is Alfred, Lord Tennyson’s 1854 poem, The Charge of the Light Brigade. Based on an actual incident at the Battle of Balaclava during the Crimean War, the poem includes the lines, “Not though the soldier knew/ Someone had blundered.”

Then comes the poignant couplet describing duty sacrificed to stupidity: “Theirs not to reason why/ Theirs but to do and die.” And so therefore, Tennyson continues, “Into the valley of Death/ Rode the six hundred.”

So now we come to a possible fourth reason why The Outpost is gaining traction, which the filmmakers could not have anticipated, but for which they might be grateful, buzz-wise.

That PR serendipity, of course, is the Russian-bounty story: the allegation that the Russians were paying a bounty to the Taliban for each death of an American soldier—and furthermore, that the Trump administration knew about it and did nothing. As The Washington Post declared on June 28, the Russian bounty actually “resulted in the deaths of U.S. troops.” So the universal Mainstream Media question: Why didn’t Trump do anything? And the MSM answer, of course: Because Trump is in league with the Russians.

Team Trump denies that the president knew of such a supposed bounty, although, of course, the same MSM will take its denial as confirmation. A July 1 opinion piece in the Post, for example, taking it as a given that the story is true, wondered why the Trump administration has not “rebuked” Russia, and further argued that “Trump continues to extend olive branches” to Vladimir Putin and his Muscovites.

Yet as Barbara Boland has explained here at TAC, there is, in fact, plenty of reason to question the veracity of the bounty story. After all, the Taliban has been seeking to kill Americans since 2001—and has had plenty of help from other countries all along, most obviously, from our “ally,” Pakistan.

Indeed, even the “bounty” meme is not new; back in 2010, NBC News reported that the Iranians were paying the exact same sort of blood-money. Interestingly, that report—true, false, or somewhere in between—seemed just to bounce off the Obama administration as it proceeded, in 2015, to sign an MSM-supported nuclear treaty with Iran.

Also here at TAC, Daniel Larison speculates that the bounty story will now strengthen the hand of the “endless war caucus.” That is, if the Russians are fingered, then any American withdrawal from Afghanistan—under either Trump or Joe Biden—would be framed by hawks as a capitulation, not just to the Taliban, but to Putin.

We can see: If Uncle Sam is beguiled into staying in Afghanistan for a third decade, that’s a victory for all the think-tank neoconservatives and military careerists who have invested so much in—and have so much to gain from—an eternal American presence.

In fact, back in January, this author took note of the determination of the Deep State—military and civilian wings, both—to persuade Trump to stay in Afghanistan; getting out, I suggested, would require the personal steel of a Charles de Gaulle—and Trump is no de Gaulle.

So now, back to all that critical praise for a war movie, The Outpost. It’s unlikely that left-leaning film critics have much enthusiasm for the Afghanistan mission, and yet it’s a cinch that they want to see Trump out of office. So in highlighting an Afghanistan epic, they’re doing their keyboard best to raise the stakes on Trump in light of the bounty story: Since we’re now thinking about Afghanistan again, did we mention that Trump is Putin’s poodle? Surely the American people don’t want to re-elect a man who so willingly abases himself to the Russians, as the bounty proves once more!

Indeed, the bounty barrage against Trump has been so strong that it’s hard to imagine him doing anything, anytime soon, that would cause more incoming fire to come raining down. So for those whose goal is to preserve the Afghanistan status quo, it’s mission accomplished.

Of course, if the 2020 election polls are to be believed, a new commander-in-chief will soon be making the calls on Afghanistan. Interestingly, back in 2009, Vice President Biden opposed McChrystal’s surge in Afghanistan—although who knows if Biden remembers that.

Indeed, come 2021, nobody can know what a hypothetical President Biden will think about Afghanistan, assessments now being colored, of course, by that bounty story.

So we only know this much: If the Military Deep State has been wily enough to keep the 45th president in Afghanistan, it has good reason to think its wiles will work, too, on the 46th president.