Angry dad: 'There is no way to cross that chasm to find forgiveness for the people who knowingly turned the last 50 years of my daughter's life into a living nightmare' 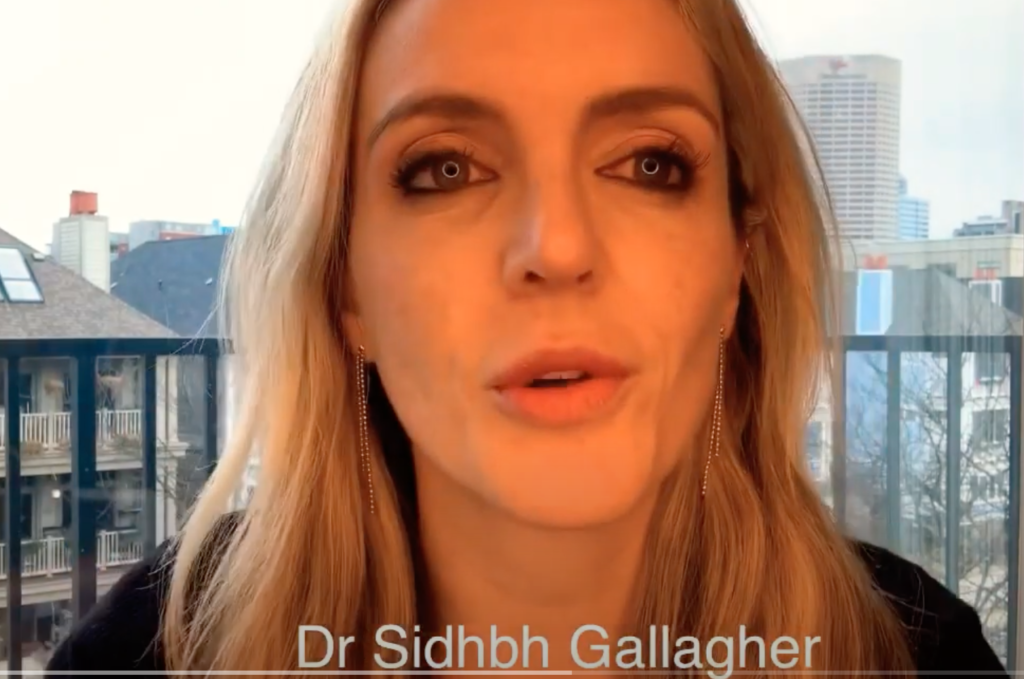 I have heard enough from people dealing with trans children and adolescents to know that this curse can strike anybody. It has bypassed my family, thank God, but if it had hit us, I would feel exactly as this man below does:

There will be no justice until every damn doctor, hospital, and medical association responsible for this atrocity has been sued into the ground, and some of them imprisoned. Forgiveness? Yes, in time (though that's easy for me to say, as I have not suffered what this father has suffered) -- but only after full lustration, only after Nuremberg-like tribunals, only after the trials, only after utter and complete shame shattering all the luminaries and the institutions -- including the Democratic Party, the TV networks, the major newspapers -- which brought this evil onto the lives of American children and their families.

Those who did this to young women like her -- people like Dr. Gallagher above, who revels on social media in her success in slicing the healthy breasts off of women -- God willing, they will pay within the limits of the law for what they have done. As evil as the Tuskegee Experiment was, this is even more damaging, because it has created, and is creating daily, thousands of more victims.

Zenos Alexandrovitch
Everyone gets upset over their daughters, but not their sons. If a son is destroyed by a predator - who cares because he's not a daughter.

Zenos Alexandrovitch
What is happening now is in part a result of a justified fear of having to face the male half of the sexual dynamic - which has been allowed to become corrupt by parents who did not even try to protect their son's development into a man. The boys and the young men are universally sexually abused from access to pornography and many are sexually abused in the schools - these damaged souls either lose their ability to protect or face high levels of criminality. This makes the world unsafe for daughters. But with all the talk of protecting girls, the boys are left to become unable to. Male development is fat more fragile and these things alter the formation of the prefrontal cortex - thinning it out as is observable in antisocials.

Lloyd Conway
We can see this play out in the continuation of football at Penn State after the Sandusky scandal. PSU isn't the only one - the fines levied and other wrist-slap punishments imposed did little to affect the institutions involved in covering up or just ignoring this type of abuse. It's open season on our children - boys included.

Michael Cole
When I try to fathom the insanity of the left on the trans issues, I think they have fallen into two absurd, closely related moral confusions. First, they seem to think that just about any kind of diversity, other than diversity of opinions about diversity, is desirable. That generality is preposterous. It very much depends. Are we talking about a diversity of good things, or a diversity of bad things, or morally neutral things? Closely related is their inability to distinguish between two propositions: 1. Individual A has a right to do X. 2. It is a happy occasion if individual A exercises the right to do X. Again nonsense. We respect the free speech rights of Nazis and communists and Satanists up to some perhaps necessary limits. That does not mean that we celebrate the occasion of a Nazi exercising the right to speak freely and purvey evil. I feel an obligation to respect the rights of homosexuals. That does not mean I feel happy if my neighbor tells me that his sixteen year old son has decided he's gay or the daughter Lesbian. And what exactly should we do about trans children? It is a conservative caricature that most liberals actually like or encourage transgenderism. Liberals believe, rightly or wrongly, that sometimes transgenderism is a real thing and can be serious enough that medical interventions is the best way to help. But how do they go from there to the idea that a child coming out as trans or gender nonbinary or whatever is a happy thing? Most don't, but it cannot be denied that some do just that. I know an obnoxious individual who literally coos with delight to hear of a child "exploring his/her gender identity". Is it not self evident that a child or adult or, indeed, any ANIMAL is healthiest and happiest when the physical state of the body and the psychology work together as a harmonious whole? How could that proposition possibly be debatable? A distressed child should have our compassion and our best thoughts about how to help, not our enthusiasm his/her unhappy state of being. Truly this confusion boggles my mind. God help us all. We need it.

Lloyd Conway
Amnesty? Sure, like what Solomon offered to the priest who tried to engineer a coup to deny him David's throne. Go home, stay there. No one involved in these evil shams should ever be allowed to practice medicine or any other profession ever after.