There’s an emergency afoot. And only the intrepid executive branch has the expertise to tell us when it’s over. 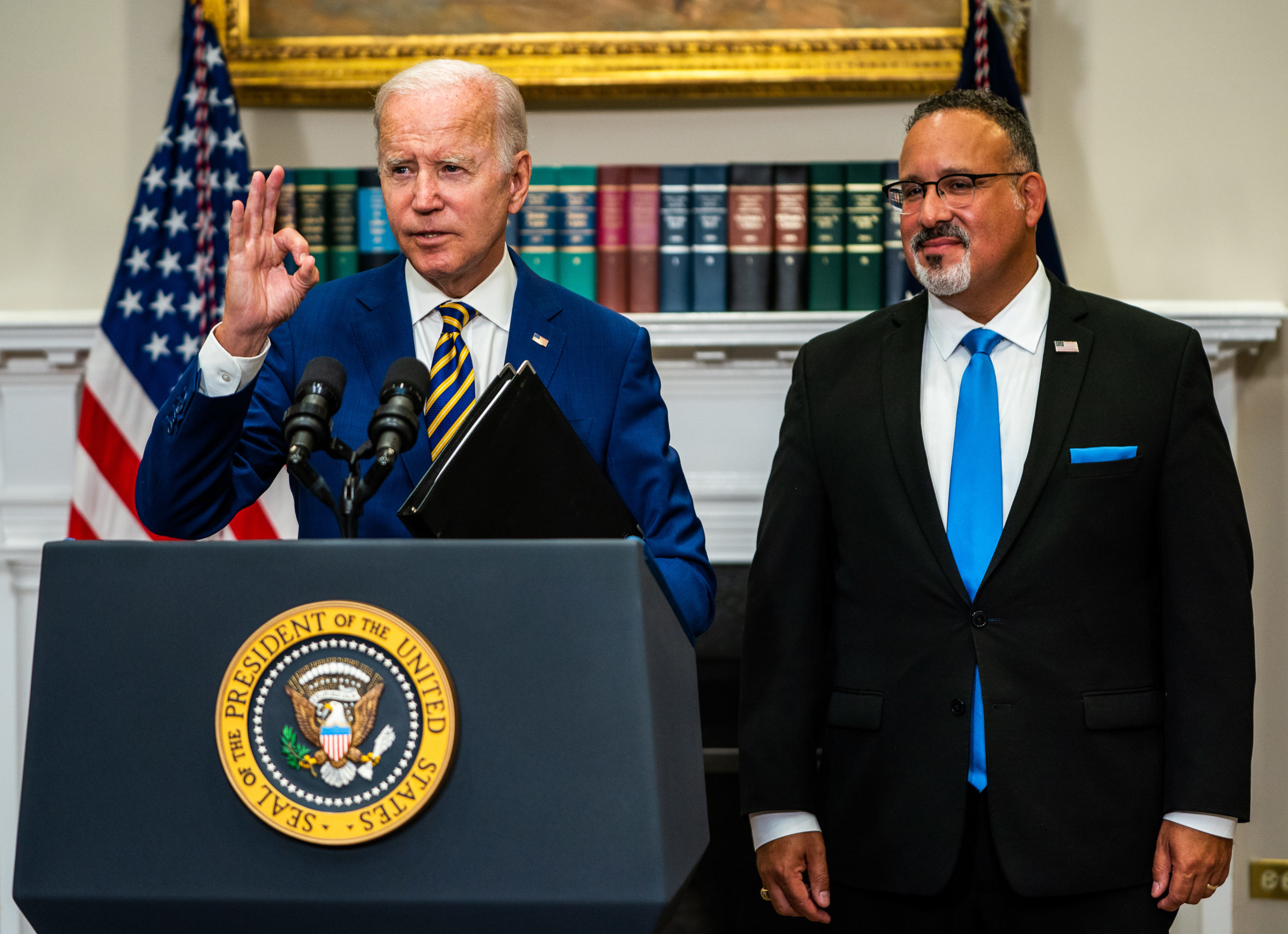 You may not have known it, but student debt cancellation is a necessary emergency intervention. It is a $500 billion infusion of life-preserving first aid injected directly into the veins of our body politic by first-responder-in-chief, Joe Biden. At least that’s the take of the Department of Education’s Office of the General Counsel.

Student debt cancellation, though, seems more like a form of cosmetic surgery: It’s expensive, ill-advised, and leaves every internal problem untouched; it makes the recipient feel good but elicits groans from everyone else.

Now that we’ve abused one analogy, let’s try another. Maybe student debt cancellation isn’t a form of medical care but a form of addiction: to “emergency” power. Emergency powers have the same basic appeal as other narcotics; they are a holiday from reality, whether that reality is embodied in loan agreements, the intricacies of formal agency rule-making, or the federal Constitution’s separation of powers.

Lack congressional support for your legislative agenda? No worries. Not interested in the delays and iterative processes of notice-and-comment rulemaking required by the Administrative Procedure Act? Not a problem. Need a timely bit of patronage for your constituents at taxpayer expense? You’re in luck. An emergency can be made to fit any priority. Malleability is the essence of its addictive appeal.

The temptation was there from the outset. The earliest days of the Biden administration were marked by the Covid-19 emergency; like many a curious youth, the new administration took to experimenting. First, it told the CDC to extend the eviction moratorium. Next, it directed OSHA to impose a vaccine mandate on 84 million members of the nation’s private workforce. Now, nearly two-and-a-half years after the onset of the Covid-19 pandemic, Biden and sundry lawyers scattered across the administrative apparatus have determined that pandemic-related exigencies make it necessary to transfer weal—er, “forgive” over $300 billion in student loan debt.

Why? Were loan pauses too little? Have borrowers’ positions become worse in the last few months? Is the job market for college grads suddenly collapsing? Well, no. Unemployment is at 2 percent for college graduates. Many borrowers never lost their jobs and never saw their earnings decrease, least of all in the last few months as the worst restrictions have been retired. Many borrowers leveraged a tight labor market to acquire new, better-paying positions.

No matter. There’s an emergency afoot. And only the intrepid executive branch has the expertise to tell us when it’s over. Expert analysis projects an end roughly as a new administration is poised to take office. In the meantime, this administration is free to invoke a relic of the 9/11 era, the HEROES Act, to justify a bit of debt cancellation. This remarkable piece of legislation empowers the Secretary of Education to “modify” or even “waive” duly enacted laws and regulations—without Congress’s input—whenever there is (1) an emergency, and (2) the change is necessary to help borrowers directly affected by that emergency.

There is no apparent time limit to the secretary’s ability to suspend laws governing student loan repayments. The power is available as long as there’s an “emergency” in effect, as determined solely by the president. Nor is there an apparent geographic limit. Congress may have had emergencies such as the 9/11 attacks or natural disasters such as hurricanes, events with geographic boundaries, in mind when they wrote the HEROES Act. But if they did, they made no such limit explicit. And when there’s a global pandemic, the secretary’s power to revoke law extends from sea to shining sea.

But wait, there’s more. Congress, cast here in the role of cool parent trying to keep its child from running buckwild, placed mild constraints on this alarming grant of power. Only those measures that are “necessary” to help student borrowers “directly affected” by the emergency would be authorized by HEROES.

But cool parents like to let their children experiment with boundaries. And the administration’s lawyers have acted accordingly. The legal memorandum from OGC helpfully informs us that the word “necessary” doesn’t necessarily mean necessary. Nor does “directly affected” mean that the borrowers’ harm must be pandemic-caused. And as we already know, an emergency is a not so much an objective assessment of prevailing conditions, it’s a state of mind—a vibe, if you will, based on what the president and the secretary happen to feel in a given moment.

Critics might call this a prelude to despotism were it part of a coherent plan. But neither coherence nor planning are hallmarks of this administration. The whole exercise reeks of opportunism, and the supporting memoranda are the legal equivalent of underarm deodorant. But the enduring power of an emergency remains dangerous even when wielded in this ad-hoc fashion.

According to the Brennan Center, there are currently more than 40 active emergencies declared by Presidents dating back as far as 1979. For a frustrated executive, there can be few rushes headier than crying “Fiat Emergency” and seeing legislative obstacles vaporize. Long-term usage becomes habit-forming. The antecedent to Biden’s unilateral move on student debt can be found in the Obama administration’s similarly unilateral move to prevent removal of certain aliens under DACA and DAPA. Meanwhile, regulatory structures thrown up as responses to particular emergencies tend to ossify and become permanent fixtures in the administrative state.

Lately though, the Supreme Court has switched roles from longtime enabler to sober friend, trying to ween the power-addled executive off of emergencies. In August 2021, the Court left in place a stay preventing the CDC’s eviction moratorium from taking effect, explaining that “If a federally imposed eviction moratorium is to continue, Congress must specifically authorize it.” For the same reason, the Court later restored a stay that kept OSHA from imposing its vaccine mandate.

The Court never denied that Covid-19 had been an emergency, but its rulings reflected the fact that over a year after covid reached our shores, there was time and knowledge enough for Congress to make responsive policy. The need for sudden, non-deliberative policy making by the president had passed. Still more recently, in West Virginia v. Environmental Protection Agency, the Court announced that an agency’s power to regulate “major questions” of public significance must be clearly authorized by Congress. Critics saw that decision as hampering the EPA’s ability to address the climate-change emergency.

The “major questions” doctrine may prove to be a hurdle for the administration if student debt cancellation is challenged in court. The HEROES Act nowhere states that the secretary has the unilateral power to erase debts. It is a mistake to think that manipulating the boundaries of emergencies is a viable means of addressing them. Legislative solutions, even incremental ones, better ensure solutions that are permanent, popular, and thus more impactful in the long run.