Remaking the World in the Neoconservative Image

What they advocate isn't a foreign policy; it's an ideological fixation. 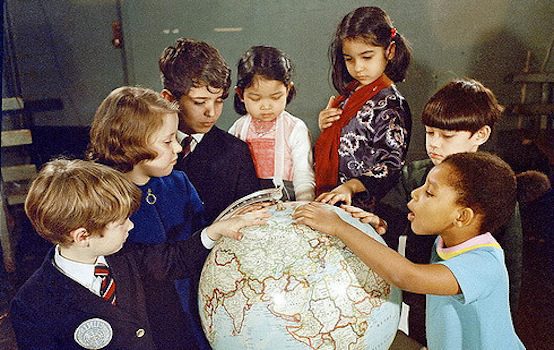 New York Post star columnist Benny Avni has raised alarms that President Trump may be getting too friendly with President Xi of China. This could cause serious international complication if it prevents us from limiting Chinese influence in the world: “A domineering China is bad for America and for the world, as it presents a dictatorial model of governance aiming to compete with Western democracy.”

According to this script, the U.S., our showcase democratic ally Israel, and Western European leaders like France’s Emmanuel Macron and Germany’s Angela Merkel who control nationalist impulses in their countries, stand for democracy. In contrast Russia, China, the European right, and Iran are the bad guys. The rest of the planet is waiting at the existential crossroads trying to decide whether to go with Team A or Team B.

Those at the crossroads, moreover, behave morally when they side politically with the U.S. and practice the counsels of perfection when they obligingly adopt “Western democracy.” The “West” of course means the U.S. and those in Western Europe who describe themselves as Atlanticists and do what the American political establishment wants them to do. The West also includes European globalists and parties of the left, providing they’re not anti-Israeli and providing they’re willing to cooperate with our State Department. The West, needless to say, does not embrace the nationalist right, anywhere outside of the U.S., except in Israel.

The democracy that neoconservatives wish to export to foreign countries involves adopting the political culture that now prevails in America and in other advanced democracies. Feminism and gay rights are now parts of the package, according to younger neoconservatives like Jamie Kirchick. Neocons of an older generation, whom I knew while working in Washington in the 1980s, required from our political friends a less rigorous observance of the true faith, e.g., holding regular free elections and voting with the U.S. and Israel in the UN. But the goal for Charles Krauthammer, Joshua Muravchik, Elliot Abrams and the National Endowment for Democracy has always been the same, converting the globe to American-style democracy.

Presumably countries will continue to fight until this noble goal can be attained. Since democracies presumably never make war on each other and since the U.S. presumably never started a foreign war unless provoked by bad hombres, we won’t have to worry about armed conflicts once “Western democracy” is instituted everywhere. Right?

As the Russian radical leftist (living in Paris) Alexander Kojeve pointed out during the Cold War, having one superpower put in a position to dominate the globe might indeed end armed struggles, albeit at the price of establishing tyranny almost everywhere else.

Kojeve, who was an admirer of Stalin, thought that the advantage of having a world at peace with uniform set of beliefs was well worth the acceptance of Soviet domination. But in Kojeve’s case we are not talking about international politics, but embracing a brutal means for making politics go away. International relations assume the operation of varying and often conflicting national interests that must be brought into line in order to maintain stability. Avni and his friends at the New York Post look forward to something very different, namely a world controlled by people like themselves in which ideological and significant political differences will no longer be tolerated.

Contrary to what their critics have said, I see no reason to doubt that neoconservatives genuinely believe in their unipolar, ideologically homogenized view of the world. Even if they give a pass to Israel by turning the other way when it expels thousands of African asylum seekers, American neoconservatives may also be sincere when they articulate their general vision of the global future. Presumably they’d like to see troublesome ethnic identities vanish in most of the world and be replaced by their ideal version of the American system. And they are genuinely committed to having the U.S. lead the crusade to bend the world to their vision.

This enthusiasm may be re-enforced by certain personal considerations. Neoconservative journalists, academics, and political advisers have attained a level of success that most envy. They may therefore believe they’re doing humanity a favor by conferring on them their preferred version of “American values.” The fact that they continue to enjoy immense power in the Republican Party and the national media and that their foreign policy is widely considered to be the only “conservative” one suggests that they’re not expressing isolated views. I hear lots of obliging followers repeat their clichés on Fox News and on Republican talk radio. It would also not be a stretch to describe their “armed doctrine” (to use Edmund Burke’s phrase) as a variation on the liberal internationalism that has marked American foreign policy through most of the 20th century. What the neoconservatives preach is a more revolutionary as well as more idealistic formulation of what our “democratic” and human-rights based dealings with the rest of the world are supposed to look like.

Still neoconservatives like Avni are advocating not a foreign policy but an ideological fixation. It is a mistake to treat it as anything else, least of all as a recipe for serious diplomacy.