Israel’s Illegal and Excessive Use of Lethal Force in Gaza 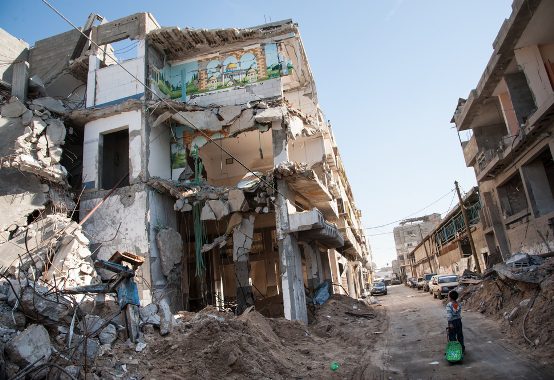 Nine more unarmed Palestinians were shot to death by Israeli forces during the latest Gaza protests, including one journalist who was clearly identified as such:

Murtaja was laid to rest Saturday in the land he never left. His body was carried through the streets of Gaza City draped in a Palestinian flag and the blue-and-white vest marked “PRESS” that he was wearing when he was shot.

Murtaja, whom friends and family described as ambitious and always smiling, was one of nine people fatally shot on Friday after Israeli troops used live ammunition as tens of thousands of Palestinians gathered to protest at the heavily guarded boundary with Israel.

Five other journalists were injured by live fire, as well, according to the Palestinian Journalists Syndicate. They were clearly identifiable as journalists, the syndicate said, raising further questions over Israel’s insistence that its use of snipers on the crowds at the border is carefully targeted.

If the “use of snipers” against unarmed protesters is “carefully targeted,” that makes the crime of shooting these people that much worse. It would be horrible enough if Israeli forces were firing into an unarmed crowd out of panic or confusion, but if it is being done “carefully” then they are very deliberately choosing to target the people they shoot. In Mr. Murtaja’s case, he was presumably targeted and killed because he was a journalist and was there to report on what was happening. Whether the shooting of unarmed people is being done “carefully” or not, it is blatantly illegal to use lethal force except when there is an imminent threat to one’s own life. There is no excuse for the illegal and excessive use of force against these protesters, and the only question that these killings should raise is why there is not more outrage over the calculated shooting of unarmed people.

Here is a reminder of the conditions created by the blockade of Gaza:

Gazans are grappling with an economy in collapse. Hospitals are short on medicine and there is electricity only for a few hours at a time. The water is undrinkable and raw sewage is pumped into the sea. While Gaza was poor and crowded to begin with, the 11-year-old blockade by Israel and Egypt has driven it into crisis.

Israel’s government has trapped millions of people in an open-air prison for more than a decade with the cooperation of Egypt. It has driven people there to the point where many will put themselves at risk of being killed in order to protest against the awful conditions created by their blockade:

“This is not a battle that protesters are coming to with guns,” Mr. Munayyer said. “They’re coming to it with their bodies and they’re confronting very real policies of violent repression. The protesters paid with their lives to get people to question whether these policies are justifiable.”

The Israeli government is illegally using lethal force against unarmed people, it is doing so in support of an outrageous blockade that has created a dire humanitarian crisis affecting millions of people.