How ‘Diversity’ Became Its Own Pagan Religion

Those who invoke it refuse to acknowledge any common human ground, a challenge to Christianity itself. 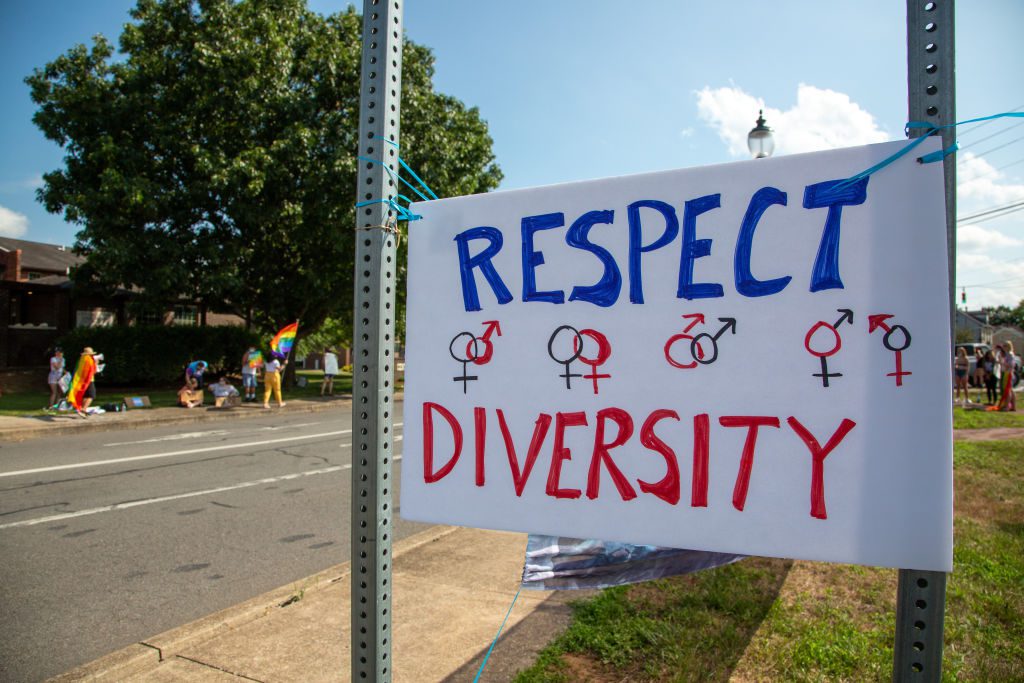 As our society fractures into hostile factions without any apparent glue to hold them together, it is an appropriate time to consider our culture’s embrace of “diversity.” Diversity is now the raison d’être of contemporary life, dominating the culture of our universities, corporations, entertainment, and other mainstream institutions.

Conservatives are rightly skeptical of the mania surrounding diversity. They know that, when you lift up the lid, you find race hustlers shaking down corporations, mediocre academics in “ethnic studies,” and guttersnipe actors and musicians promoted well beyond their aesthetic abilities. In short, we see a scam designed to steer power and money to certain groups and away from others. More importantly, while the alleged goal of promoting diversity is social harmony, diversity huckstering has instead produced seething hatreds, racial and gender finger-pointing, and a degradation of cultural standards.

What are conservatives to do? First, they should not glibly dismiss the kernel of truth in their opponents’ position. As it is actually lived, human life is in fact a wealth of diversity and would be quite monotonous without it. No two human beings are alike, no two pieces of great art or music are precisely the same, no two nations or cultures are identical, no two moments in time are an exact match, and the natural world of animals and plants is a kaleidoscope. Diversity is much of the reason we travel or wander through a museum. Life is wonderful precisely because it is diverse.

Acknowledging all this, where has our current diversity gone wrong? Why has it produced such inauspicious results? The problem is that many diversity advocates refuse to admit that, while life is diverse, it also has an element of oneness, certain common elements that are inescapable. This common human experience is reflected in such popular expressions as “the more things change, the more they stay the same.” As the great Irving Babbitt expressed it: “Life does not give here an element of oneness and there an element of change. It gives a oneness that is always changing.”

Diversity hucksters emphasize what is superficially different about human beings while failing to acknowledge our profound commonalities. This error manifested itself when the civil rights movement jettisoned Martin Luther King’s appeal to character as the ultimate standard of judgment and instead began to assert that only skin color matters. A recognition of what is common among human beings requires that we consider those human beings on a moral and religious level, not just at the level of superficialities.

What distinguishes human beings from everything else in the universe is that we are cleft between what is good and what is evil. We all have a “higher self” that can act with virtue and decency and a “lower self” that can act with malice and hatred. What all great religious traditions acknowledge is that the taming of the lower self brings harmony with what is divine in our nature, and this brings happiness. On this point, there is common agreement between the Hindu religion’s Laws of Manu, Aristotle’s Nichomachean Ethics, the Buddha’s sayings in The Dhammapada, the prophets of the Old Testament, the Pauline epistles, and many sayings in the Koran. For human beings to live together in peace, individuals must act upon what is highest in themselves, rein in their passions and desires, and act, not according to their own selfish will, but according to a will greater than themselves. At this level of existence, human beings are not diverse; they are the same.

The diversity hucksters refuse to acknowledge that the only true source of order in society is this “self-ordering” that takes place within the heart of every person, that allows diverse people to share a common bond. Instead they insist that moral and spiritual strivings are irrelevant to the social order and that only by advancing certain identity groups, and disadvantaging others, can we witness an improved social order. Not surprisingly, when you jettison character, you get social chaos, not social cohesion.

While these points may seem philosophically arcane to some, when we get them wrong, there are profoundly bad consequences on a grand scale.

Consider, for example, the issue of nationalism that is all the rage right now in conservative circles. One historic form of nationalism that refused to recognize what is common among all human beings, only what was unique to one nation, was the German Volk. German culture, it was thought by their Romantics, was not simply a creative expression of what is common to all people; it was something existentially superior to all other cultures and nations, something not in the same moral universe. According to the Volk, all Germans were superior by virtue of their birth. We all know where the Volk took Germany. But we should recognize that there is little philosophical difference between the moral premises underlying the German Volk and our current campus hucksters who insist that some people are inherently superior simply because of their race or gender, simply because of an accident of their birth. Campus bullying by woke groups has much in common with the thuggery (and much worse) that emerged from the Volk.

Even conservatives can unfortunately get this wrong. Secretary of State Mike Pompeo might be alarmed to discover that his intellectual predisposition toward “American exceptionalism” places him firmly in the same philosophical camp as our campus diversity hucksters. He told the Claremont Institute (emphasis added), “America is exceptional—a place and history apart from normal human experience.” What possible common ground could our chief diplomat find with other nations and cultures when America is so existentially unique as to be outside history itself? Pompeo’s insistence that Americanism is “apart from normal human experience” is little different from the campus activist’s insistence that white men can never understand the unique experiences of those of a superior gender or race.

A healthier form of patriotic nationalism could acknowledge the many remarkable, and even exceptional, aspects of our history without cutting us off from a common humanity and insisting we are beyond good and evil. This metaphysical American exceptionalism is an invitation to bully other nations, which, by definition, are considered morally inferior. If you think American foreign policy has gone off the rails because we selected the wrong grand strategy, and not because of what’s happening to our culture, think again.

The profound challenge we face is that the omnipresent diversity propaganda represents an ersatz religion, a pagan and tribal religion that rejects the possibility of what Claes Ryn has called “a common human ground.” It rejects the Christian truth that all human beings are Imago Dei, which, in this sense, makes it profoundly anti-Christian. When you recognize that the nation is in an existential struggle between an older Judeo-Christian tradition and an intolerant, retrograde, and pagan religion, the 2020 election seems quite less important.

William S. Smith is senior research fellow and managing director of the Center for the Study of Statesmanship at The Catholic University of America. His recent book is Democracy and Imperialism.