Gretchen Whitmer, one of the worst pandemic governors, is about to get reelected. 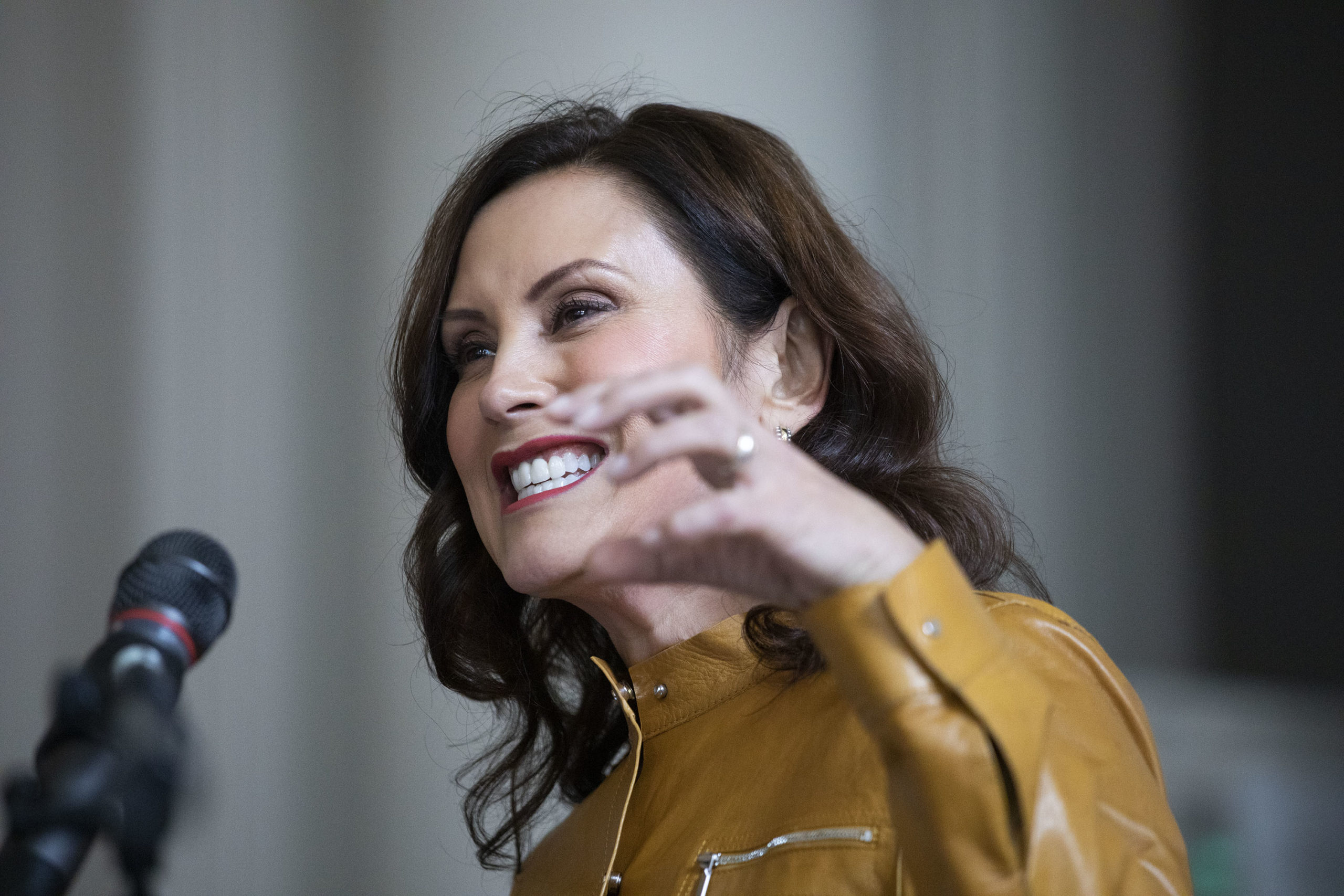 It was summertime in northern Michigan, and while nothing funny was being smoked, something smelled suspect. A Lansing man was planning a trip up to Elk Rapids, to take his boat out on Memorial Day weekend. Located a few miles north of Traverse City, the dock had started its season three weeks later than usual, due to Covid-19 restrictions, and was behind on an already busy holiday weekend. A few days’ notice wasn’t enough time to ready the boat, especially not with countless clients ahead of him, the dock employee told the boat owner. The owner responded, “I am the husband to the governor. Will this make a difference?”

The man was Marc Mallory, spouse of Gretchen Whitmer. His wife had imposed restrictions on lake activity back in March—no motorized boating, no roadtrips, no travel to secondary homes—and despite having lifted some of these rules around the time her husband wanted to go out on the water, prior to the holiday she issued a statement about the risks of boating for the average Michigander. If you don’t already live on a lake, Whitmer warned, you should “think long and hard before you take a trip into them.” That is, unless your name is Mallory.

Moments like this earned the state’s 49th governor titles like “Wicked Witch of the Midwest,” “Witchmer,” and other five-letter derivatives I won’t repeat. At the height of the pandemic, she was persona non grata to thousands of Michiganders, who vowed she would be a one-term governor. Now, weeks from November 8, her judgment day is looking a lot more likely to be an acquittal. What happened?

Political memory, of course, is all but an oxymoron. Few are ever permanently exiled, so long as they espouse the right views, which is why Bill Clinton can still show up at parties. It’s also why the Detroit News published a poll recently showing 42 percent of Michigan voters will not be weighing Whitmer’s Covid-19 response in choosing which way they vote—a sharp drop from two years ago. Still, a quick Google search of Whitmer’s name and “Covid” comes up with pages of recent articles about how, despite the loud objections, her pandemic response was good, actually, which is when you know something is up.

It is hard to say what most frustrated Michiganders during the Covid lockdowns, but Whitmer’s abuse of her emergency powers is surely near the top of the list. The governor issued hundreds of executive orders in the span of a few months, regulating everything from boat usage to the number of people who could sit together at a restaurant—a rule which was still in effect in May 2021, when Whitmer herself violated it to get pizza with a group of 12 friends. (She rescinded the rule following the incident.) Other bans passed via executive order included the sale of seeds and home gardening supplies, paint, carpeting, flooring, and furniture. Lottery tickets and abortions remained available.

Another low point in the pandemic restrictions was when Whitmer banned in-state travel, even to another home that belonged to you. And in a move that seemed particularly targeted at my alma mater, Hillsdale College, she banned in person classes again in December 2020, months after the initial pandemic dust-up had settled. She blamed the Delta variant, but at the time, Hillsdale was one of only a few schools in the state teaching class in person.

By the summer of 2020, Michigan was fed up. While right-leaning voters were likely the more vocal, it was a cause that united parties and factions. Hundreds of thousands had signed petitions. The Facebook group Michiganders Against Excessive Quarantine had more than 300,000 members. Dozens of lawsuits were filed, including one from the Mackinac Center in May 2020, which finally did the trick. In October 2020, the Michigan Supreme Court ruled that the governor’s use of emergency powers violated the state’s nondelegation clause by inappropriately delegating lawmaking authority to the governor. The court also ruled unanimously that Whitmer had overstepped her power when she had extended the state of emergency in April of that year without the consent of the legislature. The state paid $200,000 in attorney fees, and a lot more in political capital, as Whitmer turned to the health department to enact her further rulings.

Just days after the Supreme Court’s ruling, however, another story broke about Whitmer. Reports told of six men attempting to kidnap the governor, surveilling her Elk Rapids lake house, and rehearsing an attack before they were caught by the FBI. The agency arrested fourteen men associated with the case. Naturally, the story had the effect of inspiring a little pity for the governor. That is, until the investigation suggested that in addition to tracking the would-be kidnappers, some FBI agents may also have provoked them to action. Those promoting the story grabbed brooms and lifted rugs. In the end, only two men were convicted, and not for attempting to kidnap the governor, but for conspiring to obtain a weapon of mass destruction. Rather than the compassion call it had first looked like, the incident instead became a punch line for political opponents, including Tudor Dixon, the Republican running against Whitmer this fall: “The look on her face was like, ‘Oh, my gosh, this is happening. I’d rather be kidnapped by the F.B.I.’”

Whitmer’s 2018 run for governor was against former Michigan Attorney General Bill Schuette. It was one of the most expensive races in the state’s history, but timing was on her side. The narrow victory in a deeply purple state has been attributed to the reactionary votes of (angry, white, liberal) women, appalled that Donald Trump had not only won the presidential election, but won over a majority of their neighbors and relatives.

This time around, Whitmer has a different wind at her back, in part due to the overturn of Roe v. Wade. The Michigan state legislature has offered a ballot proposal, Proposal 3, the effect of which will be to bolster support for someone who might otherwise have been a very unpopular candidate. Prop. 3 would amend the state constitution to enshrine a legal right to “reproductive freedom,” but it goes beyond abortion. The bill establishes a right to abortion, sterilization, and “miscarriage management,” and does away with parental consent for minors, meaning that in addition to life-ending procedures, a fourteen-year-old could decide to take hormonal drugs, which often have the effect of sterilization, without the wisdom of an adult in the room.

The proposal sponsor, a Michigan activist group called Reproductive Freedom for All, has marketed the bill as the “common sense, middle-ground solution,” which means that elected officials could still regulate abortion after fetal viability, around 23 to 24 weeks into a pregnancy, unless any “medical professional” (yes, even your massage therapist) deems the procedure necessary for reasons of life, physical, or mental health.

Federal judges in Michigan have already suspended the state’s 1931 abortion ban, but in an election year, it is going on offense that matters. Abortion turns out voters, and often in one direction. For Whitmer, the misdirection doesn’t hurt, either. In the aftermath of devastating lockdowns, if voters will only fixate long enough on their devotion to the tribe’s dearest cause, they might forget the woman sitting atop the rubble.