In his latest, Ryszard Legutko wrestles the notion of freedom away from the liberal monopolists who delivered anxiety and deracination instead. 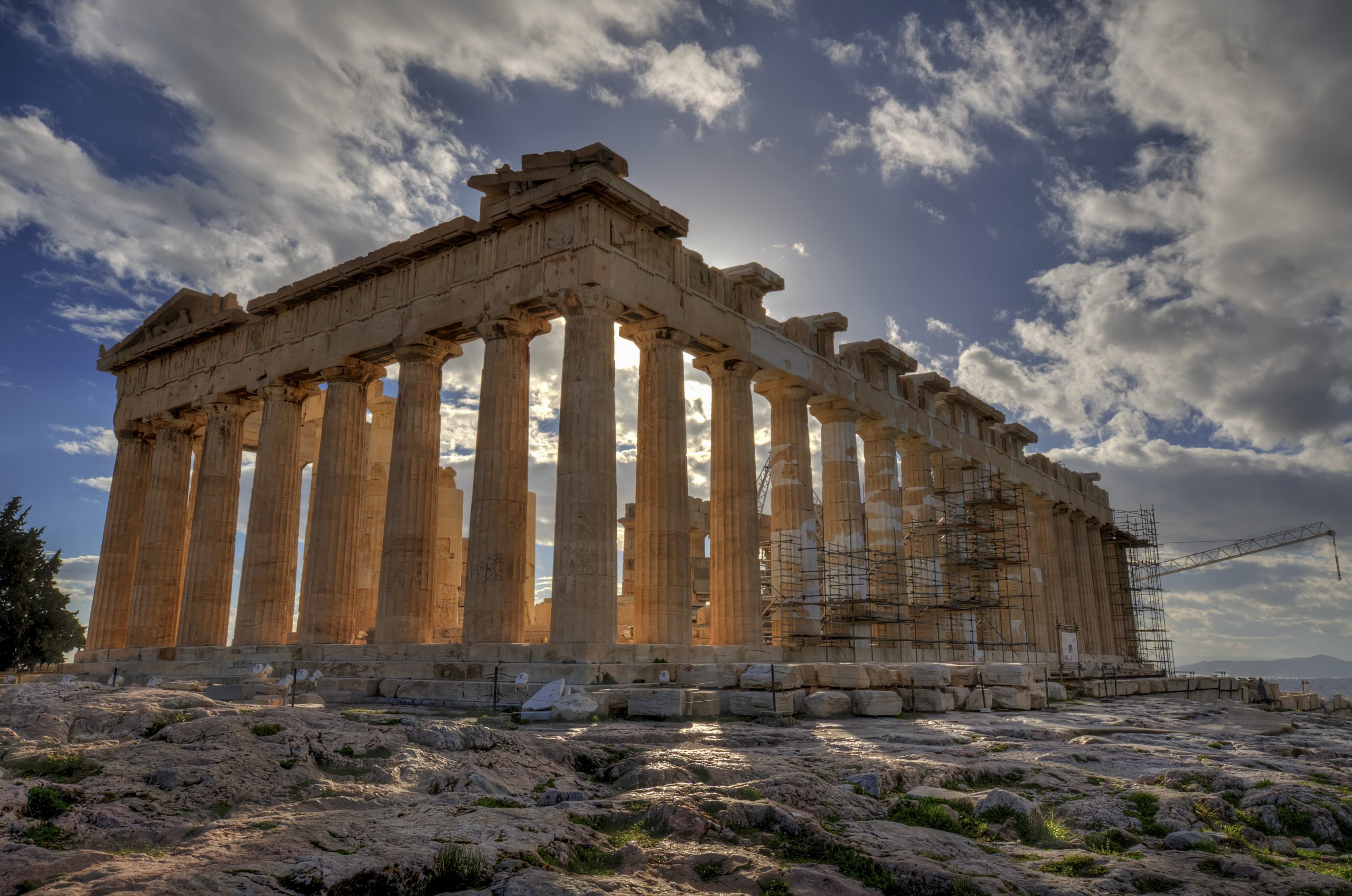 Following the @realDonaldTrump and Parler bans, Big Tech busters calling for Section 230’s repeal were met with a familiar libertarian reply, one that illuminates not just the right’s fracture over the First Amendment but a larger, quintessentially Western contention over the meaning of freedom itself.

Corporate-friendly Republicans argued that the coercion required to enforce those rights would amount to a permanent commissariat at the governing party’s fingertips, launching us down a speech-chilling slippery slope sure to end badly for conservatives. Beneath this shoe-on-the-other-foot retort lies a minimalist notion of freedom as a thing for the market to organically bring about, out of the state’s reach to effectuate. Technocratic faith in this axiom turned into pedantic smugness when the libertarian blog TechDirt launched a Twitter archive of “bad Section 230 takes,” dismissing conservatives’ every rationale for digital antitrust as irredeemably conducive to authoritarianism.

This is an old, familiar dissension. In a series of Oxford lectures republished as Four Essays on Liberty (1969), the British social theorist Isaiah Berlin warned that metaphysically inspired views of the good life—conducive though they may be to objective well-being—should retreat from the public square lest they inspire agendas of the kind that drove his family out of their native Latvia in the 1920s. The totalitarian nightmares of the 20th century created an intuitive bias toward this perspective that any normative basis for coercion forebodes mass suffering. In the now-prevalent view, freedom necessarily affords an aimless latitude. Only the individual’s appetites and desires are its rightful commander.

Our hyper-liberal secular age writes off those defending any deeper collective purpose, or a hierarchy of ends to which freedom can be used, as cranky zealots. Berlin’s lectures were an open-handed slap to this older view of freedom rooted in the classics and the Bible. Continuing this conflict today on the defense is Polish statesman and philosopher Ryszard Legutko, whose refreshing, erudite latest monograph journeys into the pre-modern in a quest to unveil The Cunning of Freedom. Legutko co-chairs the European Conservatives and Reformists (ECR) Group in the European Parliament, where his native Poland’s Law and Justice party (PiS) is ascendant since the Brexit-triggered exit of the UK Tories.

This latest work builds on the themes of Legutko’s previous book, The Demon in Democracy (2016), which propelled him to wide U.S. readership. Like TAC’s own Rod Dreher in Live Not By Lies, Legutko warns about the frightening zeal to shoehorn private conduct and thought into the politically correct, liberal mold. This is compounded in Europe by an unaccountable supranationalism that has creeped into the heretofore national-sovereign areas of social policy, recently issuing self-righteous rebukes of Poland as an authoritarian backwater populated by retrogrades. What began as a philosophical niche in the early 2000s has gained traction as the contours of what James Poulos calls the “pink police state” have hardened up—in 2005 Legutko’s PiS rode a wave of socially conservative dissent vis-à-vis Poland’s acculturation to Western liberal norms. It won a presidential reelection last summer and is now overseeing legal battles against liberalized abortion and Big Tech’s supranational censorship.

In The Cunning of Freedom, Legutko’s critique of liberal assumptions is grounded in deeper philosophical soil, that of the ancient and biblical coupling of freedom with the fallenness of human nature, a connection strained by modernity and altogether broken apart by progressivism. Indeed, a defining zeitgeist of modernity emerges with the quantum shift in Western imagination about the external constraints on the self, whereby freedom acquires its contemporary meaning. Human emancipation has become synonymous with the unshackling of man from state and established religion—a list since expanded to community, social mores, family and most recently biological determinants. The groundwork for this was laid first by an evolving view of human nature, one misguidedly viewed as more “humanistic” than the one it replaced.

Human beings, goes this modern epiphany, are wired to crave self-fulfillment in individual pursuits; thus, man realizes his inner nature in a social order of liberal license. While contemporary notions of freedom crystallized with modern liberalism in the 19th century, they wouldn’t have trod the same path had human nature itself not undergone an epochal reframing in the Renaissance. The modern concept of the self—ennobling every appetite and desire as worthy of, at a minimum, not being trampled upon—discards the older, revealed truths about human nature as an unstable synapse between light and darkness, between higher callings and lower urges. It abandons the sense of freedom as the mastery of the self over the self.

Legutko recounts the contest between freedom old and new across several of its archetypal battlegrounds—in the philosopher, the entrepreneur, the artist, the aristocrat. In each he unveils the motion through which freedom ends up undoing itself. The liberal approach to the human will was more naïve than harmful per se, and in this it reflected a necessary course-correction from the excessive corsets of medieval times. Legutko draws from the ambitious socio-cultural criticism of post-liberal pioneers such as Daniel Bell, who painted a similar portrait in The Cultural Contradictions of Capitalism (1976). Namely, it never takes more than a couple of centuries for willful aesthetic experimentation to degenerate into post-artistic painting, for Adam Smith’s bourgeois cocktail of laissez-faire and Protestant morality to descend into capitalistic greed, and for the Enlightenment’s door-slam on transcendence to metastasize into Nietzschean nihilism. In this sense, Legutko’s effort to save the self reads like a call for the prodigal son—frozen in the cold imposed by his own akolasia, Aristotle’s term for the aimless quest to satisfy urges—to return to the comforting certainty of limits.

So what is, precisely, the paradigm of prudence where Legutko wants our notions of freedom re-anchored? Well, unlike the ethnocentric Western monolith of progressive imagination, it’s an eclectic blend of two distinct outlooks, each reinforcing the other by approaching the freedom-and-the-self puzzle from a different angle. For the observant Christianity of Legutko’s Poland—not the self-help, therapeutic type dominant elsewhere—the liberal ordering of freedom to satisfy human desires is doomed from the get-go, for the happiness it promises belongs not to this world. Biblical and classical tradition point to another way. The Gospel’s lesson is that only a life of penitent piety and service to others can give true meaning to the suffering intrinsically bound up with earthly experience. The Greeks, for their part, based their ideal of virtue on a tweaked version of original sin, one that doesn’t preclude us from proudly lifting ourselves above the baser instincts embodied in our fellow human beings. The aristocrat, the manifestation of that ideal most offensive to liberal sensibilities, is in such dominion over his in-built vices that the collective burden of self-governance in the polis can be offloaded onto him, and to better effect.

Where the Christian and Greek surveys of our inner and social selves meet is in viewing human nature as intrinsically communal, actualizable only in the company of our fellow men who elicit our higher desires, which are at bottom about serving them in turn. Therein lies also our last best hope for beginning to rethink our spent notions of freedom. Berlin did exactly that towards the end of his life, when he woke up to the false promise of the normatively vacuous freedom he’d so sternly defended. So will Legutko’s readers.

Jorge González-Gallarza (@JorgeGGallarza) is the co-host of the “Uncommon Decency” podcast on European issues (@UnDecencyPod) and an associate researcher at Fundación Civismo.