The Vox Party’s Fight For The Family 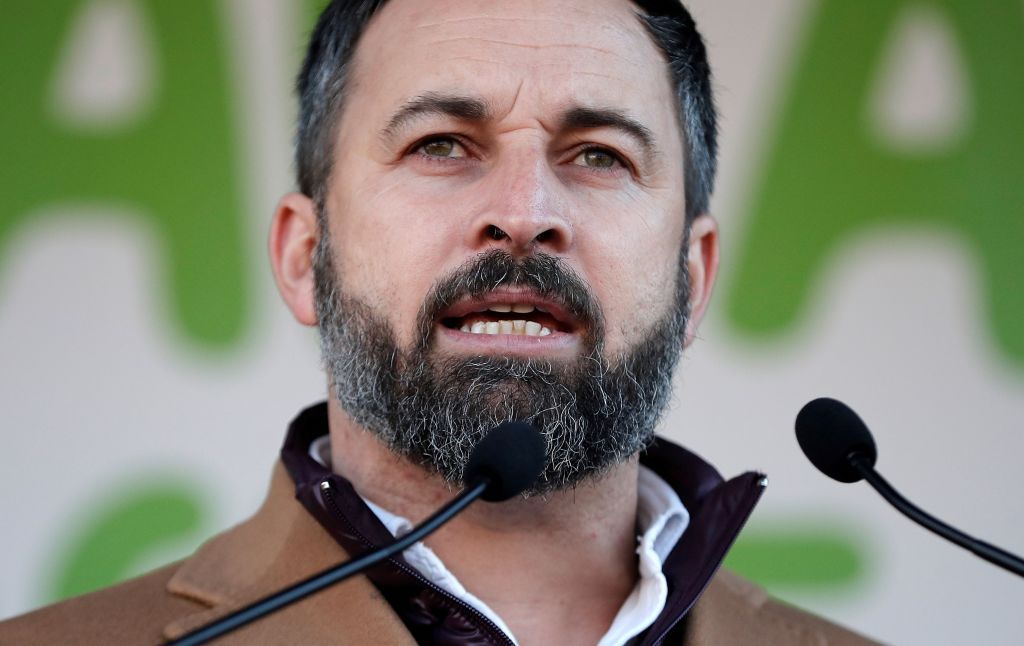 Here’s news from the fight in Spain against the coming totalitarianism. The Spanish daily El Pais gives background:

A policy from the far-right Spanish political party Vox is causing heated debate over education and the rights of children. Dubbed by Vox as the “parental pin,” the policy gives parents the right to stop their children from attending complementary workshops organized during school hours. The measure means that schools will need to ask for parents’ permission to give “talks, workshops or activities with an ideological or moral leaning against their convictions,” according to the text of policy. This includes talks on sex education and LGBTQ+ rights.

The debate over the policy broke out last week after Vox said that it would not support the budget in Spain’s south-eastern region of Murcia unless the parental veto was included in the educational program.

Meanwhile, eight regional education ministers from the PSOE [Socialist Party] signed a document on Monday that accused Vox of using the parental veto to “break school harmony and the culture of dialogue to impose blind and uncritical authoritarianism.”

In an interview with the Spanish newspaper El Correo, published on Sunday, Celaá [the Education Minister] said that a “homophobic family […] does not have the right to make their children homophobic as well.” “Parental authority cannot be confused with property,” she added.

Celaá’s claim that children are not the property of their parents was attacked by the leader of the [conservative, allied with Vox] PP, Pablo Casado, who linked the argument with communism.

“Are they telling me that we have families like in Cuba, that children belong to the revolution?” he said on Sunday. “Are we going to arrive at the point where children inform on their parents if they are not good revolutionaries?

That’s exactly what the left-wing Spanish government wants. You should know that calling Vox “far right” is standard practice in the European and US media. El Pais published a summary of the party’s main ideas. This is “far right”? Come on!

So, the other day, the Socialists’ parliamentary spokeswoman tweeted this accusation against Vox. I’ve screenshotted (screenshot?) it with a translation: In English, that means:

What we can’t stand is for you to come into our house and tell us how we have to live and how we have to educate our children. And even less if you promote pederasty with public money.

El Pais reports today on the kinds of programs that are being affected by the criticism from Vox and others, including Catholics and other Christians. One of them is Skolae, a radical sex-ed and gender ideology indoctrination program implemented by the government in the Spanish state of Navarra. No one is allowed to opt out. According to Skolae’s own document (in Spanish), the program includes:

It is necessary to reflect on the multi-causal nature of social phenomena and, as is evident, also of gender inequality. Angela Davis, for example, elaborates the concept of intersectionality in order to “understand the categories of race, gender and class as connected, intertwined and intertwined elements”. It is necessary to make visible the diverse categories that generate and reproduce inequality: race, gender, class, ethnicity or culture. The environment of the educational action is characterized by a progressive multiculturalism. The coeducative action must be a space to be aware of the different cultural variants of the sex-gender system. It is necessary to jointly know and analyze its implications in the society in which we live.

It is especially important to ensure that inequality is seen as a social problem, not as a women’s problem, nor as a strictly individual problem. Students should be incorporated as subjects of the coeducational action, so that they question their masculinity, challenge its relations with violence against women, and get to know other egalitarian masculinities, masculinities that feel committed and comfortable in models of coexistence with empowered women, just as free as men. Methodological research should be strengthened to ensure that all students, not only those previously sensitized to equality, question the concept of hegemonic masculinity and subject to criticism the privileges of those they enjoy.

And check this out, their goals for children up to age six:

Encourage dialogue and trust in communication about sexual issues both at school and in the family as a factor in the prevention of child abuse. This is insanity. And if you stand up against this to defend your family, you are denounced as “far right” and a purveyor of “hate.” And Twitter suspends your account.

If you don’t think the left in America is going to attempt this, sooner or later, you’re out of your mind. Wake up! This is exactly what the left-wing totalitarians of the Soviet bloc states did: destroyed parental rights for the sake of bringing the children under the control of the state’s ideologues. They didn’t do it to push gender ideology. The Soviets weren’t that crazy. No, that is our own special Western contribution to the destruction of society.

I’m telling you, we are going to have to get used to being called “far right” and insulted by progressive politicians and institutional leaders, if we are going to protect the integrity of our families and our rights as parents, which exist prior to the state. In Budapest last year, I interviewed a couple who were raised under 1950s and 1960s communism. They told me that there was constant propaganda designed to make anybody who believed in religion or any kind of tradition ashamed of it, and of themselves. We are seeing the same thing happening right now in Spain.

It will not stay in Spain.

When I give my speech at the upcoming Rome conference on February 4 (if you’re in the city, you can get tickets here) I am going to talk about the coming totalitarianism, and I am going to bring up the fight Vox and others are waging in Spain. This is literally straight out of the communist playbook, what these leftists are doing, all in the name of progress.