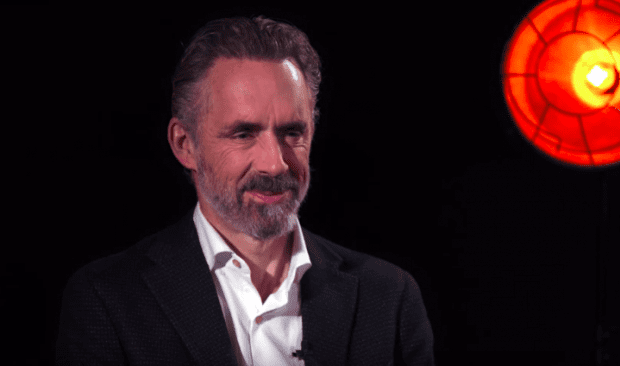 I don’t want to get anyone fired so I’ll try to put this in very general terms.

I do my grocery shopping at night. To avoid crowds. Walking through Walmart around 11:30pm, it is mostly workers. There is a guy buffing the floor, a greeter sweeping, and the employee of the little franchise fast-food place inside the Walmart is cleaning it up and shutting it down.

As I walk through I realize that the radio or something is on–I can hear a voice over speakers somewhere in the store and it is quite loud. Talk radio? It is a man’s voice talking. He reminds me a little of Kermit the Frog, but talking about some psychology stuff. I am standing there in the aisle, listening trying to figure out where I have heard the voice before when I realize it is Jordan Peterson.

I look around and realize that one of his videos is being played and broadcast through some speakers inside the fast-food place–but probably 20% of Walmart can hear it. There is a late 20s white guy cleaning up the Subway. As I am standing there, a Walmart employee also cleaning spies me standing there in disbelief, processing that I am listening to Jordan Peterson. He nods at me and I nod back approvingly. Nothing needed to be said, each understood the other in a flash.

The whole thing reminded me of the scene from Fight Club where the narrator realizes that there are franchises everywhere. I then got to thinking about Jordan Peterson, and realized that Chuck Palahniuk was prophesying the emergence of figures like Jordan Peterson whether he intended to or not.

The men who feel emasculated by liquid modernity are going not going to sit still for this forever. It is not about Left or Right–the Left pushing political correctness might be what brought us to the breaking point, but the more young men I talk to about this stuff are angry at the corporate-consumer world too. Jordan Peterson seems to be the first tangible figure that they can come together around. I doubt he will be the last.

I hope pastors are paying attention. I am not fully on board with JP though I admit I admire him, but there could be far worse figures to come out. Christian institutions and churches rallying around political correctness is not going to work for those that tend towards the Left, it will drive the last men away. At the same time, Christian institutions and churches becoming apologists for American corporate and consumer culture is unlikely to work either.