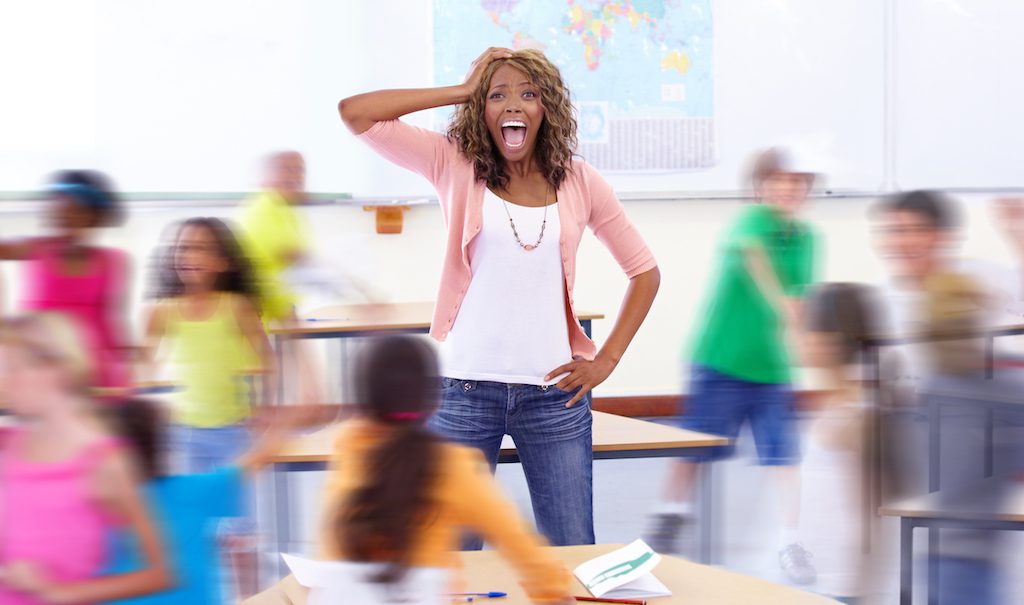 I’ve mentioned in this space before what a revelation it was to me to transfer to a new school for my 11th grade year. I went from a good public school to a better public school: a boarding school for gifted kids. The revelation was what a classroom environment could be like when teachers didn’t have to spend so much time trying to make kids be quiet so she could teach. I had never experienced that before.

In my old school, I don’t recall that it was a racial thing. Kids just would not shut up. I remember going back to visit my favorite teacher in my old school, on the first break we had from my new one, and being gobsmacked by how much time she had to spend trying to discipline her class. And this was normal for every class! Like I said, my old school was considered to be one of the better ones in the state, too. The impression I had — and this was coming up on 40 years ago, so take it with a grain of salt — was that our poor teachers had to spend a shocking amount of time as disciplinarians. There was nothing bad, just the constant chit-chat of restless teenagers who refuse to keep their stupid mouths shut.

I cannot imagine how the teachers in the State of California, always on the cutting edge of things progressive, feel after the passage of this law:

A California bill that passed the Legislature would prohibit schools, including charter schools, from suspending students for willful defiance.

That means if a student is acting up in class, teachers and school officials will not be able to suspend them from school.

The bill by Sen. Nancy Skinner, D-Berkeley, would ban the suspension of students in grades K-8 for refusing to obey a teacher or administrator, a practice known as willful defiance.

“I’ve dealt with a lot of these cases,” said Berry Accius, founder of Voice of the Youth, a nonprofit mentoring program in Sacramento. “Unfortunately, I’ve had kids that have been suspended for sometimes three months.”

Maybe African American males and females, for some reason or reasons, disrupt at a higher rate. Ever thought about that? Of course they haven’t. In the Kingdom of the Woke, it is forbidden to act on the evidence of your senses when that evidence contradicts progressive dogma.

Now state legislators, in their wisdom, have condemned elementary school teachers and the well-behaved students — black, white, Latino, Asian, whatever — to the tyranny of brats. Progressives are dismantling the ability of a basic social institution — the school — to defend itself, and to maintain order sufficient to fulfill its function. And then, when the parents who can afford to get their kids out of the public schools do so, progressives will call them racist.

A couple of weeks ago I saw a black friend, an older woman, who retired a few years back from a lifetime of teaching in Louisiana public schools. She could have taught longer, but she was sick and tired of having to deal with disruptive students and the parents who did nothing but make excuses for how their poor little preciouses were being picked on by the mean old teacher. I don’t blame her a bit, but I do feel the most sorry for the kids who come to school to get the education they deserve, but which the state and society won’t provide for them, because parents and school authorities lack the will to impose basic classroom discipline.

At least in the Golden State, disruptive students will be able to go act up in, by law, the bathroom of their gender choice, because as the state’s public school superintendent said, “In California we move forward, not backward.”