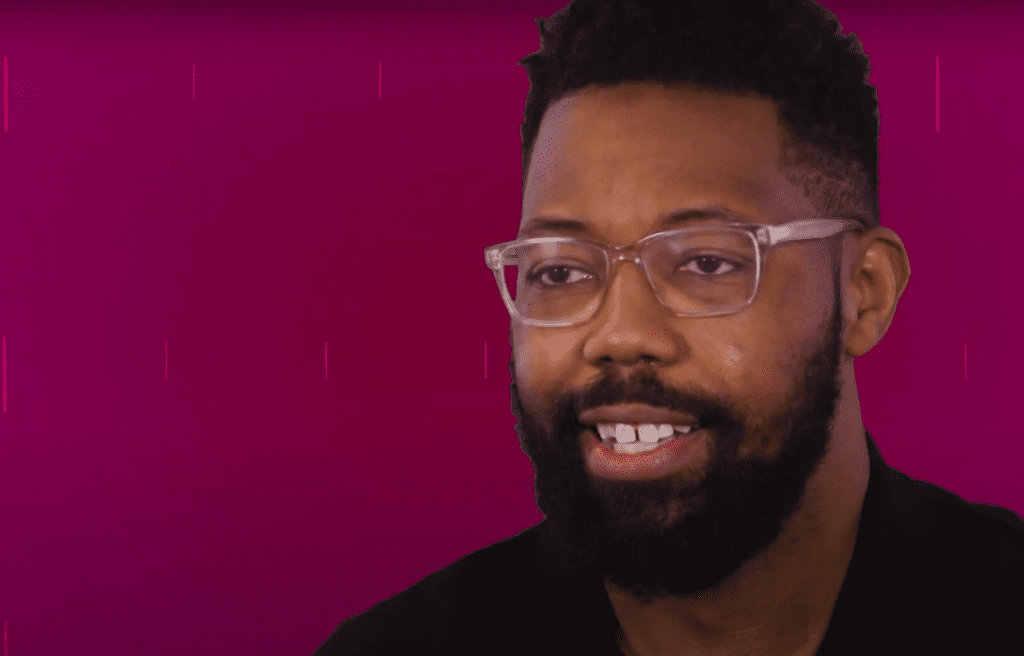 Damon Young, a black writer for The Root, a black-oriented commentary site owned by the same people who own Jezebel, Gizmodo, and The Onion (their parent company is Univision), had this to say at The Root about the Atlanta massage parlor mass murders:

I don’t have much to add here today that hasn’t already been said.

Whiteness is a public health crisis. It shortens life expectancies, it pollutes air, it constricts equilibrium, it devastates forests, it melts ice caps, it sparks (and funds) wars, it flattens dialects, it infests consciousnesses, and it kills people—white people and people who are not white, my mom included. There will be people who die, in 2050, because of white supremacy-induced decisions from 1850.

A line can and should be drawn from the actions of the white supremacist who walked into three Atlanta-area massage parlors yesterday, and allegedly killed eight people—six of whom were of Asian descent—to the relentless anti-Asian rhetoric pollinating national discourse over the past year. The former president, and the party of the former president, can and should be blamed for this and the sudden increase of racist violence against Asian Americans. The line doesn’t stop there, though. It extends back 400 years and has tentacles clawing everywhere white supremacy exists here, in America, which is everywhere.

There’s a line connecting this act of terror to the 11 people killed at the Tree of Life synagogue in 2018, and the nine people killed at Emanuel African Methodist Episcopal Church in 2015, of course. But also to gentrification, to red-lining, to racial profiling, to gerrymandering, to voter oppression, to mass incarceration, to the war on drugs, to the subprime mortgage crisis, to the vast disparities in both COVID deaths and who receives COVID vaccinations, to how the men and women who stormed the capitol just went home and had dinner with their families afterward. While we were still processing and recovering from what we witnessed, they were already back on their couches, watching Criminal Minds.

White supremacy is a virus that, like other viruses, will not die until there are no bodies left for it to infect. Which means the only way to stop it is to locate it, isolate it, extract it, and kill it. I guess a vaccine could work, too. But we’ve had 400 years to develop one, so I won’t hold my breath.

Is this calling for genocide? I find it hard to read it any other way. “It won’t stop until there are no more bodies left for it to infect.” So we have to kill “it”. That is, the bodies that it could infect. White bodies.

He seems to believe that to be white at all is to be a white supremacist. Imagine writing this about any other ethnic group. Imagine:

Jewishness is a virus that, like other viruses, will not die until there are no bodies left for it to infect. Which means the only way to stop it is to locate it, isolate it, extract it, and kill it. I guess a vaccine could work, too. But we’ve had 400 years to develop one, so I won’t hold my breath.

Damon Young would be out of a job if he wrote that, and would deserve to be. It’s straight-up Nazism. You could read similar descriptions of black people in white supremacist literature. Stone-cold evil this is, wherever it emerges. But now, it is fashionable in the US progressive media to dehumanize white people.

A decade ago, the author David Livingstone Smith appeared on NPR to talk about his new book Less Than Human, which covered the process of dehumanization as a precursor to mass murder. From the book:

Sometimes the Nazis thought of their enemies as vicious, bloodthirsty predators rather than parasites. When partisans in occupied regions of the Soviet Union began to wage a guerilla war against German forces, Walter von Reichenau, the commander-in-chief of the German army, issued an order to inflict a “severe but just retribution upon the Jewish subhuman elements” (the Nazis considered all of their enemies as part of “international Jewry”, and were convinced that Jews controlled the national governments of Russia, the United Kingdom, and the United States). Military historian Mary R. Habeck confirms that, “soldiers and officers thought of the Russians and Jews as ‘animals’ … that had to perish. Dehumanizing the enemy allowed German soldiers and officers to agree with the Nazis’ new vision of warfare, and to fight without granting the Soviets any mercy or quarter.”

The Holocaust is the most thoroughly documented example of the ravages of dehumanization. Its hideousness strains the limits of imagination. And yet, focusing on it can be strangely comforting. It’s all too easy to imagine that the Third Reich was a bizarre aberration, a kind of mass insanity instigated by a small group of deranged ideologues who conspired to seize political power and bend a nation to their will. Alternatively, it’s tempting to imagine that the Germans were (or are) a uniquely cruel and bloodthirsty people. But these diagnoses are dangerously wrong. What’s most disturbing about the Nazi phenomenon is not that the Nazis were madmen or monsters. It’s that they were ordinary human beings.

When we think of dehumanization during World War II our minds turn to the Holocaust, but it wasn’t only the Germans who dehumanized their enemies. While the architects of the Final Solution were busy implementing their lethal program of racial hygiene, the Russian-Jewish poet and novelist Ilya Ehrenburg was churning out propaganda for distribution to Stalin’s Red Army. These pamphlets seethed with dehumanizing rhetoric: they spoke of “the smell of Germany’s animal breath,” and described Germans as “two-legged animals who have mastered the technique of war” — “ersatz men” who ought to be annihilated. “The Germans are not human beings,” Ehrenburg wrote, “… If you kill one German, kill another — there is nothing more amusing for us than a heap of German corpses.”

East Prussia was the first German region visited by the Red Army … In the course of a single night the red army killed seventy-two women and one man. Most of the women had been raped, of whom the oldest was eighty-four. Some of the victims had been crucified … A witness who made it to the west talked of a poor village girl who was raped by an entire tank squadron from eight in the evening to nine in the morning. One man was shot and fed to the pigs.

Damon Young and The Root are preparing their readers to commit racist atrocities by dehumanizing those they will victimize. The Root is owned and published by Univision. Here is Univision’s executive leadership team. I bet not one of these people are aware that their company is underwriting what could easily be read as a casual exhortation to anti-white genocide. They ought to be.