Behind the ‘Grid Emergency’ 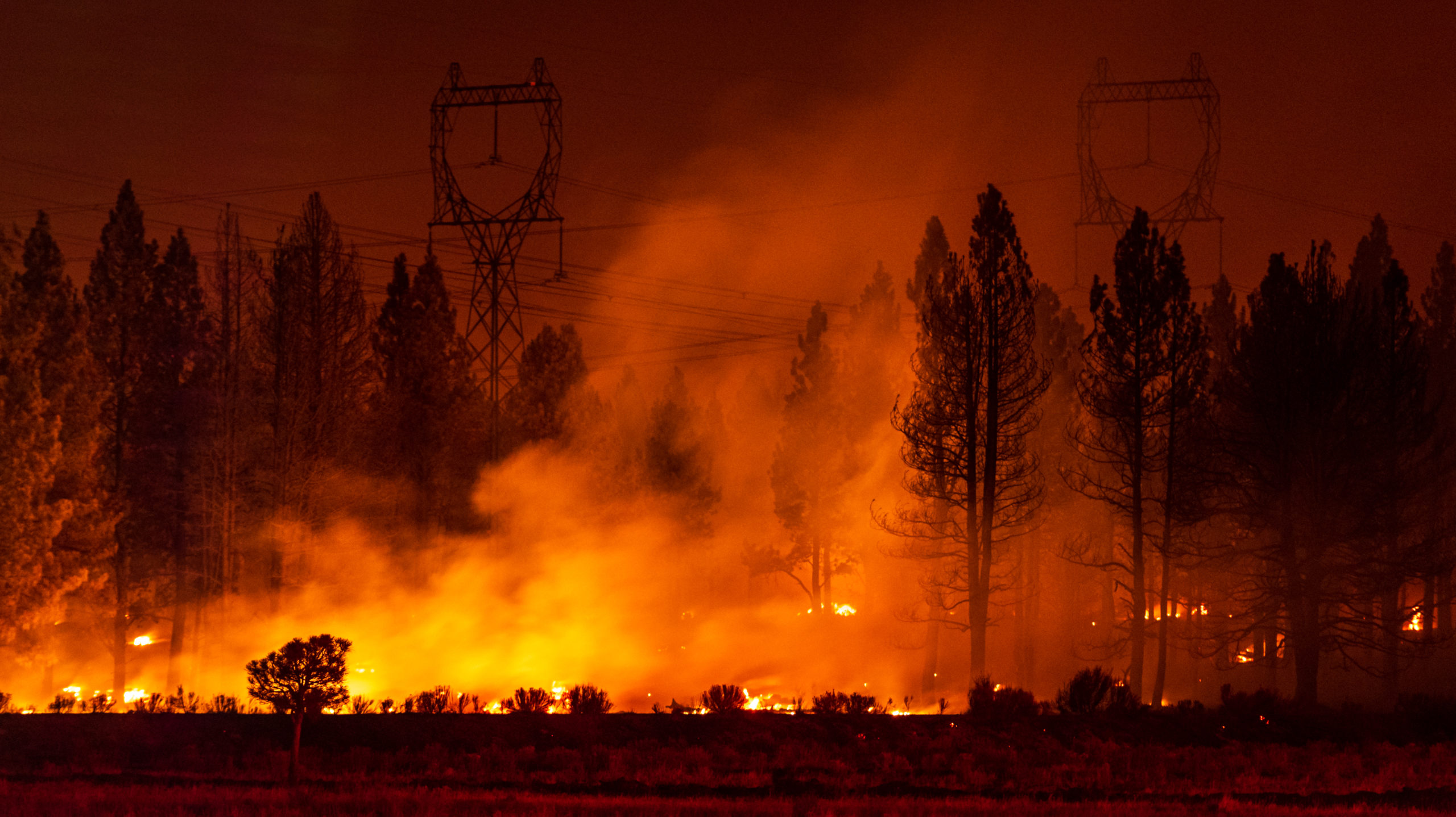 California Burning: The Fall of Pacific Gas & Electric and What It Means for America’s Power Grid, by Katherine Blunt, (Portfolio: August 2022), 368 pages.

Reporter Katherine Blunt of the Wall Street Journal was lucky in the timing of her new book, California Burning: The Fall of Pacific Gas & Electric and What It Means for America’s Power Grid. Within 24 hours of its release, California declared a “grid emergency” and customers were warned to avoid using major appliances or charging electric cars between 4 and 10 p.m. in order to avert blackouts. It was a clear sign that the dysfunction detailed in Blunt’s book is an ongoing concern.

Reading about the California energy crisis brings on déjà vu in those who remember the last one, which wracked the state in 2000 and 2001. That episode also involved rising prices and rolling blackouts. It led to the downfall of a governor, the shuttering of the California Power Exchange, the state’s privatized electricity marketplace, and the bankruptcy of the utility company that serves northern California, Pacific Gas & Electric.

Now PG&E is fresh out of bankruptcy proceedings again, for the second time in less than two decades. The deeper problems with its grid have not yet been fixed. Why can’t California keep the lights on?

The two electricity crises had different superficial causes but the fundamental problem in both cases was the same. The ideological commitments of politicians and regulators blinded them to the depredations of parasitic actors who extracted huge amounts of money from the system and introduced instability that ultimately led to disaster.

In 2000, the ideology was privatization and the predator was Enron. To introduce market forces into what had been regulated monopolies, California broke up its utilities and separated electricity generation and transmission in the 1990s. Instead of a free market and lower prices, Californians got price spikes caused by the manipulations of traders. Blunt quotes from recorded phone calls where Enron employees told plant operators, “We want you guys to get a little creative and come up with a reason to go down.” The plant went down, on the excuse of a turbine inspection, and the price of electricity shot up just as Enron wanted. These kinds of schemes were common.

This time, the ideology that has captured politicians and regulators is climate change. California has been more aggressive than any other state in setting renewable energy targets, currently aiming to be 60 percent reliant on renewables by 2030. Unfortunately for its ratepayers, these renewable energy suppliers rely on billions in subsidies and still cost more per kilowatt-hour than other forms of energy. Solar and wind power are also irregular compared to more old-fashioned power plants. The result has been unreliable electricity supply and some of the highest power prices in the nation.

Of the two energy crises, the current one is more severe than that of twenty years ago because of the added factor of wildfires. More than a hundred people died and more than a million acres burned in these fires. The Camp Fire of 2018, sparked by a downed PG&E transmission line, was the deadliest in the state’s history and practically wiped the town of Paradise off the map. The Dixie Fire of 2021 was the state’s largest, destroying a total area bigger than Rhode Island.

There are two competing explanations for why the electricity crisis was more destructive this time around. Climate change is the explanation that Governor Gavin Newsom favors, and which Blunt hints at. It argues that hotter temperatures and extreme weather are overtaxing the grid and making disasters more frequent.

The problem with climate change as an explanation, though, is that California’s grid is struggling to achieve basic service levels even without extreme weather. Back in May, when California energy officials warned of rolling blackouts later in the summer, they predicted shortfalls even in the absence of heat waves or wildfires. The current heat wave, which led to last week’s “grid emergency,” is merely aggravating a problem that existed already.

Moreover, Blunt documents in detail all the ways that wildfires were caused not by extreme weather but by PG&E’s negligence. The fire that destroyed the town of Paradise was caused by a worn down iron hook, originally purchased in 1919, that broke and shed sparks onto dry brush. When investigators sought records of how often that part of the line had been inspected, they found no files at all prior to 2001—not unusual given PG&E’s spotty recordkeeping. (When a gas line exploded in 2010 and investigators sought records of pipeline conditions across the system, a PG&E employee responded, “God knows what is underground.”) Records after 2001 showed inspectors viewing the hook from the air and from the ground, but no one had actually climbed the tower to see it up close.

This leads to the second explanation for why California is less able to cope with electricity problems today, which is that it is further along in its ongoing Third Worldization. What it means to be Third World has no precise definition but it has to do with losing the capacity to keep basic things functioning. Standards slip, fewer people every year remember how to maintain legacy systems, and eventually those systems collapse.

South Africa’s electricity supplier Eskom was named the best power company in the world in 2001. Twenty years later, the company is plagued by rampant blackouts (known euphemistically as “load shedding”) as well as internal corruption and rate evasion. Last year, President Cyril Ramaphosa passed a new law allowing private companies to build their own power plants up to 100 megawatts (the previous limit was 1 MW). That was a solution for mining companies that were shuttering facilities where they could not count on regular power. Small businesses and residences already considered gas-powered generators a necessity for when load-shedding hits their neighborhood.

A telling episode in Blunt’s book is the search for a new CEO that PG&E undertook in 2016. One of the finalists was Nick Stavropoulos, who had performed an incredible feat in bringing the gas division up to industry standards after the 2010 San Bruno explosion, in the face of widespread employee demoralization after an unpopular CEO’s flat-footed reforms. Stavropoulos was going to work the same magic on the electricity division, which, if anything, needed it more.

Instead, the company went with a woman named Geisha Williams, born in Cuba, who became the first Latina to head a Fortune 500 company. Her resume was impressive on paper. On the other hand, a leaked email from a staffer at the California Public Utilities Commission referred to Williams as “senior vice president of bullshittery.” Stavropoulos was “bitterly disappointed” at being passed over, according to Blunt, and soon left the company. The board forced Williams to resign in 2019, as the company was on the brink of filing for bankruptcy.

California’s power brokers feel that they can focus on political goals, like diversity in C-suites and renewable energy targets, because they trust that the basic functioning of the system is guaranteed. They take it for granted. But as the example of Eskom shows, this is not a safe assumption. A power grid works because people know how to make it work. If those people are sidelined or cast off, or if political priorities drown out their advice, the system can carry on out of sheer momentum for a while, even for years. But not forever.