Why Trump Will Likely Lose in November

With an ultimately unimpressive record, he hasn't made the right political calibrations to bolster his support. 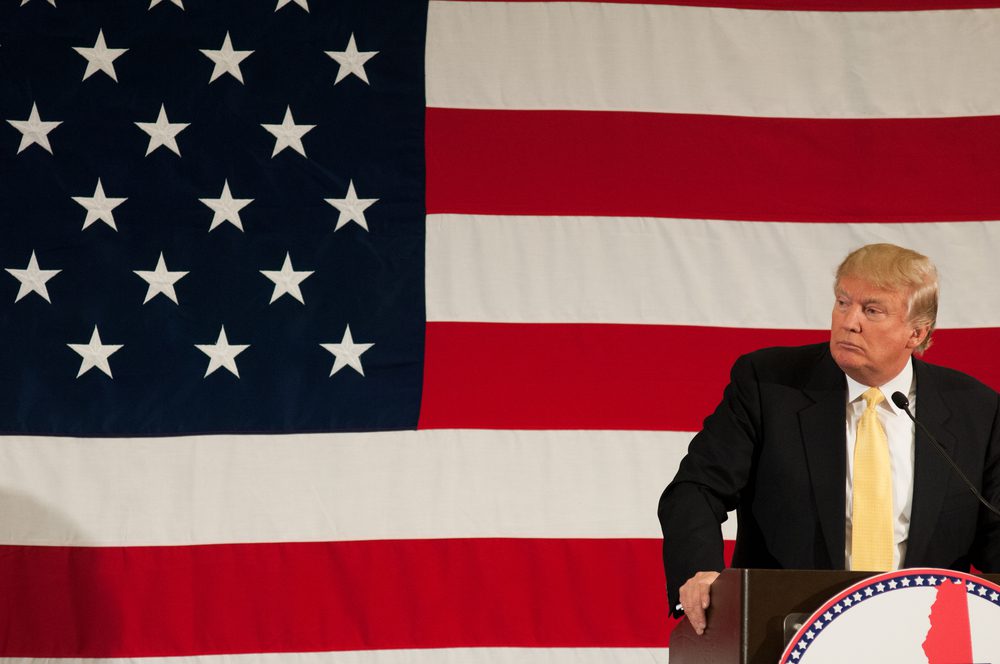 Donald Trump captured the presidency in 2016 in part because he perceived, alone among presidential contenders that year, that a chasm had opened up between the country’s arrogant meritocratic elite and vast numbers of citizens who felt the elites had turned on them and were leading the country astray. But another factor was the perception of many voters that Barack Obama’s second term had been a mild failure (following a mild first-term success; hence his 2012 reelection). Incumbent performance in office remains a potent factor in presidential elections.

And that’s why Donald Trump likely will lose the presidency come November. His performance, thoroughly at variance from his blustery rhetoric, will have rendered him, in the eyes of a majority of Americans, ineligible for rehire. His is not the kind of record that normally leads to a two-term presidency or to party retention of the White House when the incumbent is not on the ballot. Viewed from this perspective, Trump looks like a goner.

Trump supporters will of course recoil at this prediction. In disbelief, they will point to the intensity of his followers and the fecklessness of his opposition. And it is true that former Vice President Joe Biden, the presumptive Democratic candidate, appears hapless as he hunkers down in his Delaware basement and projects himself with a certain halting awkwardness. But history tells us that voters focus far more on incumbent performance, which can be sharply defined, than on predictions of challenger performance, which are wispy at best.

It is true also that Trump’s knot of popular support–about 43 percent of the electorate, based on approval surveys–is remarkably solid, willing to accept just about anything he does or says so long as he continues to attack those dastardly elites.

But presidential elections also don’t turn on any incumbent’s base of support. Reelection requires that a president build upon that base and create a governing coalition by bringing in new converts through Oval Office achievement. Richard Nixon, a 43 percent president following the 1968 election, pulled to his party much of the George Wallace constituency, nearly 14 percent of the popular vote in 1968. The result was a reelection landslide. Similarly, following the 1980 election Ronald Reagan pulled to his banner the so-called Reagan Democrats, which contributed to his margin of victory in numerous congressional battles and in his own landslide reelection in 1984.

Or consider the case of Bill Clinton, like Nixon a 43 percent president after his 1992 victory against incumbent George H. W. Bush and upstart candidate Ross Perot, who garnered 19 percent of the popular vote. Clinton had his head handed to him in the 1994 midterm elections following a sub-par performance during his first two years in office. But after that he brilliantly calibrated his leadership to capture a significant portion of the Perot vote. Thus did he build on his base through performance in office and become a two-term president.

Trump has proved himself incapable of this kind of political calibration. He can’t even talk to those Americans who might be receptive to his policies but haven’t yet joined up. He talks only to his base.

And, in any event, in presidential politics talk is cheap–and particularly cheap coming from a self-absorbed braggart like Trump. Ultimately, he will rise or fall on performance, and his performance hasn’t been impressive.

Has he scored a major domestic policy triumph such as Reagan’s when he transformed the country’s economic debate by promoting the novel concepts of supply-side economics (spurring a torrent of economic growth far in excess of anything Trump has generated) or when he saved a Social Security system heading toward insolvency? Or like Clinton’s when he fostered passage of major welfare-reform legislation? No. Can he take credit for a major foreign policy achievement such as Nixon’s China initiative or H. W. Bush’s Gulf War victory? No.

Or consider his major campaign promises of 2016. How has he fared on those?

On immigration, Trump forced the debate on a reluctant establishment in 2016 and positioned himself as president to craft and promote a comprehensive new approach to the issue, taking into account that the country now faces unprecedented levels of immigration and heightened levels of civic anxiety as a result. But he squandered the opportunity, and the festering issue now generates more civic discord than ever.

An effective president would have seen this as an issue of highest priority, requiring guile, political maneuverability, creativity, negotiating skill, and ultimate compromise. Trump probed in the right direction when he suggested legal status for many of the country’s 3.6 million so-called Dreamers—immigrants brought to the United States as children through no fault of their own—in exchange for tough measures to curb illegal immigation and major reforms in legal immigration, including an end to chain (family-based) migration and the immigration lottery and a greater concentration on bringing in immigrants with proven skills of immediate value to the nation.

Trump backed off when it became clear that congressional Democrats wouldn’t buy it. But the American people might have, particularly after the president offered expedited processing for the current 3.6-million-applicant backlog of family-based migrants. That would have kept the chain-migration policy in place for years. All in all, a pretty moderate program. But Trump never took his plan to the American people. He didn’t address the people who might have rallied to the cause. Typically, he talked only to his base—and often in language certain to offend precisely those people who might have been available to bolster his position on the issue. Without an ability to build on his base through effective and persuasive communication, no comprehensive concept could gain traction. Result: a possibly grand opportunity lost.

Or consider his stance on America’s mindless involvement in Mideast diplomacy, including intrusive regime-change wars that destabilized the region and distracted the country from more pressing foreign policy challenges, particularly its relationship with China. What has Trump done in that realm? He has adopted a belligerent stance toward Iran that threatens to slip into hostilities of the kind he railed against during the campaign. He has proved incapable even of getting America out of its military involvement in Afghanistan, which has little point after 20 years of self-imposed quagmire. And he has allowed America to be complicit in Saudi Arabia’s brutal war in Yemen.

Then there is Trump’s response to the coronavirus pandemic. The debate that has ensued over this question has been largely an ugly partisan matter, with Trump supporters praising his actions to the skies while his detractors see nothing but incompetence. But, when we pull back from this frivolous quarrel and look at his performance as it will likely be seen by those independent-minded voters needed by Trump to build on his base, the picture doesn’t look pretty. Did he discern the nature of the crisis in a timely manner? Was he decisive? Was he consistent in his perceptions and pronouncements? Did he conduct himself in ways designed to soothe the nation and bring it together? Did he employ rhetoric that was kind and sensitive in a time of anxiety? No on all counts.

This is not the record of a president well positioned for a second term. True, unanticipated developments could intervene to alter the year’s political equation. The distinctive nature of our time could yield results far removed from the normal course of political events. And it’s even possible, one supposes, that I could just be wrong in my analysis. But, barring those things (unlikely as they are), Trump’s chances for a reelection victory don’t look very good.