The Time C.S. Lewis Went Full ‘Get Off My Lawn’

The scholar and apologist was brilliant, but an essay from later in his life brims with strange reactionary ramblings against the young. 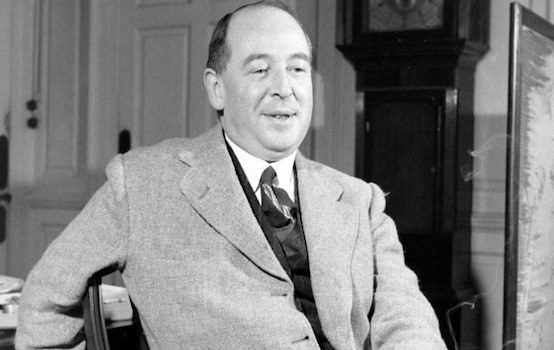 C.S. Lewis was many things: scholar, poet, novelist, apologist, friend to J.R.R. Tolkien, and husband to Joy. But in a 1957 essay, he stepped into another role: that of, as one blogger puts it, a “get-off-my-lawn, wide-jawed, beslippered, well aged, first class curmudgeon.”

I’m almost tempted to say “Ok boomer,” even though Lewis was a member of the Lost Generation. (Also such a statement is a clear case of “chronological snobbery,” which Lewis defined as a term and denounced as a mindset.)

That essay, “Delinquents in the Snow” from the collection God in the Dock, begins with Lewis griping about neighborhood kids who constantly bother him by singing terrible renditions of Christmas carols at his door and expecting money in return. Then, with increasing crankiness, he tells the reader that these are probably the same kids who broke into his shed and stole some stuff recently. Other than Lewis’s intuition, there’s no connection between the carolers and the discourse on criminal justice that follows. Like I said, it’s a weird essay.

Basically, Lewis is angry that the kids who robbed his shed were let off easy by the court and will therefore likely grow up to commit “burglary, arson, rape, and murder.” Without any additional evidence, he extrapolates this single event into a nationwide trend and predicts that unless something is done about it, the result will be either an outbreak of vigilante violence or a full-scale revolution.

“Delinquents in the Snow” is full of cringe-inducing moments. Lewis insists on referring to the female judge who gave the delinquents a mere slap on the wrist as “the Elderly Lady,” suggesting a lack of respect for women in positions of authority. He also writes that “when the State ceases to protect me from hooligans I might reasonably, if I could, catch and trash them myself.” The mental image of a 59-year-old university don beating up children would be funny if I weren’t afraid he actually meant it. There’s even a hint of Atlas Shrugged in there when he says that by failing to adequately punish crime, society risks pushing middle-class “bearers of what little moral, intellectual, or economic vitality remains” to the point at which “they will snap.”

Unsettling threats of violence, disdain for the youth, subtle sexism, a heavy-handed emphasis on law and order, and a general feeling that society is going to the dogs—all of these attitudes are easily recognizable among grouchy old conservatives today.

But then Lewis takes things up a notch with an example from American history. “I am,” he writes, “afraid, our conditions being so like that of the South after the American Civil War, that some sort of Ku Klux Klan may appear” to violently champion the rights of “the provident, the resolute, the men who want to work.”

Lewis appears to have accepted the popular view of the post-war South presented in D.W. Griffith’s 1915 film The Birth of a Nation, in which Klansmen feature as heroic knights defending virtuous white maidens against the rapacious blacks unleashed on Dixie by evil Yankee carpetbaggers. He seems to have no sense of the Klan as a terrorist organization that lynched and intimidated the most vulnerable members of society to keep them in quasi-slavery. “[P]rovident” and “resolute” are strange words to use to describe violent racists who pined for the days when they could live in lavish idleness off the proceeds of uncompensated forced labor. Lewis, who lived in England and never visited the United States, was at a significant distance from the American South, but if I refuse to pardon Cold War-era leftist intellectuals for remaining willfully blind to Stalin’s atrocities, then I can’t give Lewis a pass here. By 1957, the Klan’s true nature should have been obvious to him. If Lewis was so ignorant as to what was going on in the U.S. that he hadn’t heard of Brown v. Board of Education, the lynching of Emmett Till, or the Montgomery bus boycott, then it was presumptuous of him to draw an example from American history.

I’m not writing this as a “take-down” of Lewis. I love him. I have an entire bookshelf dedicated to his works, many of which have helped me grow as a person and get through difficult times. I even wrote my Master’s thesis on his imaginative engagement with popular interpretations of Einsteinian physics. Yet this essay made me wonder whether I might have found, at one time or another, the company and conversation of one of my intellectual heroes distasteful. It was, of course, an inevitable realization. Lewis may have been a saint, but he wasn’t Christ. Like anyone else, he had his flaws and missteps, as he himself would have admitted readily.

I hope, however, that “Delinquents in the Snow” will teach us all a few lessons: “don’t put people on pedestals,” “beware of getting bitter as you age,” and “don’t express strong opinions about things you don’t understand.”