Lessons in Critical Race Theory from Behind the Iron Curtain

The divisive curriculum of our day resembles communist indoctrination of the past, and must be combated as such. 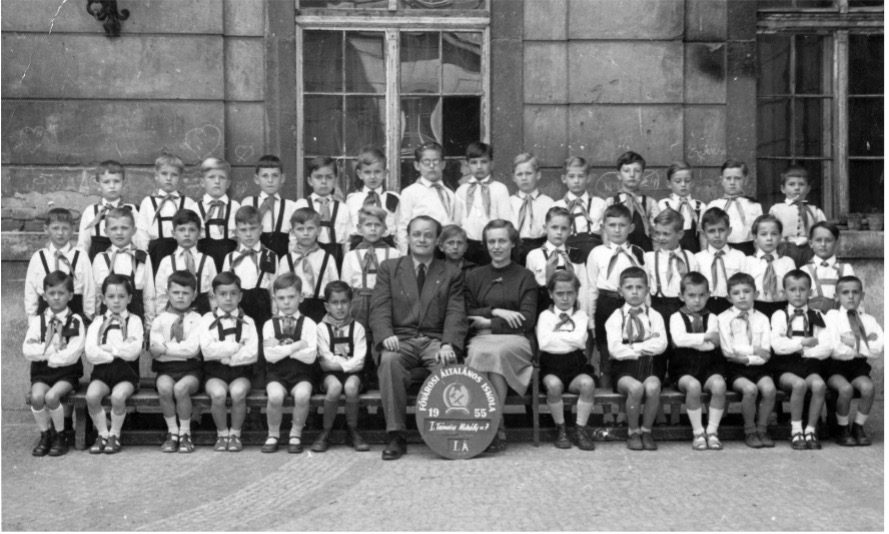 When I graduated from the Loudoun County Public Schools system seven years ago, LCPS was known as one of the best in the country and it deserved that title. The schools I attended were in excellent condition, the teachers were compassionate and well-educated, and students were given the best space possible in which to achieve. With regards to politics, I remember my school as very neutral, if not a little conservative—John Oliver once lambasted the material used in my school’s abstinence-only curriculum.

Thus, it came as a surprise when LCPS broke out into the news as an epicenter of the Critical Race Theory (CRT) war raging throughout the United States. This seemingly “new” curriculum, which politicizes the classroom and trains young people to view their society and history through an explicitly race-based and confrontational lens, has rightfully upset scores of parents of various races, creeds, and backgrounds and caused them to protest, as they did in Loudoun County, against these curricula.

What is most worrying to me is that a Critical Race Theory-based curriculum is only new in an American sense. As a researcher studying the legacy of Communism in Europe, currently based in Budapest, Hungary, I was unsettled to find the CRT curriculum strikingly similar to the education policy of the Communist Party that ruled Hungary during the Cold War.

When the Soviet Union overthrew Hungary’s nascent democracy in the late 1940s and installed Marxist-Leninist policies, education was one of the areas of foremost concern for the Party. The new Communist leaders, knowing that they had little support among the Hungarian population, strove to indoctrinate and convert the Hungarian people through education. Thus, true education was sacrificed on the altar of politics, and Hungary’s education system became little more than a glorified system of indoctrination.

Like CRT, the Communist education system was based on impressing to students that their society, and particularly their history, was nothing more than a story of oppressors and victims. Instead of race, however, this system of oppression—according to the Marxist dogma—was based on class, property, and religion. Peasants and industrial workers were glorified as noble victims of an oppressive system orchestrated by the aristocrats, kulaks (peasants who owned slightly more land), religion, and the intelligentsia.

By understanding this oppression, the Communist leaders hoped the youths would be transformed into what they commonly called “the Communist Man.” This ideal state being achieved through education differs only slightly from Critical Race Theory’s aim to create “the Anti-Racist.” Both are created by instilling a political sense of morality based on understanding society as an oppressive structure and fighting against it.

Take the 1923 Soviet Law on Education’s objective as an example. It states: “All the work in the school and the whole organization of school life should promote proletarian class consciousness in the minds of pupils and create knowledge of the solidarity of Labor in its struggle with Capital.”

A simple find and replace could turn this into any CRT curriculum: “All the work in the school and the whole organization of school life should promote equitable racial consciousness in the minds of pupils and create knowledge of the solidarity of non-whites in their struggle with racism.”

One does not have to go through this much effort, however, to make the connection. When looking through CRT material, one will find phrases like “raising race consciousness” and “standing in solidarity” riddled throughout. The handy Racial Healing Handbook by Anneliese A. Singh uses strikingly similar language in describing the anti-racist: “The term ‘antiracist’ refers to people who are actively seeking not only to raise their consciousness about race and racism, but also to take action when they see racial power inequities in everyday life.”

Another curious similarity between these two education systems is their blatant unequal treatment of people for the sake of equity. When it came to higher education, the communists based their admission system on Hungary’s pre-Communist class system. Peasants and industrial workers were given preferential treatment, while children of kulaks, religious families, aristocrats, or any other privileged class faced a much tougher admission process—if they could attend an institution of higher education at all.

This reverse discrimination led to many of the same problems we have in our higher education system in the United States, such as qualified candidates being denied admission, and most notably, a widespread fabrication of one’s background. Many children of aristocrats or kulaks would often falsify their records to appear to be the children of peasants or other disadvantaged classes.

This attempt to avoid discrimination by feigning victimhood can be seen in the numerous examples of American academics and politicians who have lied or exaggerated Native American ancestry, or, more incredibly, feigning African-American heritage.

Another cornerstone of the Communist education system was the subordination of all subjects to the oppressor-victim narrative. This meant that the indoctrination of class-warfare mentality was not limited to weekly four- to six-hour classes on Marxist-Leninism. From geography to physics and mathematics, every subject was taught through a Marxist-Leninist lens. This kind of widespread indoctrination is necessary when the goal is to mold someone totally into an ideology.

This subjection of all fields to an ideology is a key cornerstone of CRT too. Although it is mostly present in the field of liberal arts, advocates of CRT advocate teaching subjects like math through the lens of social justice. This, like under the Marxist-Leninist system, is necessary if one hopes to mold the perfect Anti-Racist. The terms may be different, but the overall function and systemic approach CRT takes is almost identical to a Marxist-Leninist education.

This can be seen most clearly in the case of Hungary. In 1956, Hungarian college students revolted against their educational institutions, which led to a massive uprising throughout Hungary that required the Red Army to suppress. It is notable that many leaders of the Revolution were young and almost exclusively educated under the Communist system. Instead of creating the ideal Communist Man, the schools bred dissatisfied students.

Many of these students, who fled after the Revolution failed, spoke of the suffocating nature of the Marxist education system. One exile criticized the politicized education system which forced students to discuss politics and “anyone who was passive regarding politics was gravely criticized.” We have already reached this point in many places in the United States, where “Silence is Violence.”

This endless politicization, the student would go on to report, led many students to resent the system of indoctrination, which eventually built up to the explosion of 1956.

This rejection of indoctrination, however, should not be taken for granted nor assumed to occur. While the education systems are analogous, they are not identical. Those who advocate for CRT have tools that the communists could not dream of having, such as social media, the support of large companies, and the voluntary support of most social institutions. The fact that this system has grown out of the educational institution and not forced upon it by a central government also gives it the appearance of being the will of the majority.

Therefore, we cannot rely on the indoctrinated students of CRT to revolt. Instead, parents, as well as local and state leaders, must put a stop to the advance of this divisive ideology. In this role, however, it is ultimately the parents who must play the most decisive role and have already done so by challenging renegade school boards’ attempts to inject CRT into the curriculum.

In his report, the Hungarian student who fled after 1956 spoke of two options for parents who had children in the Hungarian school system: “Either they watched the effects of the state-controlled up-bringing of their children, or—and this was more frequent—they tried to counterbalance it.”

It is up to parents in the United States to follow the Hungarian example and counterbalance Critical Race Theory wherever it is taught. In this, we have more options at our disposal than the Hungarians under communism, so we must speak up and take a stand for our children.