In Defense of Government Shutdowns 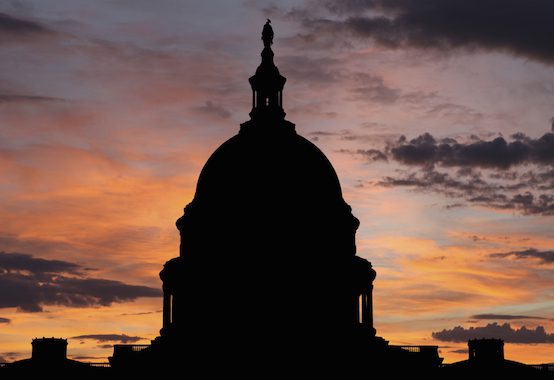 The last government shutdown, which had the distinction of being the lengthiest in American history, and the growing likelihood of yet another one later this month, have precipitated a flurry of articles decrying the fact that shutdowns happen at all. This is foolish. Despite their costs, shutdowns have a vital function.

Interestingly, shutdowns began only in 1980, and for a whole decade, they never lasted more than a day. However, under Bill Clinton, what’s now called “shutdown politics” made its debut. The first shutdown of the Clinton administration lasted a record five days. That one was swiftly eclipsed by a second that ground on for a whopping 21 days—longer than all previous shutdowns combined. All the repertory characters that would come to typify the shutdown were there: an ideological president and House speaker (Newt Gingrich) and a bipartisan cast of legislators prattling on about their commitments to their ideals or to compromise.

Surprisingly, the shutdown’s abrupt debut wasn’t due to record levels of partisanship or incompetence, but fiscal reform. For most of our country’s history, if Congress failed to pass a budget promptly, or a federal department spent more money than had been allotted, Congress would reliably cover all the debts that had been incurred. This meant that various officials and even the president himself could force Congress to allot them funds whenever they thought it necessary, and predictably, they did so often. Expressing his disapproval, Congressman John Randolph of Virginia said in 1806, “Those who disburse the money are like a saucy boy who knows his grandfather will gratify him, and overturns the sum allowed him at pleasure.” Such saucy boys romped freely about Capitol Hill until 1980 when President Jimmy Carter had the good sense to ask his attorney general, Benjamin Civiletti, to review the legality of the practice with regard to a relatively unnoted piece of legislation passed in 1884 called the Antideficiency Act.

Following a brief yet eventful review, Civiletti found that the practice was not only illegal, but that future violations could be criminally prosecuted—though he noted that there was a statutory exception for services necessary to protect human safety or property. Later in 1995, Bill Clinton’s attorney general, Janet Reno, opined further that “essential employees” could continue to work during a funding lapse based on that same statutory exception. Together, these interpretations of a relatively dusty piece of legislation curbed centuries of fiscal abuse and created the perfect conditions for the shutdown to take root.

One of the benefits of shutdowns is that they give voters rare opportunities to gauge the worth of a variety of “inessential” government services. Another is that shutdowns tend to foster fruitful public debates on issues of national importance like health care and border security. Far better than either of those things, however, shutdowns demonstrate that the government itself is not a sovereign entity with its own coherent interests. Rather, in the words of Supreme Court Justice Thomas Stanley Matthews in his opinion in Yick Wo v. Hopkins, “while sovereign powers are delegated to the agencies of government, sovereignty itself remains with the people, by whom and for whom all government exists and acts.” To wit, the people are in charge, and though, as Matthews notes, “there must always be lodged somewhere, and in some person or body, the authority of final decision,” these entities are fundamentally accountable to “the ultimate tribunal of the public judgment, exercised either in the pressure of opinion or by means of the suffrage.”

Naturally, the convoluted and manifestly inefficient process by which the people simultaneously delegate and maintain their sovereignty is often cause for criticism—especially during shutdowns. For instance, during the shutdown in 2013, Princeton’s infamously utilitarian ethicist Peter Singer scorned the division of powers as the “Constitution’s fundamental flaw.” Similarly, President Woodrow Wilson, who in his early days as a heady academic wanted to combine the legislative and executive branches into a parliament, once quipped, “How is the schoolmaster, the nation, to know which boy needs the whipping?” Such criticisms contrast with the principal concern of the Founding Fathers: popular sovereignty.

In Federalist 51, James Madison wrote, “In framing a government which is to be administered by men over men, the great difficulty lies in this: you must first enable the government to control the governed; and in the next place oblige it to control itself.” Though the Founders neither designed nor foresaw shutdowns, as a political mechanism, they’re precisely in the spirit of popular sovereignty that the Founders treasured. No other political phenomena so forcefully and dramatically obliges the whole people to recognize that their ideological divisions have become so great that the exercise of their sovereignty has become virtually impossible.

In precisely that vein, the political theorist Ernest Renan wrote in his most influential essay “What is a Nation?” that a nation consists of two intimately united factors: “One is the possession in common of a rich legacy of memories; the other is present-day consent, the desire to live together, the will to perpetuate the value of the heritage that one has received in an undivided form.” During a shutdown, the government, which is bound by elaborate mechanisms to the national will, becomes confused. For a moment, it seems as if the march of American history is at a standstill. There are only two means of moving forward: either government officials follow the will of something other than the nation or the nation engages in a momentous reconciliation of its will.

The achievement of this reconciliation is never painless. Shutdowns throw the nation into a frenzy until elected leaders, acting under the strain of public opinion and the likely effects that their actions will have on their reelection—which Matthews notes are the two means by which the people control their public servants—reopen the government. Effectively, shutdowns force the body politic to recognize the vast costs of an inharmonious national will and oblige it, even at the price of extreme disappointment, to persist.

In a nation with a “government of the people, by the people, for the people,” shutdowns should be expected and cherished. They are the sporadic rallying cries of liberty keeping the choir of our democracy from descending into bedlam.

Michael Shindler is a research fellow at the Consumer Choice Center and writer living in Washington, D.C. His work has been published in outlets including The American Conservative, National Review Online, the American Spectator, and the Washington, Examiner. Follow him on Twitter @MichaelShindler.