Home/Articles/Politics/Biden: A Night Thirty Years In The Making
Politics

Biden: A Night Thirty Years In The Making

Socialism can still be put to the sword if Obama swoops in and saves him on Super Tuesday. 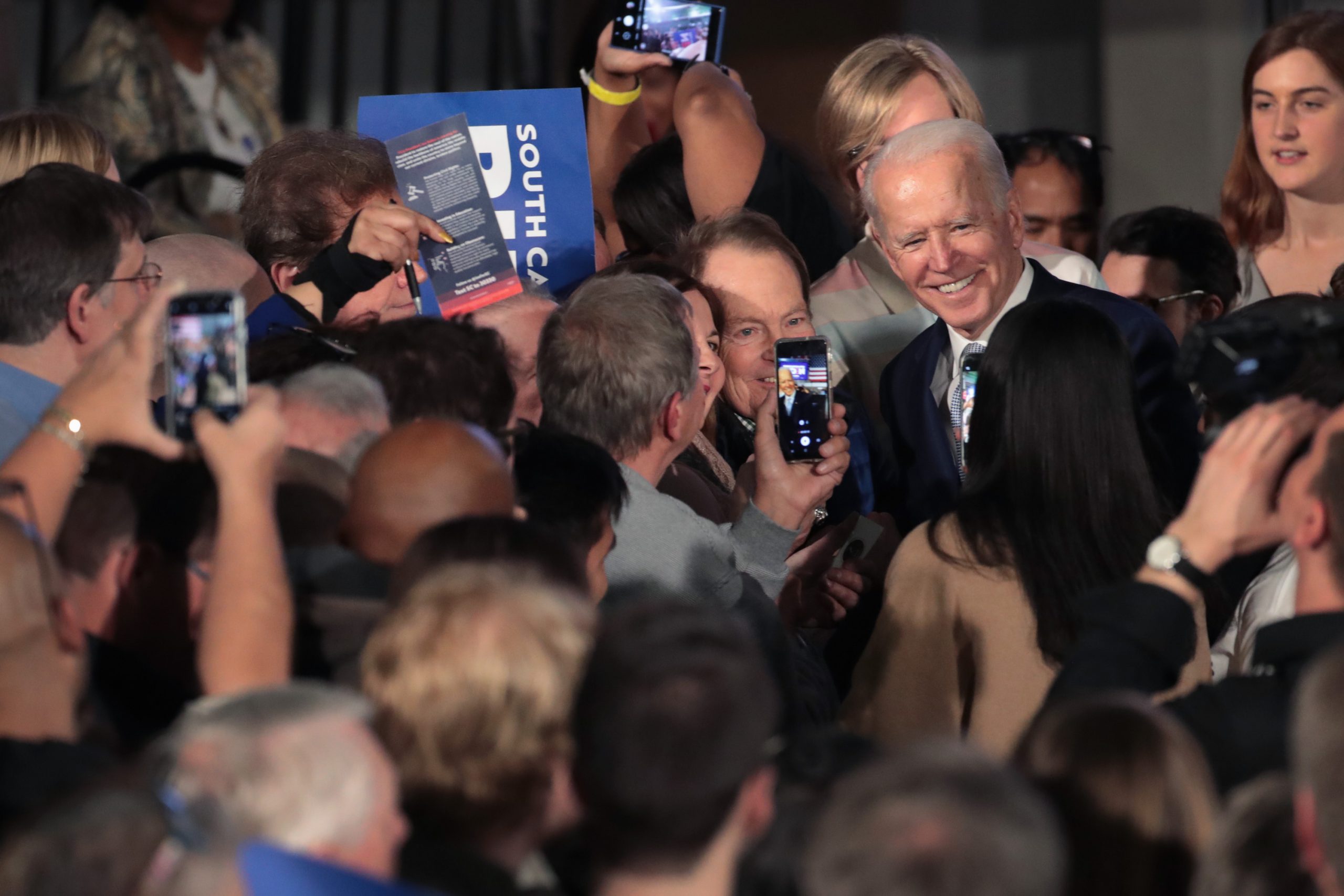 Democratic presidential candidate Joe Biden celebrates with his supporters after declaring victory at an election-night rally at the University of South Carolina Volleyball Center on February 29, 2020 in Columbia, South Carolina. Photo by Scott Olson/Getty Images)

CHARLESTON, S.C. – Joe Biden was the Alexandria Ocasio-Cortez of his day.

At 29, the son of Scranton won an improbable victory to the Senate, vaulting him, after an uneven twenties defined by patchy employment, to national prestige. AOC was a bartender. Joseph Robinette Biden managed a swimming pool.

As with the most important politician of my generation, Ocasio-Cortez, Biden’s daring bet on his own talent changed the landscape of American power. J. Caleb Boggs, Biden’s tenured foe, went the way of Joseph Crowley, the powerful Queens incumbent. We don’t know AOC’s story yet, but a presidential run in the 2020s seems a certitude.

In 1972, Biden would have to wait a decade and a half for his crack at the White House. Notoriously covetous of the presidency since at least his college days, it would take 48 years, Saturday night in South Carolina, for him to win a Democratic presidential primary or caucus.

But at least Biden avoided the fate of Jeb Bush, always a lazy parallel, by actually winning in his Southern stronghold.

Biden’s stupendously lengthy track record affords him one advantage: in this era of amnesia, he knows history. “South Carolina,” Biden said to roars in the state capital, Columbia, “you launched Bill Clinton, Barack Obama to the presidency. Now you launched our campaign!”

He remains an underdog, perhaps as he’s always been.

If you consult the polling, Bernie Sanders is no shoo-in—far from it—but he does have command of the Democratic race outside of the South. Biden’s triumph in Dixie Saturday night was the first step in the last stand of a lifetime. His dominance among African Americans, he hopes, presages victories elsewhere—Tennessee, for instance, and the crown jewel, Texas, on Super Tuesday.

A brokered convention where Biden is a stand-in statesman is plausible. I wrote in TAC last month that “Joe Biden was always a weak establishment front-runner.” Last night, he reversed his fortunes: with the on-air endorsement of former Virginia governor Terry McAuliffe, an ex-party chair, as well as Debbie Wasserman Schultz, also a former party head, the old guard is, finally, getting behind their guy. He’s the establishment’s man now, and he faces an uphill climb.

Team Obama is finally helping Biden too, after being downright frosty towards his ambitions for 12 years. While still being respectful of Sanders and his supporters, Obama alums are helping clear the lane. The message, following flirtations with Pete Buttigieg after Iowa and New Hampshire, and former New York mayor Michael Bloomberg before his limp debate performances, is that establishment Democrats are done with their side pieces.

Ben Rhodes, bete noire of the neocon Right, has lent covering fire with panache in recent hours. “Mike Bloomberg has no reason to be in the race,” the ex-deputy national security adviser wrote. “Biden’s work as VP for Obama and years of relationship building paid off. Glad that kind of work matters more than money.”

Our friend over at the New York Post, John Podhoretz, posits that the 44th president could get in ahead of Super Tuesday and face down Sanders. If there was ever an opportunity at a killing stroke, Obama endorsing his former lieutenant days before Super Tuesday would be it. Barack Obama is notoriously careful, and such a maneuver would diminish his clout if it failed, to say nothing of his ability to monetize his post-presidency, demonstrably an interest.

But it would be sweet payback for Sanders’ mulled primary challenge in 2012. The two men are not close. Even as Democrats veer socialist, no figure stands astride American politics in 2020 like Barack Obama. Obama believes, earnestly, in the technocratic liberalism he administered as a president. Donald Trump’s rise ended Republican reverence for George W. Bush. Less extreme, but similar, Sanders’ ascension would clearly be a rejection of Obama’s fundamental approach.

If Barack Obama is serious, socialism can still be put to the sword. But will it be?