Would You Die for the Senkakus?

It is hard to believe that any administration would follow through on a commitment to defend these rocks. 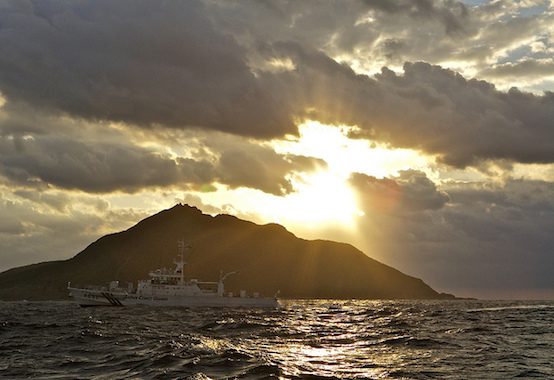 According to a readout of a call between President-elect Joe Biden and Japanese Prime Minister Suga, Biden recommitted the U.S. to defending the Senkaku Islands as part of the mutual defense treaty between the U.S. and Japan:

Biden confirmed that Article 5 of the Japan-U.S. Security Treaty will be applied to the defense of Okinawa Prefecture and the Senkaku Islands. Article 5 stipulates that the U.S. is obliged to defend Japan should its territories come under attack. Former President Barack Obama was the first U.S. leader to declare that the pact applies to the Senkakus.

Biden is reaffirming the position that the Obama administration took in 2014, but that doesn’t make this commitment any wiser or better than it was when it was first made. As a general rule, the U.S. shouldn’t extend its defense commitments to include disputed territories. In this particular case, committing to defend the Senkakus makes even less sense because these are just uninhabited rocks in the ocean. It strains credulity that the U.S. would actually go to war with China for the sake of these rocks, and that makes it more likely that China will test that commitment. The U.S. risks undermining its commitments to treaty allies when it recklessly expands them to include territory that we aren’t going to defend when push comes to shove. Instead of deterring China and protecting a treaty ally, this commitment seems more likely to create an unnecessary flashpoint that could lead to further escalation. Our colleagues at Defense Priorities made the same points earlier today:

Even if you think the U.S. military should defend Japan, it makes no sense to extend that commitment to uninhabited rocks under disputed ownership.

Pledging American lives to the defense of the Senkakus is all risk, no gain. https://t.co/myY8nmgYQ0

It is important to note that this does not represent a change from Trump administration policy. Obama was the first to make the commitment explicit, but it has been echoed by his successor. The Trump administration stated its commitment to defend the Senkakus as well, and it actually went farther than the previous administration by leaving open the possibility of recognizing Japanese sovereignty over the islands. Like many foreign policy issues on which there is bipartisan consensus, this position has received remarkably little scrutiny and it has encountered virtually no opposition. The U.S. shouldn’t involve itself in bilateral territorial disputes between other nations, our government shouldn’t make security guarantees that it isn’t going to honor, and it is hard to believe that any administration would follow through on a commitment to defend these rocks. It is an unnecessary and untenable commitment, and the U.S. would be wise to renounce it.