The president's penchant for personnel turnover may be our best hope of seeing his campaign promises of realism and restraint become reality. 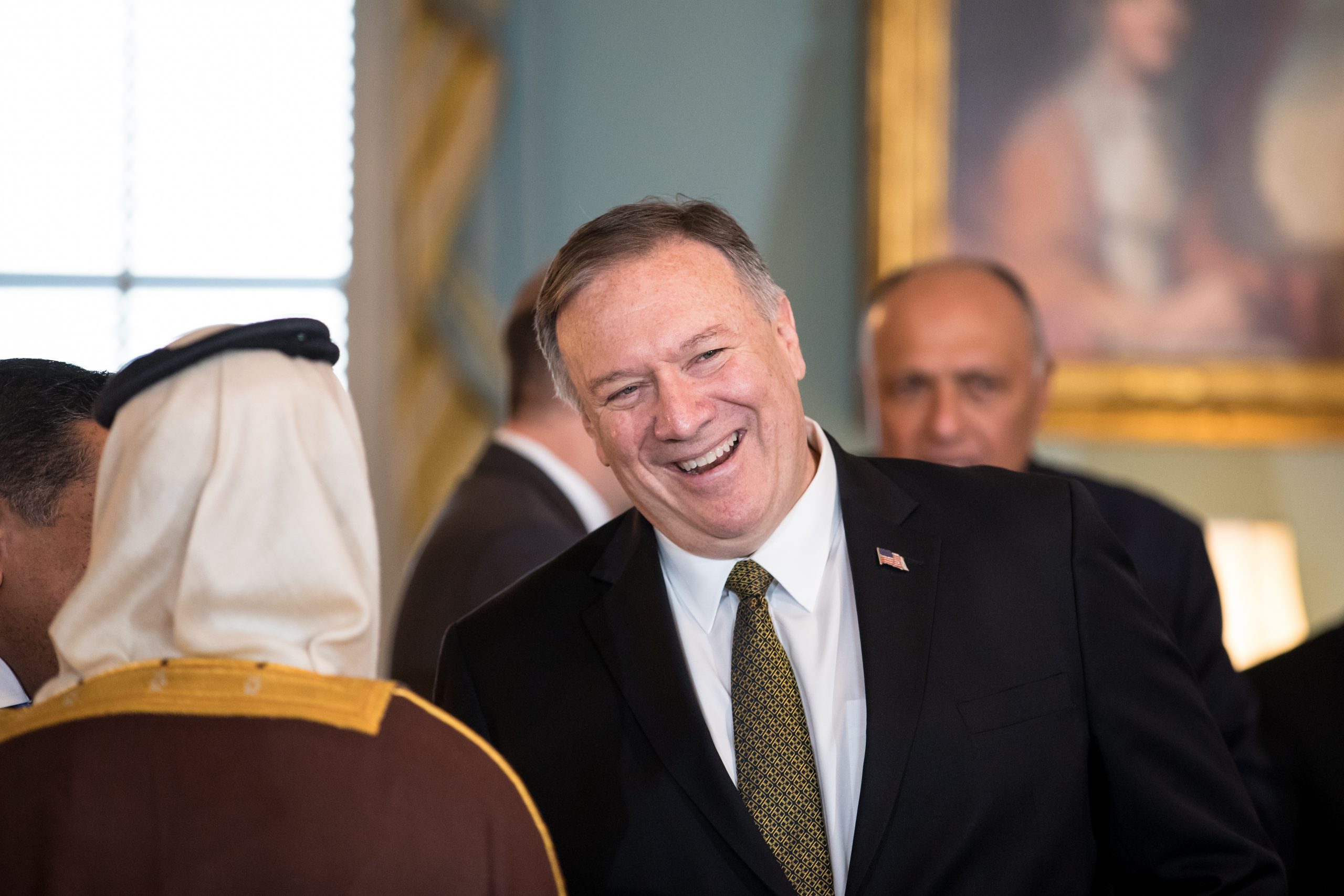 President Trump is trailing Democratic nominee Joe Biden in the polls, as he has been for months. If these numbers are correct, he’ll lose the election, perhaps by quite a wide margin. But then, the same was true in 2016, and here we are. Trump’s chances are worse this time, yet they aren’t zero, and that means it’s worth considering what a second Trump term could look like for foreign policy, the president’s most important—and most ignored—constitutional responsibility.

The premise of Trump’s 2016 primary campaign was his difference from the offerings of the Republican establishment, the contrast between his boisterous cruelty and “please clap.” But though he campaigned and, moreso, has governed in many ways like a typical GOP president, Trump had distinctive policies too, the best of which was his opposition to the United States’ interventionist addiction to nation building and playing world police.

Trump dubbed the war in Iraq the “worst” and “most costly” mistake in American history. He called the war in Afghanistan a “complete waste” and argued for withdrawal in part to free up spending for domestic programs. He critiqued his then-opponent Hillary Clinton for supporting regime change in Libya and warned that military intervention in Syria’s civil war could similarly lead to unintended consequences of terrorism and chaos. The Trump administration, he promised shortly after Election Day four years ago, would “pursue a new foreign policy that finally learns from the mistakes of the past. We will stop looking to topple regimes and overthrow governments.” The result, Trump told a cheering rally crowd in Cincinnati, would be a “new era of peace, understanding, and goodwill.”

That didn’t happen. As president, Trump brought us to the brink of war with both Iran and North Korea and stalemated negotiations with each by issuing wildly unrealistic demands to which they will never concede. He has escalated tensions with China, increasing the chance of catastrophic great power conflict. He has yet to end a single war, though if he wins and stays on schedule—two decidedly uncertain conditions—he plans to withdraw the last U.S. troops from Afghanistan by the middle of 2021. The war in Iraq, however, still has no end in sight, and Trump vetoed a bipartisan resolution to end U.S. involvement in Yemen’s civil war last year. The major, positive distinctives of foreign policy Trump promised in 2016 haven’t materialized.

Would his second term be any different? The most plausible cause for hope is Trump’s habit of frequent personnel turnover. Axios reported Monday that Trump “expects to replace CIA Director Gina Haspel and Defense Secretary Mark Esper” should he be re-elected. Haspel’s nomination was controversial because of her alleged involvement in George W. Bush-era torture practices at the CIA, though she has little been in the spotlight since her confirmation. Esper has developed a reputation as a “quiet” secretary, doing less to guide Trump’s foreign policy than Secretary of State Mike Pompeo, who is reportedly a possible candidate for Esper’s replacement.

It’s not clear how much Haspel and Esper influence administration policy now, but should these and other high-ranking foreign policy positions be filled with advocates of American restraint, Trump’s second-term approach to foreign affairs could look more like what he promised for his first term. The recent nomination of Afghan war critic Will Ruger to serve as ambassador to Afghanistan could be a portend of good things to come. (Full disclosure: Ruger is a scholar at Defense Priorities, a think tank where I am a fellow.)

But the rumor that Pompeo might jump to the Defense Department seems a more likely preview of any second-term reshuffling. Pompeo is an inveterate hawk and regime change advocate whose tenure at State has proven abysmal for American diplomacy. That he is apparently not on the chopping block with Esper is revelatory enough. If he truly is to be installed in the Pentagon, there is no chance of Trump heeding whatever of his better foreign policy impulses the last four years have not entirely suppressed.

Should Trump win—and especially if he wins while the GOP loses control of the Senate, where Cabinet nominations are confirmed—the two and a half months between the election and Inauguration Day will prove crucial for anticipating the foreign policy of the next four years. That’s the time to closely watch personnel changes for hints of what’s to come.