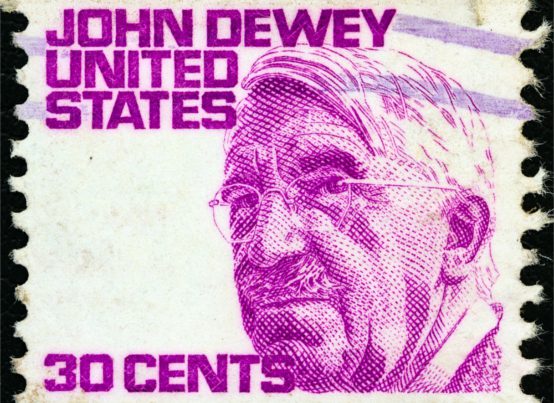 There is legitimate debate over whether “progressive liberalism” constitutes a radical departure from, and even betrayal of, the basic commitments of “classical liberalism,” or whether it represents the next logical step in liberalism’s development. Both positions have merit.

Many of the original architects of “progressive liberalism” begin with an explicit rejection of several of the main constitutive beliefs that undergird “classical liberalism.” Foremost among those arguments is a critique of classical liberalism’s “anthropological individualism,” that is, the beliefs expressed by the proto-liberal Hobbes and liberalism’s architect John Locke that humans are understood to be by nature autonomous wholes, driven fundamentally by self-interest and instrumental reason. By extension, architects of “progressive liberalism” reject classical liberalism’s insistence that these basic features constitute the unchanging nature of human beings; rather, figures like Jean-Jacques Rousseau, Georg W.F. Hegel and Karl Marx argue that man’s nature is not “fixed” in this way, but rather evolves and develops in historical time. Man’s nature is more “fluid” than proposed by classical liberals, a belief that lies at the heart of progressive liberalism’s greater optimism in the project of creating a universally equal and just regime—even, in the words of several authors under consideration today, ushering in the “Kingdom of God.”

At the same time, progressive liberalism shares certain fundamental commitments with classical liberalism. The first of these is a deep distrust of custom, tradition, and unchosen authority. Following upon this, the two liberalisms share a belief in individual self-fashioning, though progressivism regards such self-creation to require considerable support by broader social forces and contributions. Both traditions seek expansion of the “sphere” in which citizens and humans identify, and at least initially, regard the nation-state as the natural domain in which individual liberation from parochial limitations can be achieved (however, as we will see, more contemporary progressives increasingly view the nation as unnecessarily limiting, and instead look to the prospects of a cosmopolitan, global form of membership). Both emphasize that liberation from the past and place sets into motion the basic engine of progress, though classical liberals stress that progress is achieved in the material, scientific, and economic realms, while progressive liberals believe that such material progress augurs the moral progress of humankind as well.

The American tradition is marked by a period in which Progressive liberalism was ascendant—conveniently designated as the Progressive era. Its major philosophical architects include authors we have under discussion this week: John Dewey, Herbert Croly, and Walter Rauschenbusch. We could add to this list the significant political figures of Woodrow Wilson and Theodore Roosevelt, among others. All of these figures are inspired by the philosophical sources and arguments that we have touched on above, but perhaps above all, were immediately inspired by the very practical concerns about how best to address the perceptible injustices, abuses, and profound inequalities that were being generated by the American economic system as the Industrial Revolution transformed American society after the Civil War. A constant refrain in this week’s readings is the pressing need to change some of the basic working assumptions of classical liberalism in order to redress the injustices generated by a dynamic but socially disfiguring economy.

One of the consequences of the political, social, and economic dynamism that was unleashed by classical liberalism was the widespread sense that it had underestimated the capacity for human transformation as well. Dewey, for example, in Chapter 5 of his short book Individualism, Old and New (“Toward a New Individualism”), praises the “old” liberalism for its success in “liquifying static property” of the type that had been prevalent in aristocratic ages, and for eliminating the local bases of social life as the economic and political system became visibly more national and “interdependent.” Dewey dismisses the “romantic” individualism that had animated the American belief in individual self-reliance (here echoing Frederick Jackson Turner’s observations that the age of the American frontier had come to a close), instead calling for recognition that it was empirically now the case that Americans were now part of a “social whole” in which no individual could be understood to exist in practical separation or individuation.

The “old individualism” had successfully undermined any vestiges of aristocratic society or Jeffersonian agrarianism, but the nation had not yet made the leap into a new age in which there would be an “organic” reconciliation of individual and society. The “liberalism of the past” had created the conditions that now required its own supercession: the advent of a new liberalism was now in view, needing the push by philosophically and socially sensitive thinkers like Dewey who envisioned humanity’s own self-transformative potential.

Herbert Croly similarly saw a fundamental transformation taking place, particularly in the lived reality of a national system of commerce, culture, and identity. However, this national system was animated by a belief in Jeffersonian independence, even as in fact the new national system reflected new forms of interdependence. He called for the creation of a “New Republic” (which would be the name of the journal that he co-founded), one that would achieve “Jeffersonian ends by Hamiltonian means.” Democracy could no longer mean individual self-reliance based upon the freedom of individuals to act in accordance with their own wishes; rather, it needed to be infused with a social and even religious set of commitments that would lead people to recognize their participation in the “brotherhood of mankind.” This aspiration had been thwarted heretofore by antiquated belief in individual self-determination, neglectful of the fact of profound and growing interdependence. That interdependence, however, was now generating the potential for “the gradual creation of a higher type of individual and higher life.” As Walter Rauschenbusch would echo in his call to establish the “Kingdom of God” on earth, a new and more deeply social form of democracy “would not accept human nature as it is, but move it in the direction of its improvement.” By overcoming the individualistic self-interest that Rauschenbusch saw informing even traditional Christian theology—whose object had traditionally been individual salvation—Rauschenbusch, like Dewey and Croly, envisioned the “consummation” of democracy in the form of the “perfection of human nature.”

While one sees calls for “collectivist” economic arrangements in the practical recommendations of these thinkers—Dewey, for instance, calls for “public socialism” and Croly writes in support of “flagrant socialism”—it would be mistaken to conclude that they are therefore antithetical to a belief in the inviolability and dignity of the individual. A consistent theme in the readings by Dewey and Croly is the belief that only by eliminating what they regard as the cramped and limiting individualism of “old liberalism” can a truer and better form of “individuality” emerge. Only through complete liberation from the shackles of unfreedom—including especially the manacles of economic degradation and inequality—can there be an emergence of a new and better form of individuality. A consistent theme is that the apotheosis of democracy will lead to a reconciliation of the “Many” and the “One,” a reconciliation of our social nature and our individuality. John Dewey writes, for instance, that “a stable recovery of individuality waits upon an elimination of the older economic and political individualism, an elimination that will liberate imagination and endeavor for the task of making corporate society contribute to the free culture of its members.”

While we will have to wait until that elimination of old liberalism is complete to know fully how that reconciliation of “individuality” and “corporate society” will be achieved, what is clear in these central and formative arguments in the Progressive Liberal tradition is that only by overcoming Classical Liberalism can true liberalism emerge. The argument continues to this day whether this represents a fundamental break with, or fundamental fruition of, the liberal project.