How Altoona Found a New Identity 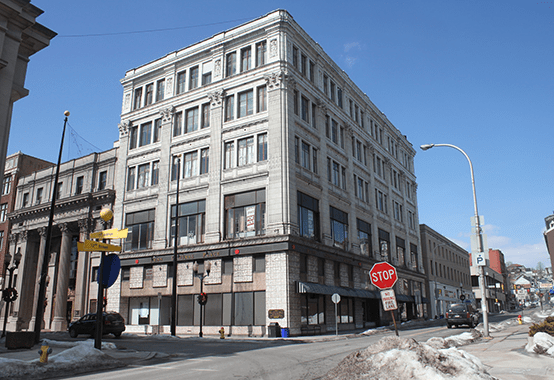 Just over a month ago, my hometown of Altoona, Pennsylvania, was briefly in the national spotlight in the New York Times. Describing the tenth largest city in Pennsylvania as a place with “deep working-class roots, conservative social values and nearly all-white population,” the Times correctly characterized the city as an example of where Donald Trump received over 70 percent of its votes. But it did not go far enough in describing why he received those votes.

Altoona is an illustration of the industrial heartland’s decay; what President Trump referred to in his inauguration speech as “American carnage.” A city once envied for possessing one of the largest railroad repair and construction facilities in the world, its biggest claim to fame these days is being the corporate home of Sheetz, the convenience store.

The city of Altoona has a poverty rate of over 23 percent, with surrounding Blair County experiencing an overdose death every week due to drugs like fentanyl. Its people feel undervalued, and shut out by the growing, diverse metropolitan progressives in the Eastern cities. As Pat Buchanan requested of then-candidate Barack Obama in 2008, “Let him go to Altoona and Johnstown, and ask the white kids in Catholic schools how many were visited by Ivy League recruiters handing out scholarships for ‘deserving’ white kids.”

In the past decade, however, Altoona began efforts to curb its general decline and find homegrown solutions to the problems plaguing so many cities like it in the Rust Belt. Sometimes old rot can provide the best soil for growth. In January, Mayor Matt Pacifico sat down for an interview with The American Conservative about the situation in Altoona and its revitalization efforts.

Matt is the scion of a well-known local family who has operated the Pacifico Bakery (where my dad buys fresh bread every week) since 1947. Before becoming mayor in 2013, Matt worked as the bakery’s operations manager alongside his brother and cousin. “I was never interested in politics prior to becoming mayor. Somebody came to me that year and said, ‘Hey there’s no Republicans on the ballot for mayor, you should consider running.’ And I kind of laughed and said, ‘I don’t know anything about politics or government.’” But weeks later when someone else made the same proposal, Matt decided they couldn’t both be wrong, and submitted his paperwork and ballot signatures the day before the cutoff.

What followed was a crash course in local administration. “I started googling what a mayor does because I literally had no idea. I did a lot of reading, after I got elected I started reaching out to other elected officials across the state,” recalled Pacifico. “I spent some time down in Harrisburg, at the capitol, picking legislators’ brains to come up with some ideas. And just building friendships and connections with those legislators. So I kind of found my way when it comes to that, but I still continue to learn and find new ideas so that we can be a better city.”

“Altoona was founded by the Pennsylvania Railroad because of its location and the resources that were around the city. Everybody who lived in Altoona, after it was built up, were employees of the railroad,” explained Pacifico. While once one of the busiest transportation hubs in the Northeast, as technology changed, so did the city it was built on. “After the decline in the railroad, like most other cities that heavily relied on one industry, the population declined and Altoona, probably for a few decades, was stuck trying to find its new identity.”

That new identity included diversifying the local economy and moving away from the idea that the industrial base, like the age of the locomotive, was coming back. “I would say, while we’re still proud of the strong railroad heritage we have here and it being a major part of our history, I think now with UPMC [University of Pittsburgh Medical Center]’s presence here and Penn State growing that our identity is now an Eds & Meds type city.” Between sixty and eighty trains still run through Altoona’s tracks every day.

The first problem to solve was the city’s finances. In May 2012, just before Pacifico’s election, the city was designated under the Municipalities Financial Recovery Act of 1987, known colloquially as Act 47, where localities experiencing severe financial difficulty come under the coordination of the state government. “The employees of the city made sacrifices for the good of the city, trying to find new ways to cut costs and find new sources of revenue,” said Pacifico, who emphasized that small fixes add up. For instance, they saved $500,000 just by changing the city’s insurance plan. By September 2017, Altoona had eliminated its annual operating deficits, reduced or refinanced its debt obligations, and its projected revenues are sufficient to fund its pension obligations. “There’s a lot of good things happening here and we’re really kind of blessed to be able to get out of Act 47 when we did. We were the fastest city to ever do that.” Once the city was no longer sinking into the pits of financial default, it could start moving towards sustainable growth. Downtown Altoona is doing that based on concepts familiar to readers of New Urbs: livability on a human scale, appropriate economic incentives, utilization of natural resources, and perception management.

Altoona is only a 45-minute drive southwest of Pennsylvania State University, one of the largest colleges in the country, and is the location of one of its branch campuses. “I think making sure that you have amenities in place for young people is key,” said Pacifico, who has an idea to make travel easier and affordable for this group. “One of the things I’m looking to do with Penn State is a bikeshare program. Like they have in the big cities where you can go up on the street corner, there’s a bike there, you scan it with your phone, go out and ride it. I thought that would be a good feature to bridge the gap between the campus and the downtown campus, to have students be able to ride back and forth. But not just for students, it’d be for anybody that wanted to use it.”

“We’re looking to incorporate some more multi-modal features in the planning we’re doing for roads,” continued Pacifico, “adding some bike lanes, bike paths, etcetera. People want to live in an area where they can walk, they can ride their bike.”

“How that works is the taxes that would be paid on new construction and improvements on a building that you buy, the first year would be zero percent. You wouldn’t pay anything on that. The second year would be twenty percent. Forty percent the next year. And so on, until the sixth year where you’re at one hundred percent taxable. I know a couple projects that did happen downtown…[where] people took advantage of the location because they had access to that LERTA.”

The mayor recounted one man who converted an older building into higher end, market-rate apartments. The project would not have been possible without the tax relief provided by the city.

Pacifico encourages other communities to take advantage of their surroundings, whether that’s to promote tourism, recreation, or beautification. “We experience all four seasons here in Altoona. We have access to mountains, and rivers, and lakes, and you kind of get a combination of all of it when you’re living here…You can live in the city and a quick fifteen-minute drive and you’re in the mountains and you can go hiking or biking on trails or whatnot,” he says. “They’re there and they’re free, so you might as well take advantage of them and promote what you already have and what’s already there.”

The mayor said that besides being a cheerleader for the local renaissance, Altoona was responsible for helping itself. “I would like to be able to take credit for everything that’s happening,” laughed Pacifico, “but I think a lot of it is happening organically…[T]here’s a lot of people who work in downtown, but after five o’clock most of those people go home and downtown is not as busy. But what we’re seeing though is after business hours there’s still an increase in foot traffic on the sidewalks and on the streets…That’s really awesome to see. There’s no reason for people to be here after five, but people are still finding a reason and wanting to be here after the business day.”

This new breath of life isn’t just affecting pedestrians, but the local business community as well. “We don’t have a lot of people living in the downtown area yet, so there’s really no reason for the businesses to want to be here other than being in downtown is cool again. And we’re seeing a lot more businesses that maybe would have looked out in the boulevard area…looking for buildings in downtown to relocate.”

When asked what advice he’d give to other middle American towns suffering the same consequences of deindustrialization experienced by Altoona, Mayor Pacifico was straightforward: keep it simple and don’t be afraid to look in a new direction. “I would encourage them to reach out to other mayors, look at what other cities are doing. Sit down and see if that’s something that would work there. A lot of times there’s no point in trying to reinvent the wheel. If something is working somewhere, try to figure out how you can make it work in your town or city.”

“Also keep an open mind about things and don’t be afraid of change,” said Pacifico. “A lot of people are scared of change happening, but it’s good not to get locked into one thing for life.”

“Those aren’t the end-all-be-all that will solve all problems and make young people want to live here. But I think if you keep putting key pieces like that in place it starts to add up and you have a more livable city that people will want to come to.”