Amid a dismal January, a reckoning with dumb clichés. 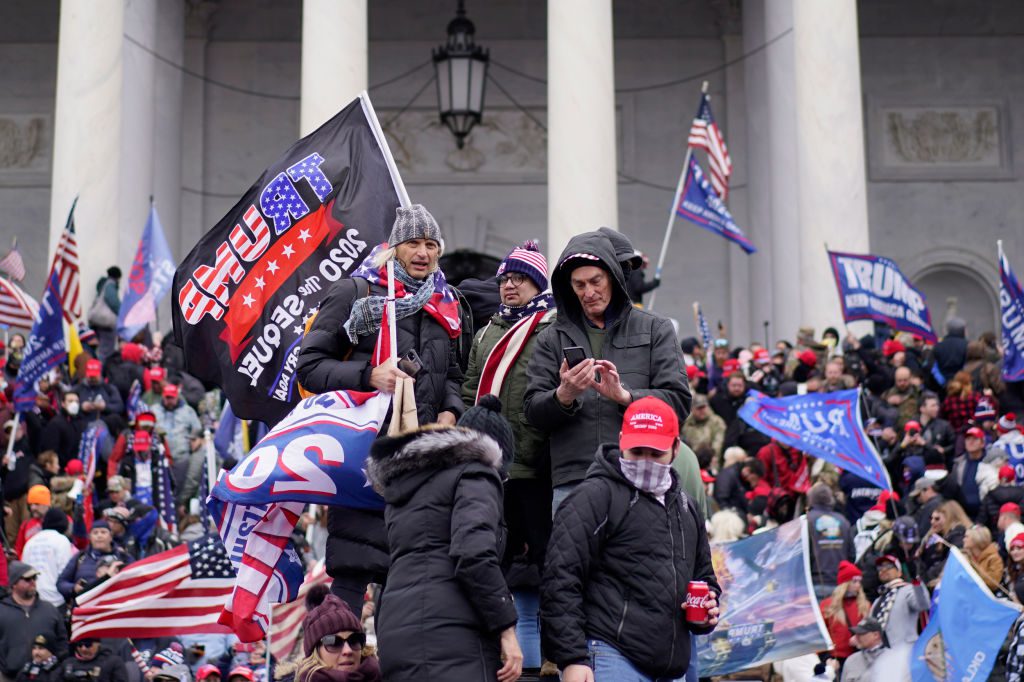 I’ve been thinking a lot lately about language. Given that I’m a writer, that’s no more unusual than a carpenter mulling his tools or an electrician daydreaming about copper wiring. But in the wake of the riots at the Capitol, it seems like a good time to reexamine some of the staples of our political vocabulary. I argued yesterday that the right should take fresh looks at the terms “radical chic,” preferably in front of a mirror, and “establishment,” so devalued it barely has a definition.

Now let’s consider an even more worthless cliché: “we must fight them over there so we don’t have to fight them over here.” This brain injury-inducing line has been a fixture of neoconservative argument since 9/11. It means exactly what it says: if we don’t kill Islamic terrorists in their own countries, we’ll wake up later this week and find them standing on the veranda, fingers perched menacingly over detonation buttons. One day, I imagine Lindsey Graham retiring from the Senate and opening up a little country store with framed samplers for sale embroidered with that maxim.

Except now the “over there” has become the “over here.” A mob of our own countrymen has pulled off what all the Salafists and Wahhabists from the Bosphorus to Bangladesh never could: an infiltration of the very cradle of American power (not the Pentagon, but you know what I mean). According to the Costs of War project, we’ve spent $6.4 trillion on the war on terror since 2001, a number that includes the projected price tag of caring for our many veterans who have come home bleeding and broken. We’ve wrecked Iraq, kept Afghanistan in a violent stasis, expanded the bombing across Northern Africa. We’ve learned to loathe the strange black flag of jihad, only for the most traumatizing attack since 9/11 to come flying the stars and stripes. That isn’t just a bitter irony; it calls into question 20 years worth of policy. We’ve fought them over there, only to miss something very dark brewing over here.

And “we must fight them over there so we don’t have to fight them over here” isn’t even the most wretchedly stupid formulation to come out of the war on terror. That would be two words: “looking inward.” It refers to when a nation is more focused on its own affairs than in meddling in those of other countries, and unbelievably, it’s become a pejorative in foreign policy circles. To look inward is to avert your eyes from the terrorist threat, to give them cover of darkness under which they can plot. Think the sergeant in every cheesy Vietnam flick: “The war is out there, man, out there!”

Yet by stigmatizing “looking inward,” we’ve also placed out of bounds the very purpose of politics, which is to protect the rights and administer to the needs of one’s own people. Under such illogic, American government becomes a kind of global NGO rather than a function of the citizens who pay its taxes. That isn’t to say our state doesn’t police and subsidize Americans—it does, quite heavily—but the mindset of many of its elites is to subordinate their own citizens’ concerns to whatever is going on in Russia and the Middle East. Challenges to democracy, threats of ruin—these things come from without not from within.

So what about now? Are we now allowed to look inward? Now that untold Americans feel so threatened by their own government that they’re willing to entertain another 1776? Now that so many of our fellow citizens have become addled by internet vitriol and conspiracy theories? Now that the emerging picture of the Capitol insurrection is not just of a mob but of chilling paramilitary organization and coordination? Now that a great rot has been revealed in our national soul? Is America now allowed to care about America again? Or will that only bring Iranian nuclear missiles sprouting out of the ground and a Shia crescent crashing down across the whole of the world?

The fact is that it is past time to look inward, to bring the troops home, to attend to our country’s deep problems and pathologies. A nation whose own legislators were almost put to the gun isn’t fit to spread democracy by example, let alone by force. As for the clichés, let’s toss them on the rhetorical bonfire. They’re little more than—dare we say it?—proof of a pre-1/6 mindset.