The measure seeks to reassert Congress’s constitutional authority over any action against Iran. 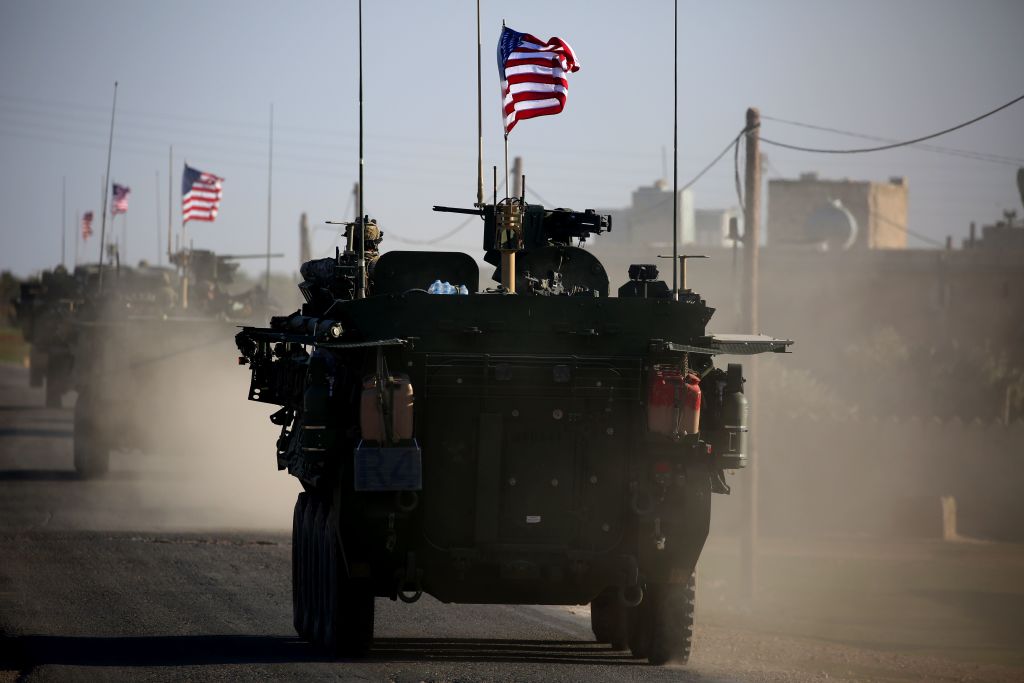 TOPSHOT - A convoy of US forces armoured vehicles drives near the village of Yalanli, on the western outskirts of the northern Syrian city of Manbij, on March 5, 2017. / AFP PHOTO / DELIL SOULEIMAN (Photo credit should read DELIL SOULEIMAN/AFP via Getty Images)

On Thursday eight Senate Republicans joined with Democrats to claw back Congress’ mandate on matters of war and peace. In a vote of 55-45, the Senate passed a measure that would require the President to seek congressional authorization before taking military action against Iran.

The measure seeks to reassert Congress’s constitutional oversight of war, which for decades has languished as lawmakers from both parties have ceded those powers to the executive with little fanfare, say the measure’s supporters.

It has been nearly six weeks since Trump authorized an airstrike against Iranian Quds Force commander General Soleimani in Iraq, and a month since the House passed a similar measure.

President Trump is expected to veto the measure.

Trump expressed his displeasure to Republicans Wednesday and said that Democrats were simply seeking to “embarrass the Republican Party.”

“We are doing very well with Iran and this is not the time to show weakness,” Trump tweeted. “If my hands were tied, Iran would have a field day. Sends a very bad signal.”

“We don’t send a message of weakness when we stand up for the rule of law in a world that hungers for more rule of law,” said Sen. Kaine.

Referring to the portion of the Constitution that wrests war powers with Congress, Kaine added:

“We need a Congress that will fully inhabit the Article I powers. That’s what our troops and their families deserve.”

“We want to make sure that any military action that needs to be authorized is in fact authorized properly by Congress,” said Republican Sen. Mike Lee. “That doesn’t show weakness; that shows strength.”

The Senate measure is “grounded in a faulty premise” because the United States was not currently engaged in any use of force against Iran, argued the White House.

Sen. Lindsey Graham protested that if the measure passed, no president will ever “abide by it,” adding “no president would.”

Several Republicans supporting President Trump introduced amendments to note that the U.S. was not at war with Iran, or to praise Trump’s pressure campaign against Iran, or to carve out an exception for hostile U.S. action against terrorist activities. All such amendments were tabled.

Kaine’s resolution was drafted in early January, when senators on both sides of the aisle were incensed at what they viewed as the less-than-adequate intelligence briefings provided to them after the American airstrikes.

While previous efforts to curb Trump’s war powers were only supported by four Republican senators, an additional four joined with this resolution Thursday. The number still falls well short of the two-thirds tally necessary to overcome a presidential veto however.