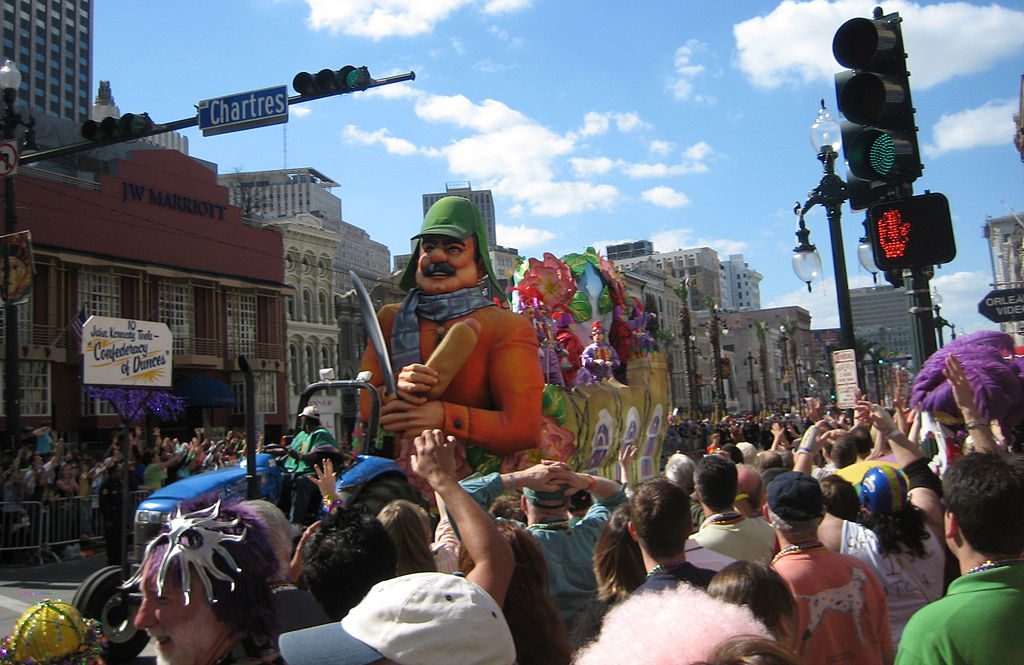 Good morning. I guess today is a day of bold statements. Let’s get right to it: Tom Bissell argues in The New Yorker that A Confederacy of Dunces is overrated:

I first read A Confederacy of Dunces when I was in my early twenties. Of that reading I can recall only a vivid, tingling antipathy, akin to walking into a party and realizing instantly that you want to leave. The book, which has become a classic of Southern literature and a mainstay on college syllabi, is entertaining—by any metric, the work of a hugely promising young writer. It’s also repetitive and numbingly antic. Shorn of its unusual publishing history and its author’s heartbreaking fate, it’s hard to imagine it receiving anything resembling the acclaim that occasioned its 1980 publication, much less the Pulitzer Prize that it was awarded, by a jury eager to tweak the New York publishing leviathan. Toole would almost certainly have published better novels had he been given the opportunity to write them.

Still, as I settled into the book again, twenty-three years later, I was surprised by how much I enjoyed it. For one, there is its impish spirit; Toole’s jolly novel of New Orleans remains somewhat anomalous in the Southern canon, especially in how it skewers that canon’s presiding deity. ‘Veneration of Mark Twain is one of the roots of our current intellectual stalemate,’ Ignatius asserts at one point. At another, he refers to Twain as a ‘dreary fraud’ and announces, ‘I have never seen cotton growing and have no desire to do so.’ A Confederacy of Dunces might be the only novel ever written about New Orleans in which jazz is described as ‘obscene.’

One of the novel’s particular virtues is its screwball dialogue, the closest approximation of which might be that of the Coen brothers’ great comedic films: The Big Lebowski, Raising Arizona. Of the writers of his era, Toole most closely resembles Joseph Heller, William Gaddis, and Stanley Elkin, all of whom were partial to dialogue-heavy novels. But Toole’s characters don’t use human speech to exchange useful information. Although they argue constantly, they never do anything so banal as change their minds. They’re more akin to musicians, each waiting for a chance to solo . . . By the time I hit page 241, which finds Ignatius feeling ‘worse and worse’ and describes how ‘great belches tipped out of the gas pockets of his stomach and tore through his digestive tract,’ I suddenly recalled why I found the novel so repellent the first time I read it. It’s not that I ‘don’t like’ or ‘can’t relate’ to Ignatius; no serious reader should care about such things. It’s more that, at every turn, Ignatius is exactly the character you expect him to be. Late in the novel, one character asks him, ‘Don’t you ever shut up?’ He doesn’t. That’s the problem.

Don DeLillo has lost his touch, Nic Rowan writes in the latest issue of The American Conservative: Not much happens in The Silence. Some friends decide to watch the 2022 Super Bowl in Manhattan. They are two middle-aged married couples and one high-functioning autist. The husbands are ornery and addicted to screens. The wives are bookish and sex-starved. The autist, with whom DeLillo aligns himself most closely, is an Einstein expert. Their plans fall through when unexplained events zap the whole city’s power. A plane crashes. The TV conks out. Cell phones die. The book ends. Silence. All this, in an earlier DeLillo novel, would open a labyrinthine investigation winding through the ways in which individuals attempt to maintain a sense of self once the domineering of digital technology is removed from their lives. Not here. DeLillo cuts out too early, but not before he rolls out a series of bizarre and increasingly incoherent conversations that lead nowhere. In the most memorable one, the autist and one of the wives repeat the word “cryptocurrencies” at each other for several pages. ‘Somewhere within all those syllables, something secret, covert, intimate,’ DeLillo concludes. This exercise might be entertaining as satire, but in his old age DeLillo has lost all taste for levity.” DeLillo lost his touch a long time ago.

Academic reviews are a waste of time: “The capsule format leads to painfully dull work. It’s time to try something new.”

Hollywood’s best year was 1971, Kyle Smith writes: “Fifty years ago Hollywood embraced a new era, the most creatively satisfying one it has ever known. New Hollywood’s rebels had gotten a foothold in 1967 with Bonnie and Clyde and The Graduate, then taught the studios that weird rinky-dink homemade-looking no-budget movies could be among the year’s biggest moneymakers (Easy Rider in 1969, M*A*S*H in 1970). By 1971 the artists had the run of the place, and the superannuated studio moguls of the 1920s, such as Jack Warner and Darryl Zanuck, had given up. The Seventies were cinema’s greatest decade and 1971 its greatest year.”

In other news: The Royal Shakespeare Company plans to bring back a jazz version of Shakespeare’s A Midsummer Night’s Dream. “When Swingin’ the Dream opened on Broadway on 29 November 1939, the creators of this jazz version of A Midsummer Night’s Dream had every expectation of a smash hit. The music alone seemed worth the price of admission. Among the hits were Ain’t Misbehavin’, I Can’t Give You Anything But Love, Jeepers Creepers, and Darn That Dream. All this was intermingled with swing renditions of Mendelssohn’s Wedding March, from his 1842 Midsummer Night’s Dream. The music was performed by some of the biggest names around: Bud Freeman’s band played on one side of the stage, Benny Goodman’s inter-racial group on the other, and in the centre Donald Voorhees conducted an orchestra of 50 . . . It seemed destined to a be a hit, and a startlingly original one. But Swingin’ the Dream closed after only 13 performances – and lost its investors a staggering $100,000, the equivalent to about $2m today.”

John Wilson writes about the small details of day-to-day life that are missing “from so many accounts” of our “common lives.”

Bugs Bunny at 80: “It was July 27, 1940 when a bunny named Bugs had the audacity — one might say, the insouciant foolhardiness — to go and ask what’s up of the world’s more doctoral minds in ‘A Wild Hare’.”

(Knopf, January 19): “In this brilliant second and final volume of the definitive biography of Lucian Freud—one of the most influential, enigmatic and secretive artists of the twentieth century—William Feaver, the noted art critic, draws on years of daily conversations with Freud, on his private papers and letters and on interviews with his friends and family to explore the intimate life of Freud, from age forty-five to his death in 2011 at the age of eighty-nine.”   Available at Amazon.