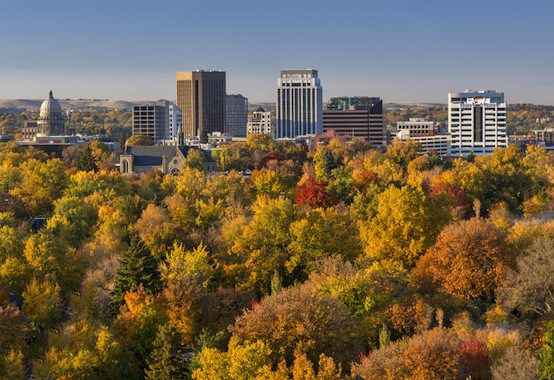 There has always been a country-city divide in America, with a swath of stereotypes belonging to each. The urban and rural embody different art, culture, scenery, mores, and religious inclinations, more often than not. However, new studies show that these division may be solidifying and building into an ever-greater chasm. As The Atlantic’s CityLab reports, college graduates are migrating to cities (the larger, the better) in droves:

Overall, larger and more vibrant metros with strong knowledge economies, abundant artistic and cultural amenities, and open-minded attitudes are the ones that are attracting and retaining the most college graduates. On the flip side, these metros are losing less-educated residents who are increasingly unable to make ends meet. They are instead moving to smaller, less affluent, lower-cost places. In fact, we found no statistical association whatsoever between the movement of college grads and the net movement of those who did not finish high school. These very different migration patterns reinforce the ongoing economic and social bifurcation of the United States.

There are a few problems with this sorting pattern that are likely to affect (and indeed, already have affected) the cultural and economic structure of the U.S.

First, this pattern of migratory movement does not offer complementary job creation or innovation in more rural areas of America. Small towns only see a detrimental “brain drain,” rather than any rate of return on the education of their youth. Due to the amount of lower-skilled workers moving to these areas, they won’t suffer an immediate lack of potential employees. But the innovation and creation traditionally fostered by America’s bright young people will be solely concentrated in urban hubs, to the detriment of potential entrepreneurship in other areas.

The post-graduation path most commonly supported at the university level today is to pursue the highest-paying jobs, in the most stable and established companies. Washington, D.C., for instance, draws a lot of young professionals, due to the power and money that it can offer (to those who work hard and get an internship first). Young people are encouraged to become lawyers, doctors, engineers—not farmers, local dentists, or grocery store managers. But young people should be encouraged in ventures that feature local innovation and entrepreneurship, that laud the goods of small businesses and community investment.

However, this gravitation to the city also makes sense when you consider the burden of student loans that every college grad faces: they’re likely to seek a job in an area where wages are higher. And this presents another challenge for our society, as we seek to build a job climate in which graduates have options: we have to offer them something at the local level that can compete with urban-level opportunities. Or if we can’t compete wage-wise, we need to offer them other things—like housing, benefits, cultural offerings, etc.—that will make the move seem worthwhile. Otherwise, young people will continue migrating away from rural centers of commerce and civic life.

This sorting pattern could have cultural consequences, as well: we could see a growing disdain amongst urban elites for local culture, and amongst rural dwellers for urban life. We already see a growing divide in our political and social values, values often deeply divided between the urban and rural: Pew just released a poll tracking the increasing ideological uniformity and partisan antipathy in American society. Although their findings are not specifically tracked by geographic place, Pew does note that

“Ideological silos” are now common on both the left and right. People with down-the-line ideological positions – especially conservatives – are more likely than others to say that most of their close friends share their political views. Liberals and conservatives disagree over where they want to live, the kind of people they want to live around and even whom they would welcome into their families.

Ignorance and distance tend to breed derision and contempt for those with different tastes. Thus, people from more conservative, rural areas of America can develop a sort of tribalistic suspicion that is antithetical to inclusivity and community, just as urban, liberal centers can breed a variety of disdainful elitism that has a similar homogenizing influence on society. These suspicions and snobberies have always existed, to some extent, in American culture. But our growing separation, fostered by this intellectual sorting of persons, does a disservice to both parties, and widens both opportunity and cultural gaps throughout American society.