Joe Biden and Vladimir Putin both know better than to reach for the nuclear option. 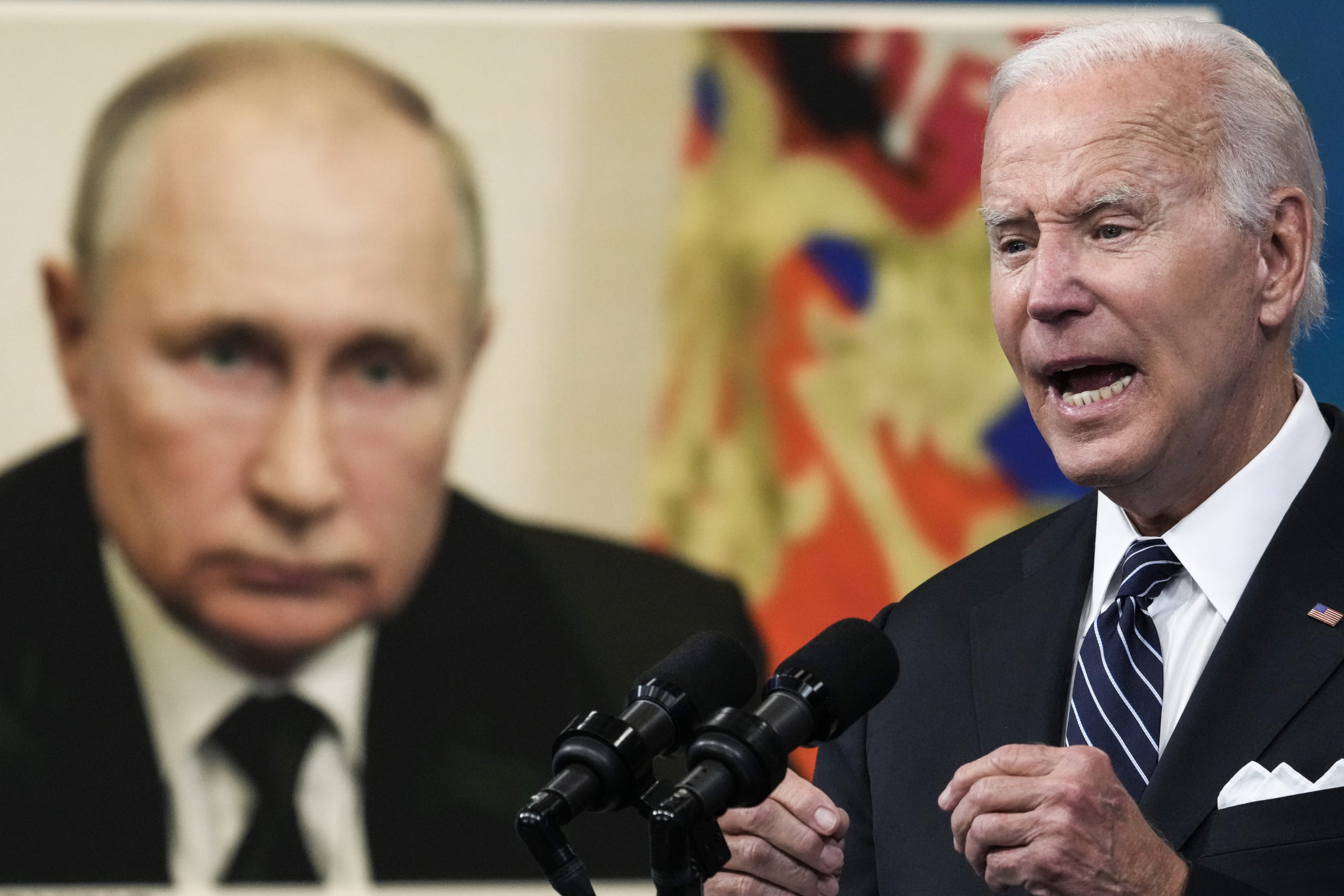 To understand the conventional thinking as to why Putin will not use nuclear weapons in Ukraine, you need only ask: why should he?

Biden argues that Putin is irrational, a madman of sorts, pressed into a corner facing imminent defeat in Ukraine—and, with that, the likelihood of regime change.

But nothing could be further from the truth. Putin is not facing "defeat" in the Ukraine, as territory trades hands, and can retreat to stable pre-invasion lines in the Donbas and elsewhere with little more than egg on his face—nothing close to defeat. If you're interested in what defeat looks like, see Kabul 1989 or 2021.

As for regime change, Putin owes nothing to whatever Russian public opinion exists around him, and his pals in power, the so-called oligarchs, have (minus a yacht or two) plundered mightily off sanctions, which have driven up prices for Russian energy exports.

The primary reason to avoid a nuclear escalation is that it would bring the U.S. or some subset of NATO “boots on the ground” deeper into the Ukrainian war zone, and this is something Putin would fear. Indeed, depending on how much force is applied, it could lead to a full-on "defeat" in Ukraine.

The U.S. and NATO have been preparing to fight Russia on the plains of Ukraine for some 70 years (the fall of the Soviet Union, terrorism, Iraq, etc., notwithstanding). In such a war, the 19th Artillery duels that characterize the current conflict would be replaced by endless U.S. precision air strikes. Imagine American A-10s, or even B-52s practically at the edge of space, tearing into those long Russian columns. About the last thing Putin wants is to fight NATO directly over chunks of the Ukraine, instead of by (weaker) proxy.

With those arguments dismissed, we look to the battlefield to see the role a nuclear escalation would play. Looking back at the historical use of nuclear weapons (solely by the United States, of course) Putin has roughly four options.

One would be a demonstration nuke, say a sea-level low-yield blast outside Odessa designed to rattle the windows, maybe shut off the lights, but otherwise do little harm. As the U.S. concluded late in the Second World War, demonstrations effectively prove you lack resolve, not that you are committed to nuclear war. Plus, the mere use of the nuke likely pulls the U.S. into the conflict with nothing gained by Russia.

Second would be a nuclear attack against a large concentration of Ukrainian troops. Apart from irradiating the territory he hopes to conquer, Putin could achieve something similar, close enough for government work, with an extreme massing of artillery and airpower. A big boom to clear a path, but without the U.S. coming in as an aftereffect. Why go nuclear when the same outcome is available via conventional weapons?

Third would be a leadership-decapitation strike based on good intelligence that would eliminate President Zelensky. This one presumes a) near-perfect intel (see the Americans’ failure trying the same gag at the start of two Gulf Wars, shock and awe, which missed Saddam despite all of the resources of the United States), b) that the same could not be accomplished with massed artillery, and most importantly c) that Zelensky is really the one-man Washington-Churchill-Patton the Western media portrays him as—in other words, that his loss would have the impact the Western media believes it would. If a Zelensky deputy rises from the ashes and demands revenge, the gambit fails, maybe even backfires.

Last would be the destruction of a Ukrainian city, causing mass civilian casualties and creating nuclear terror, forcing a swift surrender as did the nuclear attacks on Hiroshima, Nagasaki, and the other Japanese cities, which would have fallen if they had not surrendered fast enough. Despite the firebombing of Tokyo (never mind Coventry and Dresden) the Second World War proved to America that nothing raises terror levels like the use of nuclear weapons. Skin melted in Coventry the same as in Hiroshima, but it is Hiroshima we remember. In Ukraine this would be intended less as a Strangelovian exchange than as a tactical escalation.

The problem with option four, the nuclear destruction of Kiev, or of the western city of Lviv (to destroy the supply chain providing arms through Poland), is world opinion. By the time the U.S. destroyed two Japanese cities' worth of women and children, the world was weary—weary with war itself and of earlier atrocities. Between the Holocaust, Nanjing, and the firebombings, the U.S. got away with using nuclear weapons to end that war only in the context of horrific violence.

There are no such factors in 2022. Putin was the aggressor in this fight, and there is no Auschwitz in this war. And though Putin is less dependent on world opinion than other world leaders, he is still dependent to an extent. He needs India and, most of all, China to see him as a good enough guy to buy and resell his oil and gas. If anything would drive Germany to suck it up and endure a frigid winter with limited Russian energy it would be an atomic attack on Ukrainian civilians.

President Biden has made it clear any use of nuclear weapons in Ukraine would be “completely unacceptable” and “entail severe consequences.” But his administration has remained publicly ambiguous about what those consequences would be. The key element would be to press Putin to back down, not double down. For example, a nuclear-demonstration explosion by Russia could see the U.S. sink another Russian ship in the Black Sea. The tit-for-tat might then be complete. But a more robust American response—say, carpet bombing a Russian field division—might only press the Russians to try again and even the score.

In any event, Biden should not respond to nukes with nukes. Having come of political age during the Cold War, he should know better than to talk loosely of nuclear weapons, as should Putin. It is crudely reassuring that the people who see the greatest possibility of nuclear combat are the mainstream media, who hope to generate clicks and views off the increase in tensions, not the two men who know in their bellies nothing in Ukraine is worth it.

At some point in every war-game scenario where one side does not just call “stop,” the lizard brains take over; one thing leads to another, until someone starts wondering in Washington or Moscow if they'll live to see their kids go off to school on Monday morning. We are already playing a lower-level game of chicken with the Russians in Ukraine. We should not look for opportunities to see who really would swerve first.