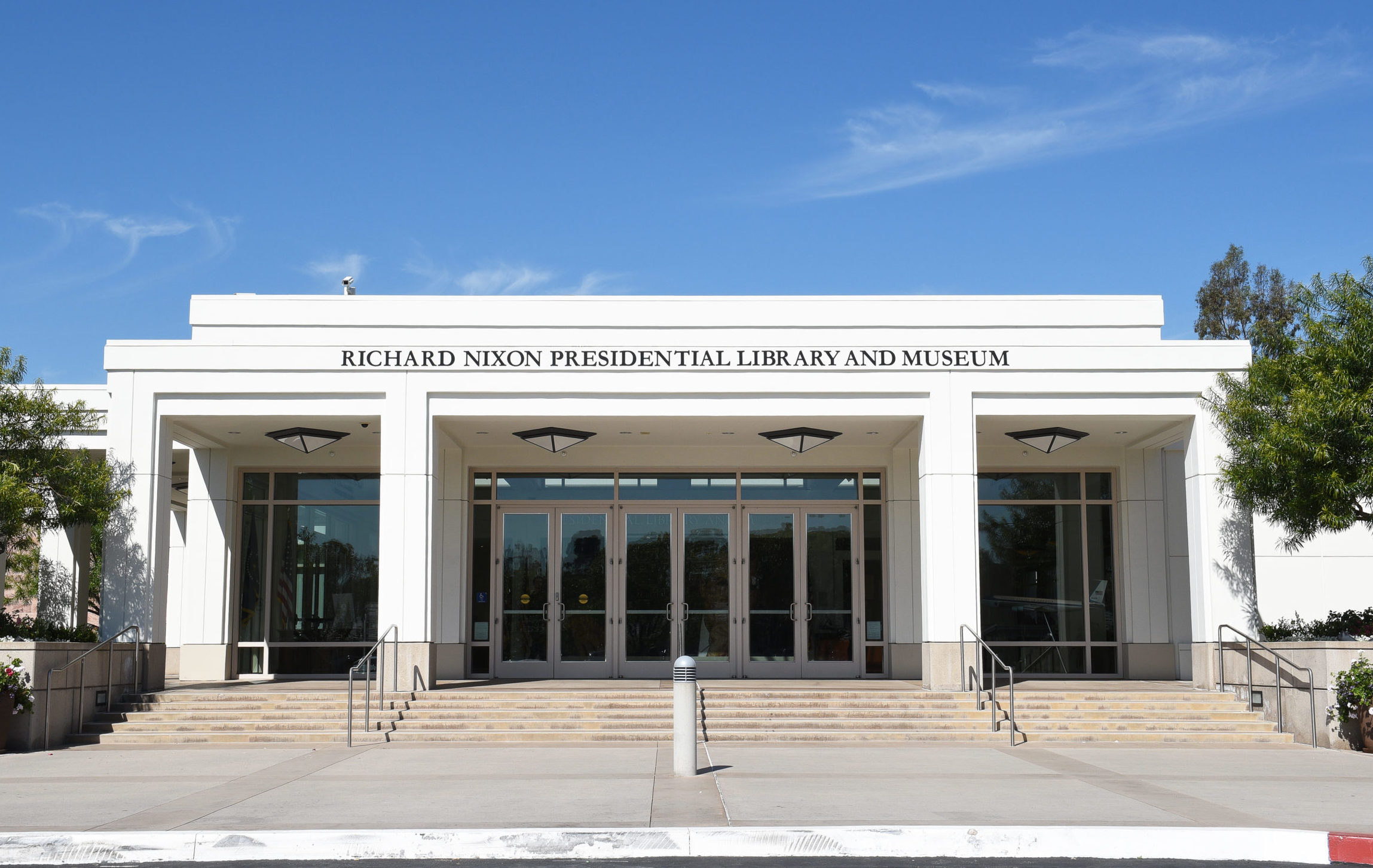 SOUTHERN CALIFORNIA—Richard Nixon always stabbed to the heart of the matter.

Leaders. Real Peace. In the Arena. Seize the Moment. RN: The Memoirs of Richard Nixon. These are a few of some nine titles the 37th president worked up during his forced retirement.

La Casa Pacifica. His house on the Pacific. (San Clemente, in southern Orange County, just north of San Diego, if we’re still being precise). But it’s not just Nixon’s old house that is out here. An escalating parlor game of sorts being played in California would likely remind President Nixon of a less sentimental, and far more meandering, chapter in life: Vietnam.

Like the future of the GOP itself, the hands played over Donald Trump between Nixon’s namesake library and that of his Republican successor in electoral victory, Ronald Reagan, appear, like ’nam and Covid-19, poised to go on for bloody forever. Allegedly vapid California is, coincidence or not, home to the intellectual nerve centers of the last two great Republican presidents.

The Nixon brain trust is burrowed in Yorba Linda, further up north from “La Casa,” and about fifty miles from the coast; it’s dubiously part of, or at least tangential to, the “Inland Empire” area, a name that is somehow suitable to R.N.’s smoldering, introverted, and powerful personality. What remains of Nixon, on this Earth, is there.

By contrast, Reagan’s library is in Simi Valley. This is all “Southland,” as this swath of the old Alta California is called, but it is fitting too that Reagan’s library, his intellectual resting place, is closer to the beach—and just a little nearer the Hollywood sign.

The two men were never close, and neither are their intellectual successors in the Republican Party.

While not exactly “ultra-MAGA,” as a recent profile of the Nixon Foundation’s top executive makes clear enough, the contrasting political wallpaper in these places these days is not subtle stuff. One roster: future House speaker Kevin McCarthy (from Bakersfield), Trump’s once-hardline enforcer William P. Barr, and Trump’s last national-security advisor Robert C. O’Brien, the shop’s new chairman of the board. An educational series available to subscribers features a full roster of the last administration’s more, let’s say, right-standing upper-middle cadre, such as Mary Kissel and Morgan Ortagus.

Compare that to the agenda at Gipperland: Chris Christie, selling “hard truths”; proof of life for Paul Ryan; Mike Pence in the house; John Bolton; and most recently, Liz Cheney. On second thought, the adoptive Californian president was always less subtle than the native (a lesson to take to heart).

Mike Pompeo, Tom Cotton, and Newt Gingrich have been spotted at both haunts in recent years. Either that means the former two are on the verge of bridging the divides of the Republican Party, or their future presidential campaigns will go about as well as Gingrich’s thwarted ambitions did.

What is evident is that one bibliotheca is clearly playing the game, and the other, for the moment, from this writer’s vista, is content to be a political oldies station. It is a hard reversal for the legacy of the man himself. Whatever else, Ronald Reagan in life was usually on the cool, cutting edge.

The 1980 Time magazine Man of the Year profile of the then president-elect was tagged “Out of the Past, Fresh Choices for The Future” (I wasn’t alive, but a cruel joke that that sentiment feels even more sorely needed today.)

Few contend that Donald Trump is a paragon of Christ-like character. But to exist in denial, in 2022, of the needed reforms to the Republican Party, and these United States, which the success of his candidacy uncovered, is not only to live in exile in one’s own party, but one’s own land. And to loop on the opera bouffe conclusion of his term is to turn a blind eye to the future.

Or as Roger Rosenblatt, penman of that Time piece, wrote then:

“The limits of freedom, our oldest idea, must be clarified now.... When young man Reagan went West for the first time, the future clearly looked like the ranch or like Pacific Palisades, or perhaps both: the genteel and frontier traditions bound together by good manners and pluck. But when he turns eastward this month, the New World will be more complex, more shadowy and more terrifying for all its magnificent possibility.”