A private who loses his rifle gets in more trouble than a general who loses a war. Until that is true no longer, we will keep on losing wars. 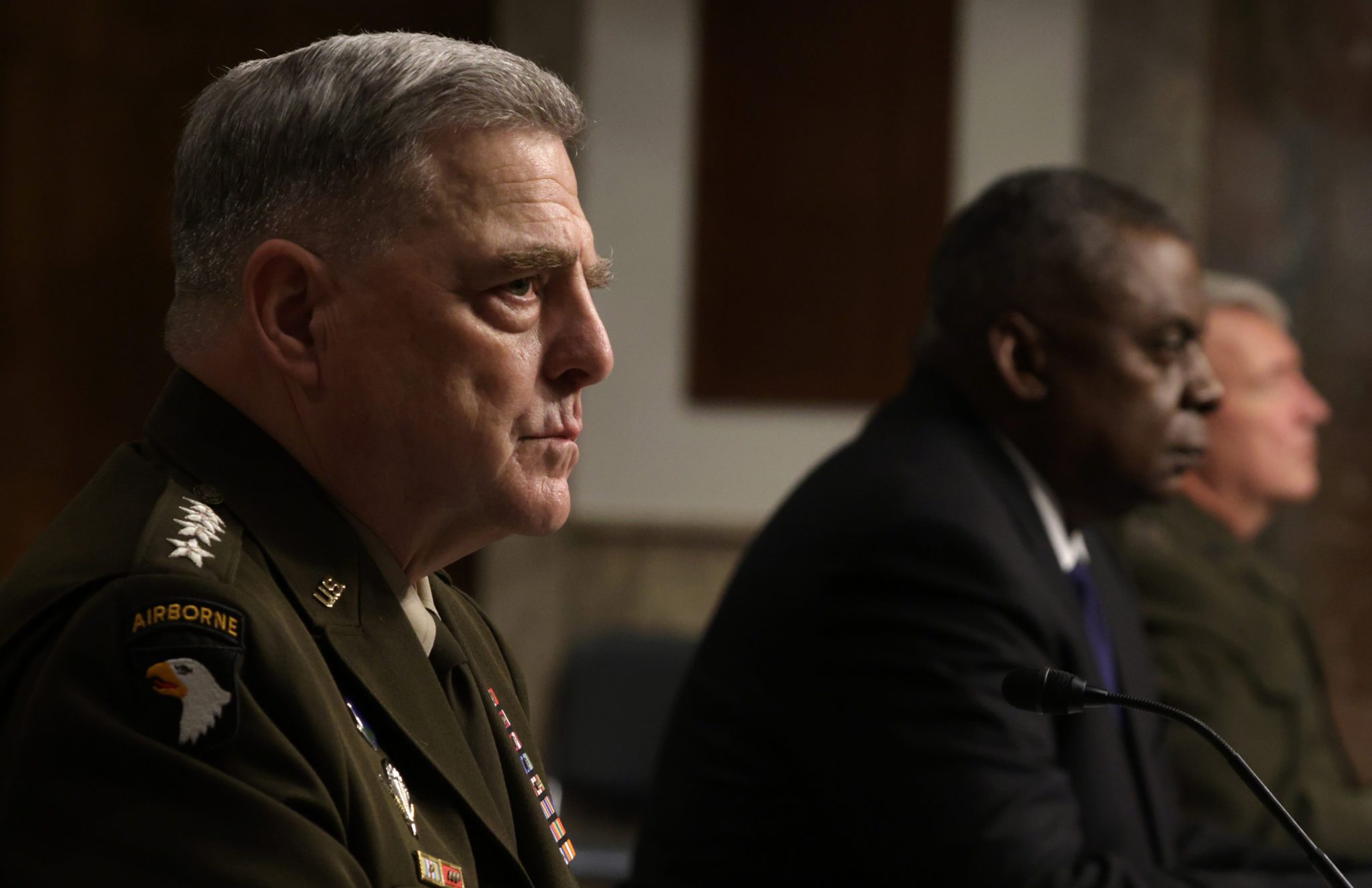 When I lived in Vienna, Austria, in 1971, I rented a room in the elegant (20-foot ceilings) downtown apartment of an elderly Frau Baron. In a country that had no crime, old ladies dared let rooms. Her father, General von Krauss-Elislago, was Archduke Franz Ferdinand’s favorite soldier. When he failed as a division commander in Galicia in 1914 and was relieved of his command, his career did not suffer. He had Protektion.

In the Austro-Hungarian Empire, you had to know someone very high up to get Protektion. America, fittingly, has democratized it. Now, as soon as you become a general or an admiral, you are covered. Lose a war? No problem. You will still retire with a six-figure pension and a lucrative position or contract with a defense company.

Following the debacle of our withdrawal from Afghanistan, Army and Marine Corps officers from captain to colonel are demanding accountability. Their services have worse than egg on their faces and they want to know why. Who botched it? If it was high-ranking civilians, what senior generals refused to go along? Did they put their stars on the table when they saw a disaster in the making? They are offered no answers, because the demand for accountability goes up through colonel and then stops. From brigadier on, the attitude seems to be that of the Italian Army’s chief of staff on the verge of World War II. He supposedly said, “When you have a full plate of pasta for life and a little wine, who cares about anything else?”

To his credit, the commandant of the Marine Corps has announced there will be a full critique of his service’s performance during the withdrawal. But that should be merely the amuse-bouche of a twelve-course meal. What about twenty years of failure that marked the rest of the lost war in Afghanistan? With the exception of General Stanley McChrystal, none of our top commanders tried anything beyond putting more firepower on more targets. That is apparently all the U.S. military can now do, and it guarantees defeat in Fourth Generation wars, wars with non-state opponents.

There was an alternative. Around 2005, a seminar I led, made up of officers from all our armed services plus the Royal Marines, Royal Swedish Marines, and Argentine Army, wrote and published a field manual for Fourth Generation war, the FMFM-1A (fittingly, we put it out as a manual of the Imperial and Royal Austro-Hungarian Marine Corps; you can find it, along with some more specific 4GW manuals, in the “Resources” section of traditionalright.com). When one Army officer, the commander of the First Infantry Division’s Cavalry Squadron, put it into effect in Afghanistan, it worked. Violence dropped steadily in his sector while it continued to rise in sectors around him. Did a single American general ever read the FMFM-1A? I doubt it.

Nor should the investigation and assignment of responsibility end with Afghanistan. The fact is, generations of American generals and admirals have blandly presided over an increasingly outdated and dysfunctional military. Only a handful have attempted reforms. In consequence, we now have a defense research, development, and procurement system so bureaucratic and complex it cannot produce effective equipment at affordable prices. Our armed services’ Taylorist manpower systems compel careerism and focus our officers’ attention inward, on budget and bureaucratic politics. The manpower system is the reason we have so few militarily competent senior officers; it promotes only those marked by hesitance and unthinking acceptance of the rules of the game.

The U.S. Navy is still structured to fight the aircraft carrier fleet of Imperial Japan, long after the submarine became the capital ship. Our submarines are so expensive we cannot hope to build enough of them. The Army and Marine Corps remain mired in Second Generation doctrine, the way of war developed by the French Army during and after World War I, which reduces man’s most demanding game to putting firepower on targets. The Corps’ last successful innovating commandant, General A.M. Gray, adopted Third Generation maneuver warfare as Marine doctrine in the late 1980s, but Marines do not follow their own doctrine. Under the complacent mandarins who pass for America’s senior military leadership, our armed forces have institutionalized the old definition of insanity: doing more of the same thing and expecting a different result.

Do senior civilians in the Defense Department and the White House, along with Congress, share responsibility for sixty years of military failure? Yes, although in the late 1970s and early ’80s an attempt to address our deep-seated problems, the Military Reform Movement, of which I was a part, arose from Capitol Hill and at times received support from some secretaries of defense. But the prime burden for military failure, on and off the battlefield, rests on those who commanded and still command our armed forces, the generals and admirals. The fact that their sins are more sins of omission than commission—just passing on to their successors the system they inherited—does not excuse them. In the real world, keeping a chair warm usually does not qualify someone for a six-figure pension.

A few years ago, an Army lieutenant colonel ended his career by saying in print in Armed Forces Journal that a private who loses his rifle gets in more trouble than a general who loses a war. That statement is literally true. Until it is true no longer, we will keep on losing wars.