The New York Post’s reporting has been confirmed by liberal outlets long after the 2020 election. 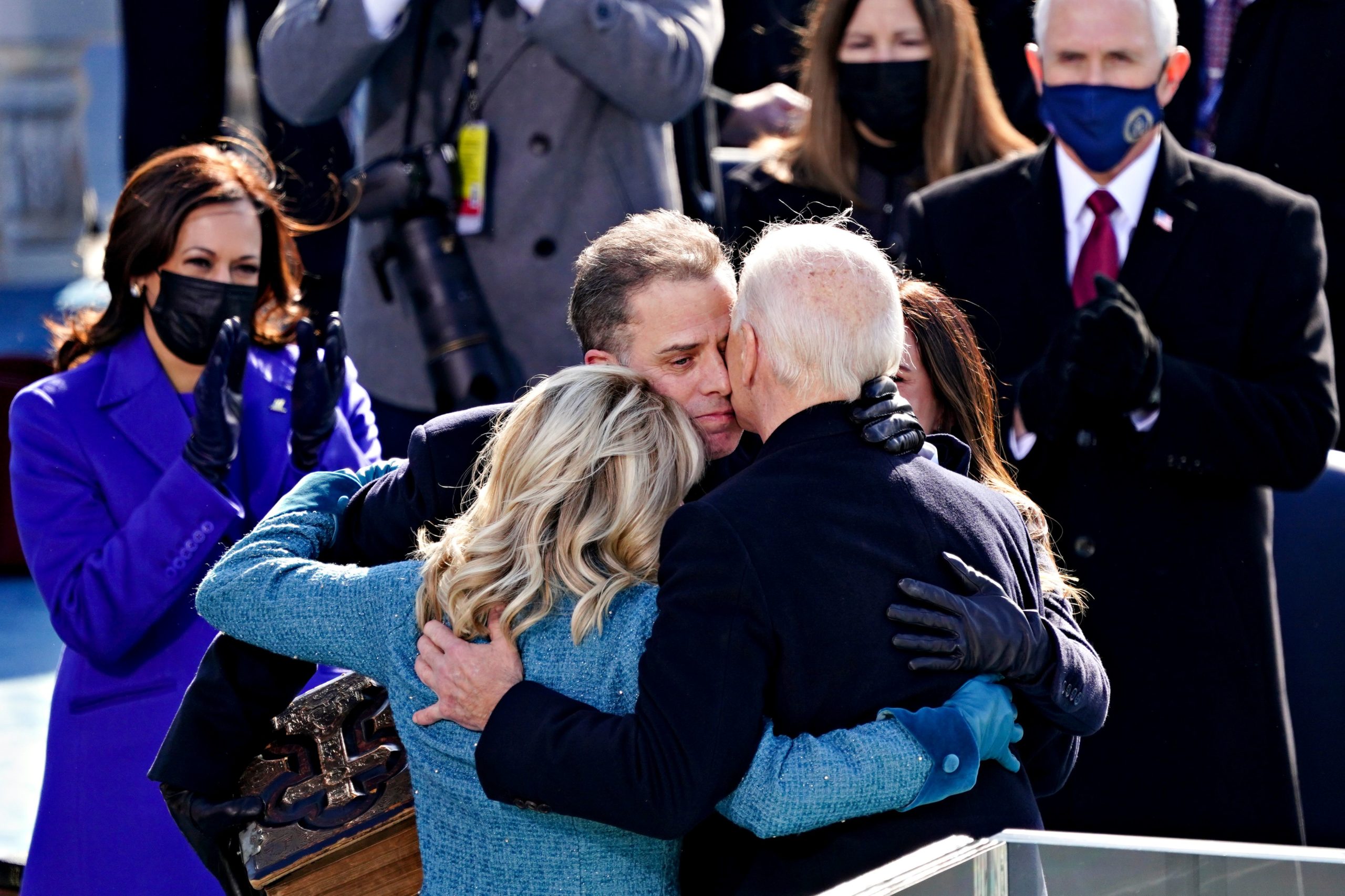 Joe Biden with his son Hunter Biden and First Lady Jill Biden after being sworn in during the 59th presidential inauguration on the West Front of the U.S. Capitol, January 20, 2021. (Kevin Dietsch/AFP via Getty Images)
Sohrab Ahmari

A CBS News investigation concluded that Hunter Biden’s “laptop from hell” is authentic. No, this isn’t a time capsule from October 2020. It is a news story from Monday, November 21, 2022, more than two years after the New York Post first reported on the laptop—and for the trouble faced bans on social media and accusations of peddling Russian disinformation.

It is the latest mainstream-media retread of the original story that ends up vindicating the Post’s original journalism, not just in its central thrust, mind you, but down to even the small details.

For its Johnny-come-lately report, CBS obtained Hunter’s hard-drive data from the Delaware repair shop where the illustrative presidential son had dropped off his laptop but forgotten to pick it up. The network then turned over the data for analysis to Mark Lanterman, a former digital forensic investigator with the Secret Service.

“There was one thing that got my attention and that was a voicemail,” Lanterman tells CBS. The voicemail to Hunter was from his father, Joe, “calling to tell you 'I love you, love you more than the whole world, pal. You gotta get some help.'” The intonation and voice unmistakably belong to the 46th president, but the voicemail is just “one of many findings Lanterman used to authenticate” the data.

The provenance of the data, as recounted by CBS, is as follows: Hunter dropped it off with the shop but failed to pick it up or pay his repair fee. After three months, the shop considered the laptop abandoned (taking what’s known in legal parlance as “constructive ownership” of the device). The shop owner later turned over the data to the FBI under a subpoena. Which is exactly as the Post described it in its original story.

Then there is the quote from Lanterman’s son, also a forensic expert, who explains to CBS, “Just the sheer volume of what we’re dealing with, it would be difficult, if not impossible, to fabricate. It accumulated over time, which is consistent with normal, everyday use of a computer.”

All that, too, was part of the New York Post’s claims about the data’s authenticity. The paper, where I worked as the op-ed editor at the time, published a number of private photos of Hunter, in part to show that the more substantive claims in its reporting came from the same trove of obviously authentic data.

These included the claim—still undisputed by the Biden camp—that Hunter helped arrange a meeting between his father, then the vice president of the United States and the Obama administration’s point man on Ukraine, and executives from Burisma, the Ukrainian energy firm that was paying Hunter $83,000 a month to sit on its board, no doubt to capitalize on Hunter’s vast expertise in Eastern European energy affairs.

Yet at the time, almost the entire mainstream media lined up behind the Democratic-deep state line that the Hunter Files constituted Russian disinformation. Politico’s Natasha Bertrand uncritically regurgitated a letter, signed by more than 50 former intelligence officials who falsely claimed, on the basis of exactly zero evidence, that the Post’s reporting was Kremlin-hatched disinformation.

This was not the idle speculation of a few ex-spooks. It served to justify in real time what perhaps was the most chilling episode of state-directed private-sector censorship in U.S. history.

NPR didn’t even bother to look into the story, with managing editor for news Terence Samuels telling the taxpayer-funded outlet’s public editor that “we don’t want to waste our time on stories that are not really stories.”

CBS didn’t exactly shine at the time, either. An October 16, 2020, CBS story, for example, asserted that the Post’s Hunter Files reporting is “reminiscent of Russia's efforts to dump damaging material about Hillary Clinton in 2016.” Remarkably, the new CBS report says nary a word about the Post, the censorship it faced, or the shameful lapses of other outlets.

So will the Post now receive a groveling apology from Facebook and Twitter? From the former intel officials who shredded their own credibility for a bit of anti-Trump agitprop? From the mainstream outlets that lined up to attack the Post, instead of doing their own reporting? Of course not. And, for their impunity, it is voters and American democracy that will pay the price.

Correction: An earlier version of this column misstated the publication date of CBS's original analysis characterizing the laptop as Russian disinformation.