The Amazing Church Forests Of Ethiopia 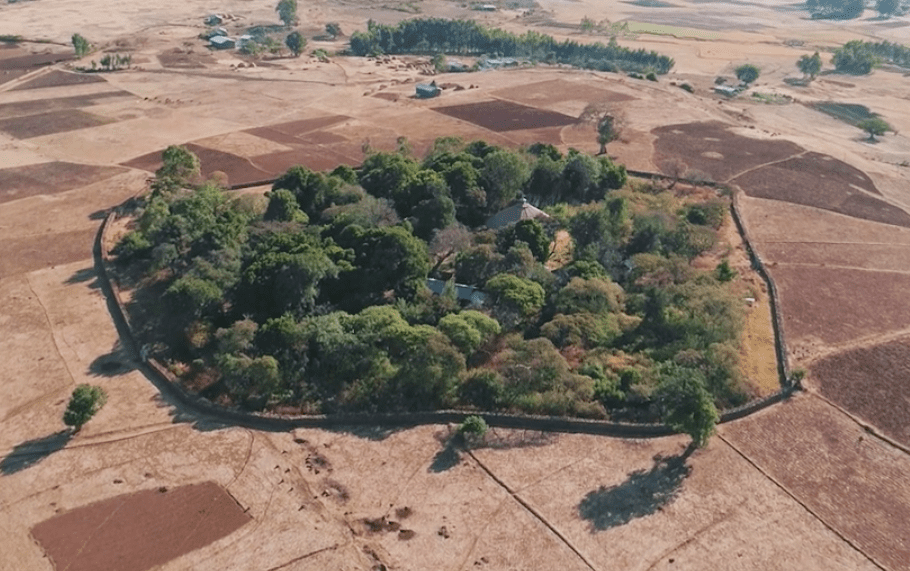 Reader Ryan Fehrmann sent me a link to a story and a short film about the most incredible and hopeful thing I’ve heard of in a while: the church forests of Ethiopia.

The Ethiopian Forest Churches are exactly what the Benedict Option should look like on a conceptual scale: it is not a fleeing from the world but a conserving of the good, true, and beautiful — the faith —  from all that would consume it. As one person in the video says: we build walls not to keep people out, but to prevent the destruction of what is within.

He’s right. The short film is only about nine minutes long, but stop whatever you’re doing and watch it. If you click on the link above, you can watch it in HD. Or here:

You have to click here, though, to read Fred Bahnson’s essay to accompany the film. Excerpts:

When he decided to become a forest ecologist, [Dr.] Alemayehu [Wassie] realized that in order to study Ethiopia’s native forests, he would have to study the forests surrounding churches. Until roughly a hundred years ago, Ethiopia’s northern highlands were one continuous forest, but over time that forest has been continually bisected, eaten up by agriculture and the pressures of a growing population. Now the entire region has become a dry hinterland taken over almost entirely by farm fields. From the air it looks similar to Haiti. Less than three percent of primary forest remains. And nearly all of that three percent, Alemayehu discovered, was only found in forests protected by the church.

“I was amazed to discover that,” he said.

When Alemayehu met Meg at an ecological conference, she introduced him to Google Earth. They estimated that there were nearly twenty thousand tiny church forests in the Ethiopian highlands, scattered like emerald pearls across the brown sea of farm fields, and most of these were no more than eight or ten hectares. While viewing the Google Earth images, Alemayehu and Meg hatched a plan: they would use these images to educate priests, showing them how much forest had been lost, and also how much was still worth saving.

The picked out the dying church forest of Zhara to see if it could be saved, as their pilot project. And:

Zhara was rich in biodiversity. During his initial research Alemayehu counted over forty-six tree species in this one forest alone. Yet it was becoming degraded. “When I first came to Zhara in 2002,” he said, “the forest floor was trampled. Like the dirt floor of a house.” He found no regeneration, no young seedlings emerging. Cattle had trampled or eaten everything within browsing height. A harsh microclimate dominated. Trees on the outer perimeter bordering farm fields were stressed; when Alemayehu returned a year later, some of those border trees had died.

“I said to myself, ‘this forest is not going to last.’”

As part of the pilot project, Alemayehu and Meg offered their first workshop to the priests on how better to conserve their forests, and it was at this workshop that the idea for the wall first arose. It came from the priests themselves. They would enlist local villagers to take stones out of the surrounding farm fields and build a dry-stack stone wall around the forest. Meg raised money for a gate and for trucking the stones. They built the first wall at Zhara in 2010, expanding the forest boundary from eight to ten hectares. Very quickly the process of regeneration began. The inner forest became more secure, the air more conditioned. Birds returned. Wild animals increased. The number of pollinators grew.

The stone wall protected the church forest from the things that were causing it to erode and die off. More:

As we stood beside the wall, a stream of local parishioners came and went through the gate. This is what Alemayehu meant when he described the wall as “porous.” A group of children hopped on the wall and ran down its length to the west until they rounded the corner and were lost to sight. An elderly woman approached. She stopped beside the wall, crossed herself three times, then bowed low at the waist and began to fan her face with both hands, cupping the air and pulling it toward her, as if partaking of some invisible goodness that lay inside the wall. Then she rose and walked solemnly up the forest path. Clearly this was no mere border fence; it was an entrance into the sanctuary. Churches in the Ethiopian Orthodox tradition inherited many of their ideas of sacred space from Judaism. The center of their church, like the metaphorical center of the Jewish temple, is called the qidduse qiddusan, the Holy of Holies. In that center rests the tabot, a replica of the biblical Ark of the Covenant, another borrowed symbol. Only priests can enter the Holy of Holies. Enclosing this sacred center is a larger circle—the meqdes, where people receive communion—and outside that lies a still larger circle called the qine mehelet, the chanting place. All three spheres are contained under the round church roof, but those circles ripple outside the church itself.

Beyond the church building lies the inner wall, which forms a circular courtyard around every church. According to tradition, the proper distance this wall should stand from the church is the armspan of forty angels. During my visits to different churches, I watched many people enter these inner courtyards. Before crossing the threshold, they performed various gestures of piety—crossing themselves three times, dipping a knee, perhaps kissing the wooden doorframe. It was clear to everyone that when you crossed the inner wall, you were entering holy ground.

The brilliant move the priests made was to take the idea of the inner wall and replicate it. Using the same design, they built a second wall of dry-stacked stone just outside the forest boundary, thereby extending the invisible web of sanctity to include the entire forest. Suddenly the holy ground surrounding the church expanded from the size of a backyard to a vast tract of ten, fifty, or even several hundred hectares. Once Zajor’s outer wall was complete, people could no longer cut trees along the perimeter, nor could cattle trample or browse young seedlings. Every tree, animal, and hermit was now sheltered under the church’s protection.

By extending the boundaries of what they consider sacred, the Orthodox Christians of northern Ethiopia are not only protecting their own forests; they are offering a pattern for how we might tap into our deep cultural memory reaching back hundreds if not thousands of years, and put that memory to work on behalf of the web of life.

When it can be channeled, there is no force on earth more powerful than the religious imagination.

Again, read it all, and watch Jeremy Seifert’s beautiful film.

Boy oh boy, did I ever love that short film and essay! Ryan Fehrmann is right: this is exactly what we want to do with the Benedict Option. If I had known these things existed, I would have traveled to Ethiopia to write a chapter for the book about them. The spiritual desertification we’re living through in the West has been caused by the forces of modernity. The only way we are going to preserve what remains is by building (porous) walls, to keep what is holy holy. Dr. Wassie hopes that by saving the remaining church forests, in time they will expand, and regenerate the great forests that used to cover Ethiopia. So too with our spiritual forests in the West, right? And not just in the West, but everywhere the withering hand of modernity has touched.

And look, the forest churches aren’t even close to the most wondrous houses of worship in Ethiopia. Watch this, and marvel.