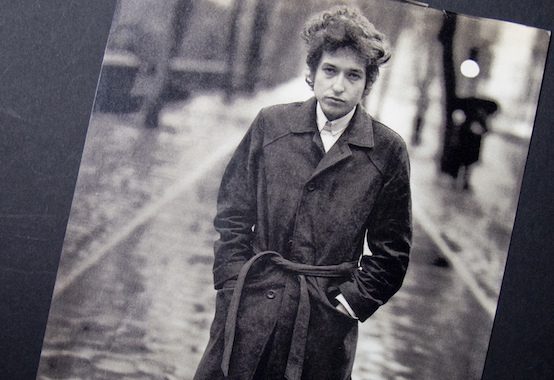 I had realized I was an atheist by the age of 21, before my great aunt died. She was a kind and sensitive woman, but I barely knew her. I accompanied my mother to the funeral service at a Serbian Orthodox church. The entire ceremony took place in Serbian and culminated in the priest chanting prayers while spreading incense on the coffin in front of the altar. A choir sang Serbian hymns. The sun cascaded into the cathedral, making the Byzantine art shine with blinding luminosity. I wept.

Aristotle argued that tragic art cleanses the soul of pity and terror through means of pity and terror. “So tragedy is an imitation not of people,” he wrote, “but of action, life, and happiness or unhappiness.” Beauty and wonder were essential to the Athenian philosopher. The soul, he believed, recognizes what is beautiful at first glance.

The Serbian Orthodox funeral for my great aunt possessed beauty, placed the mourner in a state of wonder, and through means of pity and terror imitated the trauma and triumph of human life. It was religion, but it was also art. Art without Aristotle’s elements, as the frivolous nature of American pop culture demonstrates, is useless.

Bob Dylan has released a new box set, Trouble No More, chronicling the period of his career most controversial to critics—the three years, beginning in the late 1970s, during which he made exclusively Christian music. To anger secular listeners with great severity, Dylan’s gospel was not of the “Jesus is just alright” hippie variety. It was fire and brimstone, “sinners in the hands of an angry God” exhortation. In live performances, his introductions to songs such as “Ain’t Gonna Go to Hell for Anybody” and “Are You Ready” included end-of-days prophecy and warnings of hellfire for nonbelievers.

Discovering Dylan’s Christian music decades after its release, I was prepared to hate it. But it became the stage of Dylan’s chameleon-like career to which I most return. The rock-gospel trilogy of Slow Train Coming, Saved, and Shot of Love boasts of some of Dylan’s most powerful and impactful music.

I am not alone among the secular in my appreciation of Dylan’s “born again” evangelization put to song. Christopher Hitchens once said that Dylan “never sang so beautifully” as during his Christian era. Robbie Fulks, a Grammy-nominated folk singer-songwriter whose songs include perhaps the first country anthem for atheism, “God Isn’t Real,” regularly hosts impassioned tribute performances to Dylan’s gospel in Chicago. Fulks was a Christian teenager when he first fell in love with the gospel trilogy of Dylan’s career, but even as an atheist he “cannot shake the music” because he can’t “hold the beliefs of a musician, even if they are against my beliefs, against the music.”

Another of Dylan’s secular supporters was the late Jerry Wexler, Dylan’s producer for Slow Train Coming. Wexler noted the irony that he, “a Jewish atheist,” produced two of the most popular Christian records of the 20th century—Dylan’s gospel debut and the majestic Amazing Grace by Aretha Franklin. During the recording session at Muscle Shoals Sound Studio in Alabama, Dylan attempted to convert Wexler, who left little room for discussion. He told the songwriter, “I’m hopeless. Let’s just a make a good record.”

Dylan and Wexler organized a band that could recapture the big and blistering blues and funk of the Muscle Shoals sound, perfected by Wilson Pickett, Little Richard, and Franklin. The Rolling Stones and Lynyrd Skynyrd had already incorporated the fiery soul of the Swampers into several of their best songs, but Dylan had a different mission than pure rock ‘n’ roll. He wanted pity and terror.

Wexler insisted that they recruit Mark Knopfler to play lead guitar. His soulful but restrained licks emerge out of the large and heavy arrangements like flickers of candlelight in the catacombs of Dylan’s spiritual rage. The Memphis Horns and a large enlistment of singers, including Carolyn Dennis, whom Dylan eventually would marry and later divorce, make the music as fit for a smoky blues club as it is for a Pentecostal church.

“Gotta Serve Somebody,” an irresistible, musical outline of hip hop, opens the record with an artistic expression of the Biblical injunction against the futility of attempting to serve two masters. “It may be the devil or it may be the Lord / But you’re gonna have to serve somebody,” Dylan half-sings and half-raps. The hit song also works excellently as a warning against the delusions of American individualists who believe they can detach themselves from all moral commitments by “doing their own thing.”

Dylan said the aim of his Christian lyrics was to “lay down the law.” Much less poetic and often weaker than his best compositions, the gospel songs still have a concussive force behind them. The lyrics are especially effective because Dylan often addresses them to an unnamed, single recipient. He takes his Christian theology, pulls it down from the heavens, and makes it as intimate as a love song or letter to a friend. Rather than vaguely devotional, Dylan’s gospel on the first and third records (Saved, the second album in the trilogy, is traditional in form and content) allows him to amplify socio-spiritual anger toward a world gone wrong. His Christian literalism acts as his own shield against the evils of man, but it is also a curative promise.

“Slow Train” begins, “Sometimes I feel so low-down and disgusted / Can’t help but wonder, what’s happenin’ to my companions?” Near the end of the song, Dylan demonstrates his unparalleled literacy in the musical measure of a lyric, rhythmically singing:

Well, my baby went to Illinois with some bad talkin’ boy she could destroy

I don’t care about economy

I don’t care about astronomy

On the title track of Shot of Love Dylan is delightfully murderous as he takes survey of his surroundings, finding corruption, capriciousness, and cruelty. He prays that God will inject him with the only medicine with the potential to heal:

Why would I want to take your life?

You’ve only murdered my father

Tattooed my babies with a poison pen

I need a shot of love…

The device of speaking directly, in the heat of an emotional moment, to an unidentified recipient brilliantly humanizes Dylan’s religion, and it makes his shift into devotional music more profound and effectual. “I Believe in You” is a love song more than anything else. He tells God that “they”—skeptics full of doubt and scorn—cannot break his faith.“I believe in you even through the tears and the laughter / I believe in you even though we be apart…”

It is impossible to deny that some of Dylan’s unfortunate lyrics, and his apocalyptic preaching, bust through the barrier separating sanity from insanity. In “Precious Angel,” an otherwise magnificent song, he celebrates the coming of a time when “men will beg God to kill them, and they won’t be able to die.” In what other context but religious expression would such a misanthropic and sinister wish elicit anything but horror?

Dylan has never fully explained his Christian conversion, saying only that a fan threw him a cross on stage and a miracle, through the intercession of the cross, occurred in his presence. The hocus pocus of Dylan’s testimony provokes scrutiny of the soft bigotry of low expectations helpful to religion. If he were to have claimed that a miracle happened due to a drumstick, few wouldn’t assume that the use of narcotics played a larger role than the divine.

Much of Dylan’s fundamentalist ideology, at least as he expressed it in the early 1980s, simultaneous with the rise of the Religious Right, is hideous in theory and practice, while many of the beliefs that inspire it are imbecilic, but—and I ask this with the pleasure of knowing that it subverts current socio-political convention—who cares?

The bifurcation of America into two hysterical tribes of political partisanship encourages its unimaginative residents to evaluate everything according to political function. A civilized people would do well to consider the seemingly radical proposal of assessing art according to artistic merit. I would have deprived myself of great joy, beauty, and wisdom had I shut off Dylan’s records, and my inhumanity would have defied measurement if I walked out of my great aunt’s funeral, or even hardened my heart to prevent the emergence of tears.

The degradation of American discourse into the shouts of accusation from social media mobs has made the entire country feel tragically less human. People seem to actually wake up in the morning itching to find out what this or that son-of-a-bitch tweeted. The daily outrages accumulate into nothing.

In the most marvelous composition of Dylan’s Christian music, “Every Grain of Sand,” the songwriter takes measure of his entire life, and searches for some semblance of meaning and source of purpose:

Oh, the flowers of indulgence and the weeds of yesteryear

Like criminals, they have choked the breath of conscience and good cheer

To ease the pain of idleness and the memory of decay

I gaze into the doorway of temptation’s angry flame

Then onward in my journey I come to understand

That every hair is numbered like every grain of sand

The questions at the heart of Dylan’s struggle are those that trouble every human life: How can we prevent our regrets from disabling our ambition? How do we face our imminent extinction with pride and strength? How do we gain the confidence to behave as if our lives matter for more than what is empirically verifiable?

Dylan might have found different answers than me, but only a fool would feel that those differences undermine the power of his inquiry. People are at their best when they invest more energy into the edifying expression of helpful questions than the demand for “correct” answers. When they forget about the superiority of questions over answers, they should know that they join company with the worst political and religious movements, whether the communism of the Soviet Union or the Islamic fundamentalism of many sadistic regimes currently in power.

The ideology of Bob Dylan collides with his own art on “Precious Angel.” He sings, “Ya either got faith or ya got unbelief and there ain’t no neutral ground.” Art, contrary to the insipid dogmas of those with the totalitarian impulse, is the neutral ground. For the growth of the intellect and the enlargement of the soul, it is also fertile ground.