The Woke Dark Phoenix Crashes and Burns at the Box Office 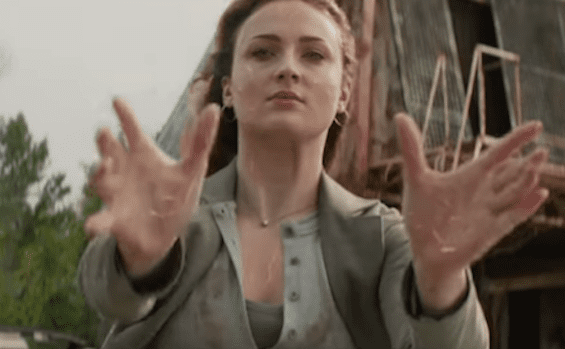 Out in theaters last weekend, Dark Phoenix is already famous for the scene where lead actress Jennifer Lawrence says the X-Men really should be the X-Women, since they do all the work and the men just take credit. I’m afraid that sort of woke clip, just right for Twitter, is about all there is to the movie.

After child sex abuse allegations finally brought down X-Men writer-director Bryan Singer, one of the most successful men in Hollywood, the franchise was handed over to screenwriter Simon Kinberg. This is his directorial debut and it’s all about progressives putting liberals on trial for male privilege.

Our heroine is Jean Grey, a mutant with telepathic and telekinetic powers—the very model of a strong, independent, modern woman. She gets hit by cosmic energy when the X-Men go into space on a mission to save astronauts. The American president congratulates them for saving lives—they’re all heroes for one sweet moment. But behind the applause, their unity (and, metaphorically, the liberalism their project represents) is already collapsing.

The failure that makes the rescue necessary symbolizes America’s failing space program, and the more fundamental failure of technological progress in the modern age. When the X-Men themselves fail, to my mind, it signals the failure of social progress. So liberalism is in crisis, but Professor X thinks their working for the government will earn the trust of normal people. So they press on.

Professor X’s second-in-command disagrees—and she’s the woman who actually runs their operations, Raven, played by Jennifer Lawrence. She thinks they’re just wasting their lives trying to please the Man. That now includes the Professor, who put Jean Grey in danger in the first place. Raven wants to leave the X-Men. This is where she gives the Professor a earful about what a tyrant he is.

Then Grey discovers the cosmic energy coursing through her veins—the adolescent is growing up. It’s not a metaphor for puberty—though the movie, set in 1975, does feature nods to De Palma’s Carrie (1976). But Grey is well past that. It’s instead the age of rebellion. Jean goes mad, beats up everyone who tries to stop her, and eventually involves all mutants in a conflict with the U.S. government. Presumably this symbolizes the social unrest of the late ’60s and ’70s.

In the real world, liberalism is split between two contradictory desires: patriarchy and feminism. Liberals want institutional control, but also to rebel against institutional injustice. Thus, the Professor stands not only for academia and a facilitator of creative disruption, but for patriarchal authority—he wants to be obeyed by Grey, for her own good. Seeing that she’s mad, he’s got a point.

Raven, however, stands for feminist liberation and wants to be equals with Jean, friends without any relations of authority. She, too, blames Grey’s madness on the patriarchal lies the Professor told her to control her powers. Moreover, Raven believes she can fix everything by showing Grey non-judgmental love. This predictably terrible idea leads to all subsequent catastrophes. But as a feminist, Raven sees something that arrogant institutions don’t: the ’60s unleashed desires that liberalism would never be able to control.

As to Grey herself, she’s the perfect brat with superhuman powers. She blames everyone who’s ever loved her and sacrificed for her. After all, all authority figures are fair game, and since they’re not perfect, she’s free to do what she wants to them. Soon, people start dying. She complains hysterically that nobody understands what it’s like to be her and does horrifying things, which is perfectly okay, because she’s out of control. All will be forgiven and forgotten by movie’s end.

So this tyranny has been unleashed, but none of the super-sophisticated mutants can control it. You just know generic nihilism is going to arrive: a generic villain who wants to use Jean’s power to destroy the planet. Jessica Chastain at her cinematic worst is this villain, and a pain to watch. In yet one more form of feminist revenge on, I guess, the patriarchal audience, she refuses to do much acting.

In only seconds, the villains’ generic alien race and their motivations are established and now you know the end of the world is coming. This part is so tedious that you want to go back to the teenage psychodrama. But that’s a problem, too. Grey is played by Game Of Thrones alumna Sophie Turner, who also manages to avoid acting throughout the movie—and she’s on screen a lot. She’s supposedly losing her mind, but she mostly seems bored.

It’s a remarkable case of CGI doing all the work—to show Jean’s anger, you mostly see electric cracks in her face and changes in her eye color. An entire side of Hollywood is dying off now that the people with all of the money have decided that animated and comic book characters are preferable to anything else. Celebrity is literally being replaced by fictional characters, since they’re more famous than real people, and the first thing we sacrifice in the process is talent.

The movie does get better. In the end, everyone learns they have to be family—never mind who killed whom—and stick together in order to prevail. So to conclude, nothing happens, just a family quarrel, and we go back to where we were. All of the government drama disappears.

So love conquers all—as Homer Simpson said about alcohol, love for the X-Men is the cause of and solution to all of life’s problems. That’s an encouraging vision: Eros tamed by family. But it’s wishful thinking, since there are corpses and irreversible failures strewn for miles behind.

Since X-Men: First Class in 2011, Kinberg has been rewriting American history from the point of view of the mutants—the super-powered yet oppressed liberals and their progressive ideals. Feminism is now revivified in Hollywood as an attempt to remarry popular culture and progressivism, under the new brand—wokeness. Actresses such as Jennifer Lawrence are supposed to use their celebrity to persuade the audience to become woke. This is a transparent form of advertising, and it’s obviously not working: Dark Phoenix cost close to $200 million to make, never mind marketing costs, but only raked in $33 million in its first weekend.