There are serious questions to be asked about the vaccine being pushed on us. Here are just a few. 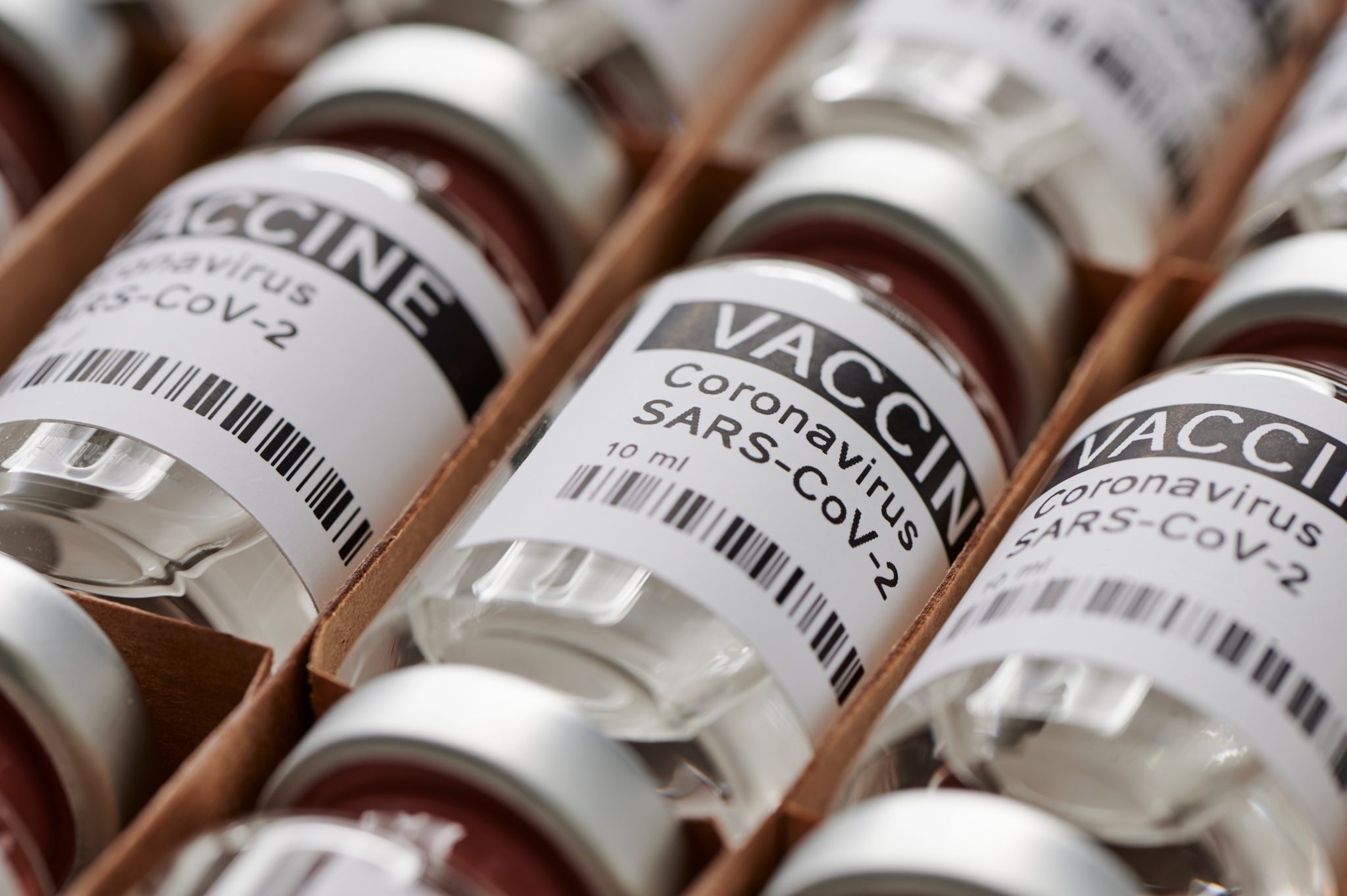 I have not been vaccinated for the Covid-19 virus. I am not anti-vaccination. I have had a variety of vaccines including those to protect against polio, measles, and mumps. When I step on a rusty nail, I am quick to get a tetanus booster. My children have been vaccinated against these things as well. Nevertheless, I hesitate to comply with the emphatic suggestions of various government agencies, and I find myself put off by the mandate issued by a stern, though at times confused, president whose patience, he has informed us, is wearing thin.

Why the hesitation? For one, I’ve had Covid. By most accounts, natural immunity is at least as effective as a vaccination in protecting against future infections. And while there is uncertainty about how long natural immunity will last, it is significant that in a 2008 study, people who survived the Spanish Flu of 1918 still had antibodies. Thus, I am, or at least should be considered, as good as vaccinated.

This is great news. If the goal is to control the spread of Covid-19, the number we should watch is the sum of those who have been vaccinated and those who have recovered from the virus. Currently, around 181.7 million Americans have been vaccinated against Covid-19, which is roughly 55 percent of the population. Nearly 42 million Americans have had confirmed cases and subsequently recovered. This number is likely far lower than the actual, since we know that many experience mild or no discernible symptoms and therefore develop antibodies without ever being tested. According to the CDC, from February 2020 to May 2021 an estimated 120.2 million Americans were infected with Covid and recovered. Combine these numbers with the fact that we are getting better at treating Covid symptoms, and there is reason to think that we are making serious progress in blunting the effects of this virus.

Thus, it’s hard not to smell a rat. I am, of course, not a physician; however, I am a political philosopher who has spent a goodly number of years thinking about the nature of power and the all-too-human proclivity to abuse it. This background primes me to ask certain questions.

First: Why do those pushing the vaccine ignore the natural immunity that recovering from a viral infection offers?

Rather than celebrating the fact that over a third of the population is likely carrying Covid antibodies, those in power are mandating vaccines without any regard for immunity. Yet, every vaccine carries certain risks. This is even more true with a newly developed vaccine the long-term effects of which are simply unknown. Is it rational for a person carrying Covid antibodies to take what is, for all intents and purposes, an experimental vaccine with no long-term data? Why? Please explain. A truly science-based approach would readily take into account those who possess natural immunity. Why is this not being done? Why do those who insist that we “trust the science” have no regard for the science of natural immunity? Something seems off.

Second: Why has information surrounding the Covid-19 pandemic been routinely suppressed?

A case-in-point is the lab-leak theory, which was floated early in the pandemic and roundly dismissed as Trumpian crazy talk. News outlets seeking to explore this possibility were suppressed. Individuals who expressed interest in this angle were dismissed as conspiracy-minded cranks who needed to stop peddling lies. Except now it appears that a lab leak is perhaps the most plausible explanation. Even more remarkably, it appears that Dr. Fauci and others knew that gain-of-function technology was an important part of the story, and this research was underwritten by an NIH grant. Individuals interested in the truth don’t suppress views they happen to disagree with. Again, if public health was the only consideration, then vigorous public debate and the free pursuit of the truth would be the norm rather than the exception. Obvious questions arise: Who is trying to suppress this information? What are they trying to hide? What do they stand to gain?

Third: Why was ivermectin so widely vilified in government and media reports?

Ivermectin is an anti-parasite drug that veterinarians use on horses and cows. It’s not for people, yet some (Joe Rogan is taking a horse dewormer!) are desperately pumping themselves full of livestock medicine in an ill-fated and irrational attempt to beat Covid. Right? Well, not exactly. Ivermectin has been prescribed by physicians for decades. In 2015, the discoverer of ivermectin was awarded the Nobel Prize for Physiology or Medicine. It is used to treat certain tropical parasites and is listed by the World Health Organization as an “essential medicine.” Veterinary applications have also been developed.

Ivermectin has been used by some physicians to treat Covid. The results have been mixed. While I have no opinion on ivermectin, I do find it suggestive that the mouthpieces of the vaccination-mandate cabal have manufactured an alternative ivermectin reality, rechristening it as a horse pill that only asses ingest. Even the FDA has beaten this dead horse. Why? Consider the following: according to FDA regulations, an Emergency Use Authorization (EUA) is permitted when, among other things, “there are no adequate, approved, and available alternatives.” The Covid vaccinations have been made available to the public as an EUA. Only last month the Pfizer vaccine received FDA approval. Other vaccines still operate under EUA guidelines.

If there were clear alternative treatments, the vaccinations would not receive EUA status. Clearly there is a strong incentive for monied interests to discourage the testing and approval of vaccine alternatives. The patent on ivermectin has long ago expired. No one stands to make billions on it. Sometimes following the money is pretty sound advice. Might it be in this instance? Perhaps, but we’ll never know the effectiveness of possible treatments unless scientific trials of various therapeutics continue, information about them is freely disseminated, and different voices are allowed to debate vigorously in the court of public opinion.

Fourth: Where does all this end?

If the pro-vaccination syndicate has its way, every American, and eventually every human, will have the Covid-19 vaccination. Furthermore, if recent chatter and momentum are any indication, regular boosters will be soon be standard. For instance, last week an FDA panel rejected a Pfizer request to recommend boosters for the general population, recommending, instead, boosters for people over 65 and those deemed at high risk. CDC director Rochelle Walensky, however, unilaterally chose to expand the recommendation to include high risk occupations, teachers, grocery store employees, and other “essential” workers.

Of course, there’s no clear reason why one booster will suffice. A policy of perpetual, mandated boosters is a remarkable achievement. If nothing else, there is a lot of money at stake in this vaccination ballet. But there is something here that should interest anyone concerned with “the science.” If everyone is vaccinated, there is no control group and therefore no group against which we can accurately judge the effectiveness of the vaccine. This is a monopoly of the most excellent sort and also an exquisite insulation against lawsuits: The government mandates regular doses of a drug the long-term effects of which are unknown—and unknowable—because we will have nothing with which to compare. All that would remain are vaccinated people humbly bowing to a perpetual mandate in the name of a promised security that is not even demonstrable.

“Politicized science” is being used as a club to bludgeon dissenters into submission. But this is not science, for science requires open and free inquiry. It is not politics, either, for legitimate politics requires free and vigorous debate. It is, instead, naked power masquerading as science. Combine this with a chorus of eager and self-righteous minions and you have a toxic situation where power is dramatically expanded and abused in the name of public health. Science is an obvious casualty, but when you dress up power in the garb of pseudo-science, another casualty is freedom.

Mark T. Mitchell is Dean of Academic Affairs at Patrick Henry College. He is the author, most recently, of Power and Purity: The Unholy Marriage that Spawned America’s Social Justice Warriors.