Rather than burning and looting, protesters should turn their ire on lawmakers and judges who facilitate police immunity. 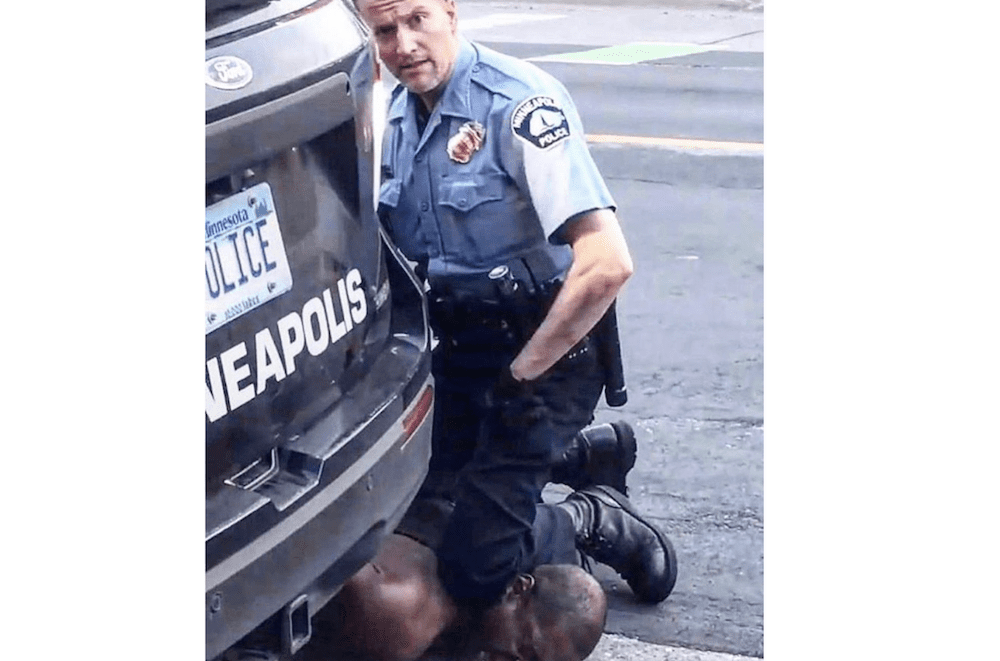 The brutal Minneapolis police killing of George Floyd has sparked violent protests, looting, and arson attacks in Minneapolis and St. Paul. A police precinct building was torched and destroyed and the Minnesota National Guard has been called out to restore order. But the killing in Minnesota is the latest reminder that politicians and judges—through federal law and judicial interpretation—have turned police into a privileged class that is most often unaccountable, if not entitled to oppress other Americans.

Almost everyone agrees that Floyd’s death was a horrendous injustice. President Trump, who urged police officers in 2017 to not “be too nice” to suspects they arrested, condemned what the police did to Floyd as “a very bad thing.” Former Minneapolis police chief Janeé Harteau said that the video of Floyd’s killing was “the most horrific thing I’ve seen in my career and in my lifetime.” Washington, D.C. Police Chief Peter Newsham declared that the officers’ actions were “nothing short of murder.” Derick Chauvin, the police officer who killed Floyd was arrested today and charged with murder; he and three other police involved in Floyd’s death were fired earlier this week

Floyd was killed by Chauvin pressing his knee on Floyd’s neck for eight minutes after he was handcuffed and laying face down in the street. Floyd repeatedly declared, “I can’t breathe.” It didn’t matter. ACLU attorney Carl Takei told the New York Times that police departments that permit “chokeholds try to differentiate between cutting off the flow of blood, which renders someone unconscious, and cutting off the flow of oxygen, which is deadly.” This dicey distinction often goes amiss, as in 2014 when Eric Garner was killed by a New York City policeman’s chokehold. But how did government officials ever acquire a right to strangle people who fail to instantly submit to their commands?

Such killings would likely not occur without the sense of impunity conferred on police in much of this nation. Sen. Amy Klobuchar, a top contender for Vice President candidacy for Joe Biden, was the chief prosecutor for Hennepin County (including Minneapolis) from 1998 to 2006. Klobuchar, who was nicknamed “KloboCop” by detractors,  “declined to bring charges in more than two dozen cases in which people were killed in encounters with police” while she “aggressively prosecuted smaller offenses” by private citizens, the Washington Post noted. Her record was aptly summarized by a headline early this year from the Twin Cities Pioneer Press: “Klobuchar ramped up prosecutions, except in cases against police.”

Minnesota cops also benefit from their state’s so-called “police officer’s bill of rights,” which impede investigations into killings by police and other misconduct.

Outrage over police abuses have become a regular occurrence in modern American life. In 1994, the ACLU and the National Rifle Association  jointly called for President Bill Clinton to appoint a national commission to investigate “lawlessness in law enforcement.”  In 2014, after violent protests over a police shooting in Ferguson, Missouri, Attorney General Eric Holder declared that “we must seek to rebuild trust between law enforcement and the local community.” But unjustified police shootings usually spark brief uproars and promises of reform— but no fundamental rollback of law enforcement’s lethal power and prerogatives.

Much of the media coverage quickly framed the Minneapolis killing as another example of systemic racism by police. There are many bigoted cops who have unjustifiably shot or otherwise abused innocent black citizens but people of all races, creeds, and colors are at risk from lawless lawmen. As the Washington Post noted, “In 2017, a Minneapolis police officer shot and killed Justine Damond, an Australian woman who had called police about what she believed was a possible sexual assault near her home.” The Montgomery County, Maryland Police Department continues to refuse to provide camcom videos or any other evidence on its predawn no-knock raid in Potomac, Maryland, in which police reportedly shot 21-year-old Duncan Lemp as he lay sleeping in bed in his parents’ house. The Lemp case has been largely ignored by the nation’s media (except for my American Conservative articles here, here, and here).

Focusing on racial bias also risks obscuring the fundamental problem: the Supreme Court has effectively given police a license to shoot, pummel, or falsely arrest ill-fated citizens across the nation.

In the wake of the Civil War, freed southern blacks were terrorized by lynch mobs and other attackers. Congress responded to Ku Klux Klan violence against freed southern blacks by enacting the Civil Rights Act of 1871 to authorize lawsuits against any person acting “under color of” law who causes a “deprivation of any rights… secured by the Constitution and laws.” But in a series of decisions beginning in 1967, the Supreme Court gutted that law by permitting police and other government agents to claim they acted in “good faith” when violating citizens’ rights. In 1982, the Supreme Court granted government officials immunity unless they violated “clearly established statutory or constitutional rights of which a reasonable person would have known.”

The Supreme Court effectively added an asterisk to the Constitution that expunged much of the Bill of Rights. In a 2018 case absolving a reckless shooting that killed a motorist, Justice Sonia Sotomayor angrily dissented that the court’s decision “tells [police] officers that they can shoot first and think later, and it tells the public that palpably unreasonable conduct will go unpunished.”

Sen. Lindsey Graham (R-S.C.), chairman of the Senate Judiciary Committee, said yesterday that his committee would hold a hearing on police violence to analyze “why does this happen, how often is it, is it an aberration.” Graham said the video of Floyd’s killing is “hard to watch, and I just imagine how many people died without videos.”

But Congress has, as usual, been asleep on the job. As Dan Alban, an Institute for Justice attorney and  the nation’s most effective litigator against asset forfeiture abuses, observed, Congress could pass legislation “clarifying that there is no qualified immunity” for civil rights lawsuits against state and federal officials.

But the problem goes far beyond qualified immunity. Politicians criminalize practically everything in daily life and then tell police “be nice”—or maybe mandate that cops attend  sensitivity training. The COVID-19 pandemic has resulted in a blizzard of new mandates and prohibitions that further empower police. A video went viral earlier this month of a New York Police Department officer tackling and pummeling a young black man who was suspected of violating new dictates on social distancing. One wonders if there are a hundred such instances of idiotic brutality for each one that trends on Twitter today

Minneapolis City Council Vice President Andrea Jenkins announced yesterday that city officials will “create a healing space at the site of the [burnt-down] 3rd Precinct so that people can grieve, express their concerns, their anger, in a safe and humane way.”  It remains to be seen whether a  “healing space” will deter the unjustified looting and violence that has proliferated in Minnesota. But rather than pillaging Family Dollar, Aldi’s, and Target, folks infuriated by Floyd’s killing should focus their wrath on the legislators and judges who have effectively given police a right to kill.