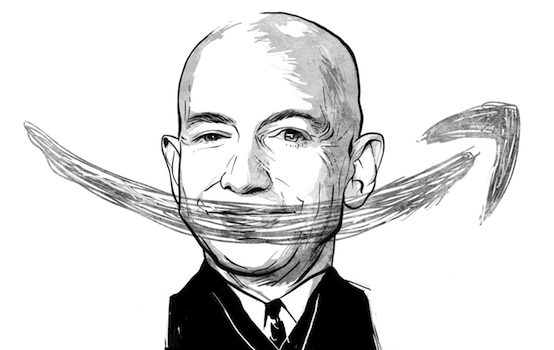 After pulling one last trick from its sleeve, Amazon’s yearlong HQ2 spectacle is over. The company released an official announcement earlier this morning, and the sweepstakes for its second headquarters (commonly referred to as HQ2) has not one but two winners: the Long Island City neighborhood of Queens, New York, and the Crystal City neighborhood of Arlington, Virginia.

With 50,000 high-paying jobs and $5 billion in infrastructure spending up for grabs, the largest development project in recent history generated enthusiasm as well as millions of dollars in free publicity. It also garnered widespread criticism as community leaders and journalists condemned the secrecy of the bargaining process, and accused the tech giant of instigating a “bidding war” between mayors and governors desperate for economic invigoration.

A corporation valued at $1 trillion, critics claimed, should not be privy to taxpayer-funded handouts. And yet, government officials in New York and Virginia did precisely that: the combined package includes tax breaks and subsidies worth more than $2 billion.

Amazon’s decision to expand its footprint in the New York City and Washington, D.C. metro areas did not silence its critics. In fact, with the economic disparity between coastal enclaves and the rest of the country deepening, the common refrain was that the deal will only make the rich richer. The selection, then, is par for the course: according to the Economic Innovation Group, the two regions accounted for almost half of the net increase in the nation’s business establishments from 2007 to 2016. That’s good news for the high-earning, well-educated winners of the 21st-century information economy; it’s bad news for regions left behind, and for those whose rising cost of living already outpaces their ability to pay for it.

Locating half of the expansion just outside Washington, D.C. also brings Amazon one step closer to transforming the nation’s capital into a company town. Amazon Web Services (AWS), the company’s lucrative cloud computing division and the primary catalyst of its profitability, is headquartered in Northern Virginia. And with a 34 percent share of the nation’s cloud computing market—larger than the next four competitors combined—Amazon has increasingly become intertwined with the digital infrastructure of the federal government.

Already the beneficiary of a $600 million deal with the Central Intelligence Agency, AWS is widely considered the frontrunner for the Department of Defense’s $10 billion winner-take-all cloud services contract. Amazon representatives have also recently met with U.S. Immigration and Customs Enforcement officials in an effort to sell them Rekognition, a real-time facial recognition surveillance technology which is powered by AWS servers.

Amid growing concerns from employees at Google, Microsoft, and IBM for its employers’ willingness to work with the military and the federal government, Amazon founder and CEO Jeff Bezos—who also owns The Washington Post and D.C.’s largest mansion—adopted a country-over-controversy posture, claiming he would not capitulate to coercion from his subordinates.

“If big tech companies are going to turn their back on the DoD,” Bezos said at a San Francisco tech conference last month, “this country is going to be in trouble.”

If such patriotic sentiments fall flat, Amazon will no doubt utilize the short drive across the Potomac River to access America’s halls of power. Facing heightened scrutiny for its labor practices and alleged violations of antitrust law, Amazon’s spending on lobbyists has grown exponentially in recent years. It spent $13 million courting the government in 2017, and having set personal spending records in the second and third quarters of this year, it’s on track to spend even more in 2018.

But arguably even more concerning than deepening regional inequality and the possibility of Bezos becoming the landlord of the nation’s capital is the fact that few cities will be spared from Amazon’s growing influence and power.

“The big prizeAmazon has gotten out of itsHQ2 stunt,” tweeted Stacy Mitchell, co-director of the Institute for Local Self Reliance, “is not the PR value of a bunch of city leaders singing its praises, or even the billions of dollars in subsidies that it will extort from public coffers. It’s the data.”

Indeed, under the guise of a multi-billion dollar development contest, Amazon successfully convinced the mayors and governors of 238 North American cities and regions to voluntarily surrender a treasure trove of information ranging from future infrastructure projects to land use patterns and everything else in between—all without being charged a dime.

Armed with this detailed data, Amazon will not only have a competitive advantage over its rivals in retail and cloud computing, it will also have a serious upper hand at the negotiating table with state and local governments, as it will know precisely how much taxpayer money it will be able to extract from public funds.

Amazon has emerged in recent years as the leading beneficiary of corporate welfare, pocketing more than $1.6 billion in state and local tax breaks and subsidies (including more than $230 million this year alone) for construction of its data centers and warehouses since 2000. As it seeks to grow its cloud computing market share, expand its physical retail footprint, and optimize its supply chain, Amazon will use the information it’s gathered to extract as many financial resources as it can. With many government officials operating as if economic development is a zero sum game, Amazon will continue to foment localized bidding wars that pit city against city, county against county, town against town.

“This is not about 1 city or 2 cities,” Mitchell says. “It’s about a corporation that’s extending its tentacles in every direction—to extract wealth, insert itself, dominate.”