Our culture lacks anything resembling a consistent intellectual and moral framework. 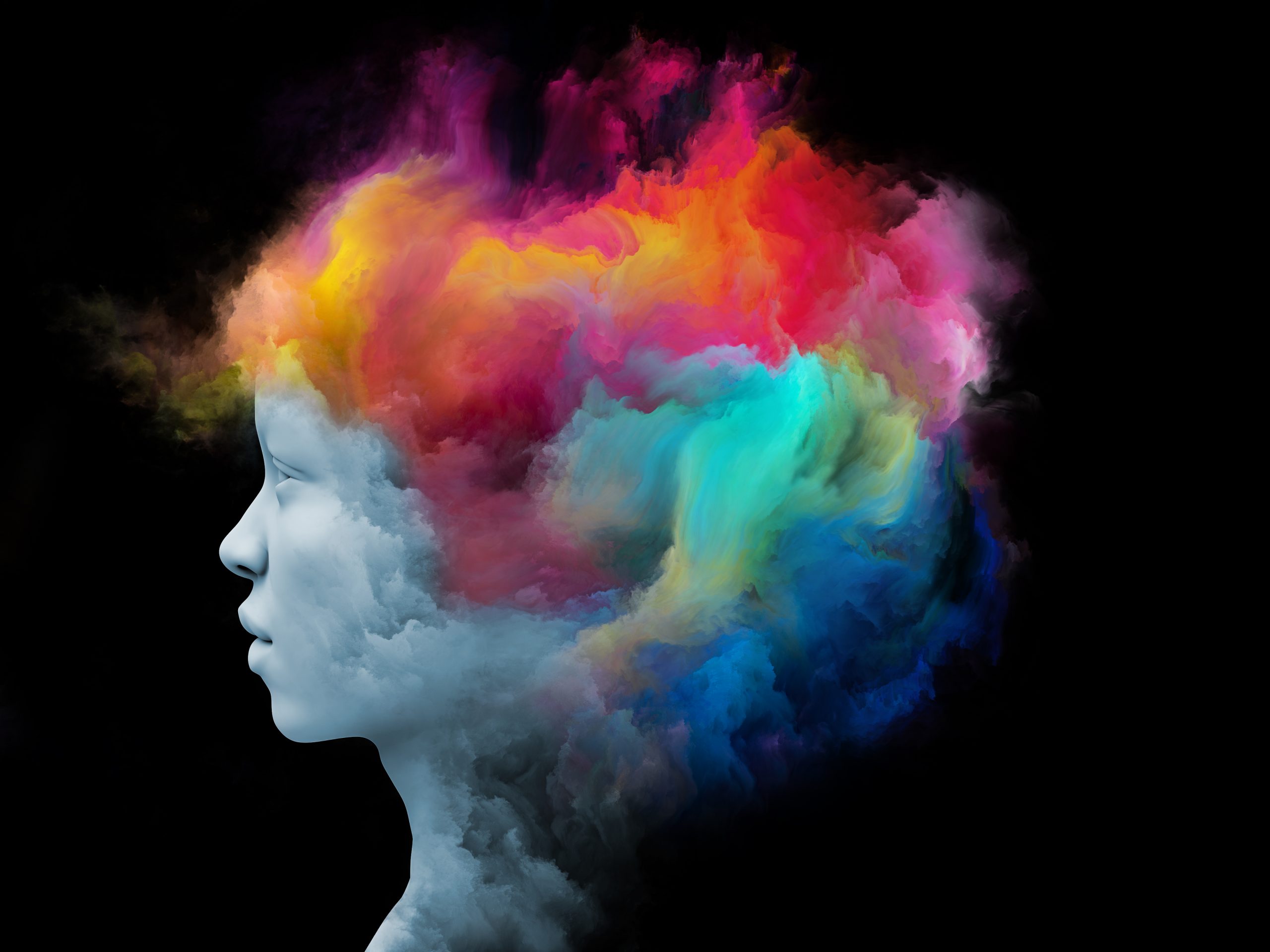 To reason, said American writer and satirist Ambrose Bierce in his Devil’s Dictionary, is “to weigh probabilities in the scales of desire.” Often I sense the truth of that definition when I read the Washington Post delivered each morning to my front door. One perceives the careful, calculated attempts at logic and consistency by the paper’s established commentators. But step back and evaluate the premises—especially of a broad sample of a writer’s corpus of opinions—and the wider incoherence driven by desire becomes more manifest.

For example, take Monica Hesse, WaPo’s first “gender columnist.” A quick glance through her pieces’ titles—including “Joe Biden should appoint women to half his Cabinet posts. That’s not just fair, it’s smart” and “Trumpist masculinity reaches its high water mark”—offers sufficient insight into the themes that define her literary imagination. Here’s my attempt: Celebrate the feminine (unless it’s someone like Melania Trump or Amy Coney Barrett), criticize the masculine (unless it’s someone like Joe Biden), and level generic opprobrium at conservatives, their values, and their politics.

Yet even with this simple editorial gameplan, the rational incoherence soon rears its ugly head. Hesse promotes any and every policy or cultural trend she assesses will further the cause of female rights and equality…and yet has offered carte blanche support for a transgender movement that is already undermining women’s athletics. She skewers pro-life activist Abby Johnson for sharing the gruesome details of abortion procedures… and then writes eloquently of the sorrows that accompanied her own multiple miscarriages, including the feeling of loss when the ultrasound revealed no heartbeat. Loss of what, exactly? And how, one wonders, does Hesse define the life inside a woman’s womb, a being whose heartbeat can be detected as early as six weeks, when many legal abortions occur?

Of course, this kind of incoherence isn’t unique among WaPo writers, nor unique in comparison to any other U.S. newspaper, nor even necessarily unique to liberals in comparison to conservatives. How about a rowdy crowd of pro-Trump supporters who deride Biden for refusing to stand up for law and order…and then overrun a federal facility, cause thousands of dollars in damage, and threaten Capitol police? Or Mitch McConnell’s flexibility on when nominees for the highest court can be evaluated by the Senate? (Though as a conservative and a fan of Amy Coney Barrrett, I’m not complaining about the result.)

Are Americans all just a bunch of hypocrites? Well… yes. This is a fallen world, after all. But the pervasive incoherence found in many of the most prominent topics of national debate — gender, sex, race—perhaps reflects something besides simply a moral failing. Rather, it evinces an inability to recognize how the arguments underlying our beliefs stem from certain philosophical commitments that are often in tension, if not outright contradiction, with one another.

This problem is one of those tackled by radio host and lecturer Robert McTeigue, S.J. in his book Real Philosophy for Real People: Tools for Truthful Living. He suggests we suffer from two dilemmas. Not only do we find it difficult to talk with our neighbors (who often subscribe to an entirely different conception of truth and the good), but we even find it difficult to articulate our own conception of such things. As philosopher Alasdair MacIntyre argues, it is emotivism—not coherent, rational logic—that pervades our social and political institutions, and modernity and postmodernity have, in effect, left us up an epistemological creek without a paddle. This is compounded by the fact that most Americans lack the “time, energy, ability, or inclination” to sort through the many “competing voices, ideologies, or enthusiasms” found in the diversity of our media sources.

McTeigue offers three fundamental habits that those seeking clarification to our age of disorientation and distemper must acquire. The first is the habit of solertia, or prudence, which enables us to “avoid being unwittingly poisoned, infected, or assassinated by bad ideas and dishonest claims.” The second is memoria, which is the habit of drawing upon the past—both our own and that of our forebears—for warnings, examples, aspirations, and exhortations. Finally, docilitas is the practice of being humble and open-minded, eager in pursuing the truth, and willing to learn.

The book also presents what McTeigue calls “thinking in four directions,” meaning that when evaluating truth claims one must consider the antecedents (if the claim is true, what makes it true?), supports (what supports the claim?), consequences (if this is true, what logically follows?), and objections (what are the opposing viewpoints?). And he describes what he calls an “ethical wedding cake,” in which one’s metaphysics (one’s understanding of the real) informs one’s anthropology (one’s understanding of the nature of the human person), which informs one’s ethics (the “oughts” and “ought nots” of human behavior).

In perhaps the meatiest section of the book, McTeigue explains how different philosophical systems, or worldviews, address eight basic questions. These include: (1) what’s really real; (2) what is the nature of external reality, (3) what is the nature of human persons; (4) what happens after death; (5) how it’s possible to know anything at all; (6) how we know right from wrong; (7) the meaning of history; and (8) what personal core commitments are consistent with the worldview. He then explains how some of the most dominant worldviews of our day—such as theism, deism, naturalism, nihilism, and existentialism—answer those fundamental questions. Digesting this intellectual framework enables a prudential observer to swiftly and adeptly analyze the kinds of arguments presented to them every day in the public square.

Unfortunately, all this is complicated by the fact that few people operate consistently and coherently within a single worldview—many glide carelessly between arguments that make sense only in a theistic worldview, and others that correspond only to a materialist one. For example, many of the most controversial issues of contemporary politics rest upon conceptions of justice that only make sense given certain metaphysical truths. Whether one is talking about promoting gender equality or opposing racism, such arguments rely upon certain conceptions of fairness and sameness that apply only if individual persons have an inherent dignity that a naturalistic or nihilistic worldview simply cannot provide. If we have no dignity stemming from a transcendent origin and telos, there is no basis for people having “rights” to anything. We are simply random collections of cells that evolved to become superior to other species. And those of us who are more superior than others of the same species—say by virtue of mental acuity, physical strength, or inherited wealth—have no reason besides some temporary personal gain (note: utilitarianism) to do anything for anyone.

Yet we see human rights proclaimed in the same breath as materialist assertions that race, sex, or gender are the most essential qualities of the human person. Those of us who see the contradictions, inconsistencies, and reductionism may point these out all day, but it’s rare to discover someone willing or even able to listen. In our postmodern world, coherency doesn’t even matter, except when reference to it can be exploited for political gain. We beg, borrow, and steal from the premises of whatever worldview will get us to our desired end-state. This could represent a cynical co-opting or hijacking of those ideas that further own ideological commitments, but it could also mean we are all to various degrees ignorant of the garbled character and content of our own mental processes.

America, we have often been told, is a melting pot (or salad bowl) of every culture and people on the planet. Yet that metaphor applies just as much to our own intellectual climate. I like to think that the former application has been mostly for America’s good, making our nation more dynamic, complex, and self-sustaining. Yet the latter has facilitated the broken socio-political reality we now begrudgingly inhabit. I know the tools Fr. McTeigue presents to help us navigate these rough waters will do those yearning for intellectual coherence much good. Unfortunately for many other Americans, I don’t think they even perceive the problem. Their reasoning, as Ambrose Bierce observed, is too infected with desire.