Afpak: What They’re Saying on the Ground

Anatol Lieven has an interesting piece up at the National Interest. Lieven is an expert on Pakistan and on his last trip there conducted interviews with two low-level Taliban operatives in Pakistani custody. They revealed what is apparently a common strategy to appeal to potential new Taliban recruits. One, Habib-ur-Rehman, had been a low-level religious […]
John Glaser

Anatol Lieven has an interesting piece up at the National Interest. Lieven is an expert on Pakistan and on his last trip there conducted interviews with two low-level Taliban operatives in Pakistani custody. They revealed what is apparently a common strategy to appeal to potential new Taliban recruits.

One, Habib-ur-Rehman, had been a low-level religious teacher in a local mosque, while the 37-year-old Ataullah had been a laborer. Both stressed how the Taliban had used class appeals to gain support: “They said that the poor should fight against the rich, because only the poor are good Muslims, because the rich have been oppressing the poor, and because land and wealth belong to everybody.”

It’s notable that class tensions are almost never cited as part of the equation in driving of the Taliban. Also interesting are some of the other apparent motivations of militant forces in Pakistan and Afghanistan that Lieven cites in his forthcoming book Pakistan: A Hard Country.

The head of the Jamaat Islami political party’s youth wing, Syed Shahid Gilani, said they “don’t accept the Taleban as a model” in part because they “offended the whole world,” continuing:

It is because of America that these terrorist attacks [in Pakistan] are happening. America is the biggest terrorist in the world…I do not fear the TTP [Pakistani Taleban]. I only fear the US…Before 9/11 there was no terrorism in Pakistan. Once America has left Afghanistan our society will sort itself out…We are not for the TTP but against America… 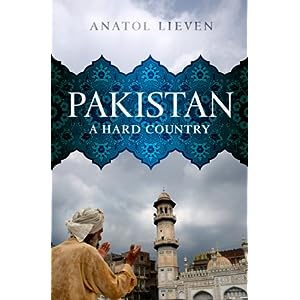 Lieven also spoke with a former member of the Jamaat Islami, Abdul Rashid Ghazi. Ghazi left the party “in protest at what he called their cowardice and political compromises” and went on to form militant groups of his own. Writes Lieven, “He seems to have been radicalized by his father’s murder, but even more by the US invasions of Afghanistan and Iraq after 9/11.” Ghazi told Lieven in an interview:

Our view is that suicide operations in Afghanistan and Iraq are halal [legitimate] because they help stop the aggressor from continuing his aggression. After all, US soldiers have traveled thousands of miles to kill innocent people. But such operations should not themselves kill civilians… And terrorist attacks should not take place in Pakistan. You have to understand, though, that the people who are doing this are doing it from frustration and revenge. It is like a younger brother whose brother has been killed and who runs amok, forgetting about the law.

Americans should think and think again about their government’s policy. If you talk to us and try to understand us, you can win our hearts. But if you come to attack us you will never win our hearts and will also never conquer us, because we ar a very determined people. How much have you spent on this so-called war on terror? Trillions of dollars. If you had spent this on helping develop Pakistan and Afghanistan, we would have loved you and never attacked you. But this is the stupidity of Bush, I believe, not of all Americans.

Granted, Ghazi was tailoring his speech to an American audience at the end there, so things are perhaps less peachy then he seems to imply. But these sentiments do exist in Afghanistan and Pakistan, as I was reminded in reading the transcript of a Frontline documentary that features an exchange between an Afghan journalist and a Taliban operative:

Q: And what will happen if the Americans leave?

Taliban operative: We will sit back and give up our weapons.