These terrorists, through their warped and envious eyes, saw something many Americans missed: the true beauty of the Twin Towers as a testament to all that our nation has and will accomplish. 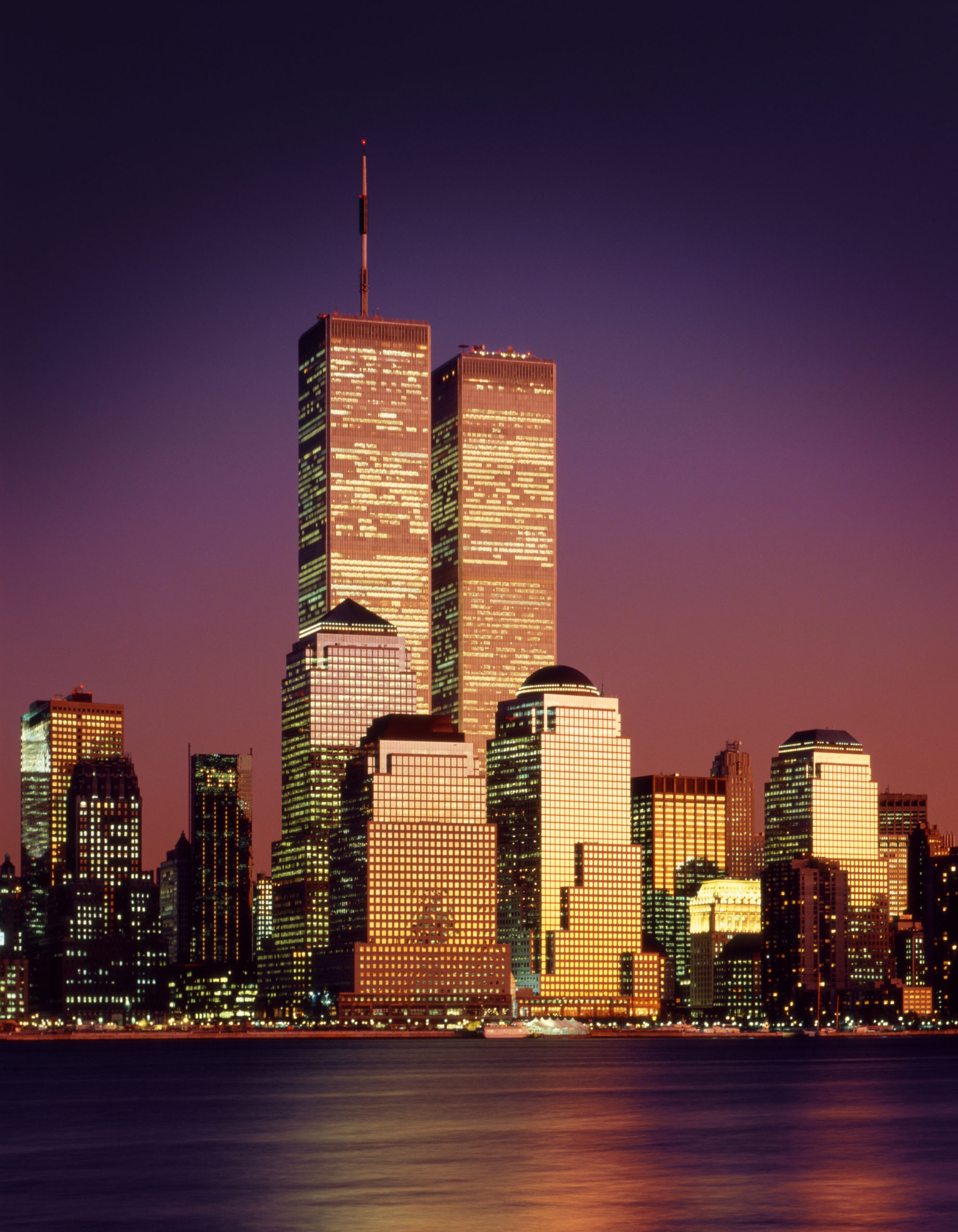 In the 21 years since their destruction on 9/11, the Twin Towers of the World Trade Center have posthumously become such powerful symbols of Americanism that it is easy to forget how unpopular they were during their three-decade lifespan.

The towers were criticized from the start for their monotonous blockiness, derided as “filing cabinets” and “the boxes that the Empire State Building and the Chrysler Building came in.” Indoors, the towers’ narrow windows denied occupants full panoramic views. The towers were also riddled with asbestos, and fraught with structural vulnerabilities that may have contributed to their collapse. They were perhaps the two most modernist buildings ever created, the epitome of form following function, and their destruction, in the first days of the twenty-first century, wrote a symbolic end to the twentieth.

Their myriad flaws undoubtedly contributed to the decision not to rebuild the towers in the aftermath of the attacks. The damaged portion of the Pentagon was rebuilt, and, had it been attacked, the Empire State Building likely would have been rebuilt, too. Though few would admit it out loud, some probably viewed the attacks as a tragic erasure of an architectural mistake. The new One World Trade Center, itself the object of much criticism, has a sleeker and more elegant design, and blends in more seamlessly with the rest of Lower Manhattan. And yet to decide not to rebuild the towers, with their problems fixed but in keeping with the original design, may have been one of the greatest mistakes our nation has ever made. By replacing them with an entirely new building, we tacitly ceded ground to those who attacked us, giving them a say in the New York skyline.

This was recognized by none other than Donald Trump, who as a real estate developer in the 2000s sponsored a proposal for the “Twin Towers II.” Trump’s plan would have rebuilt the towers five stories taller (reminiscent of his later promises about the border wall) and with additional safety features. As proposal architect Kevin Gardner said, “in Israel, whenever a building was destroyed by terrorists, they put it back.” In this case, Trump’s gut instincts were correct; abandoning the Twin Towers’ design indeed signified surrender.

If Americans did not see the value in the buildings, their attackers certainly did. This is why they attacked the structure repeatedly, starting with Ramzi Yousef’s 1993 bombing. Then, years later, the 9/11 planners chose the towers from a long list of targets proposed by Khalid Sheikh Mohammed, including nuclear-power plants, FBI and CIA headquarters, and other tall buildings on both coasts.

In the terrorists’ estimation, the Twin Towers were targets on par with the Pentagon, White House, and Capitol—central organs of their American foe. They were twin pillars of American financial might, and symbolized all that Al-Qaeda, in its savage backwardness, loathed about the United States.

That loathing has its roots in the modern Islamic-terror movement’s intellectual forefather, the Egyptian writer Sayyid Qutb, who visited the United States in the late 1940s and wrote a vicious denunciation of “The American I Have Seen.” Qutb praised America’s “inexhaustible material resources, strength and manpower,” but said the nation’s greatness was only skin-deep: “In America, man was born with science, and thus believed in it alone. In fact, he only believed in one kind of science, and that was applied science.” Americans, he said, were given over to “the crude power of the mind and the overwhelming lust for the sensual pleasure,” resulting in a society devoid of “windows to the world of the spirit or the heart or tender sentiment.”

The rest of the essay rails against everything from American women to American haircuts to salted watermelon. But Qutb’s work, for all its flaws, contains a coherent worldview, one which inspired a cadre of sullen young men to carry out the 9/11 attacks. Those men saw themselves as having been brought low before an unworthy enemy. A thousand years ago, in the Islamic Golden Age, the Muslim world spanned much of Afro-Eurasia and sat at the center of global civilization. Cities such as Baghdad were bastions of civilization, producing great poets, artists, philosophers, theologians, scientists, mathematicians, and architects.

But Islamic civilization had declined in the centuries since. The Middle East was carved up by the European powers after World War I, and then humiliated again by the tiny nation of Israel, which repeatedly smote the vast Arabic armies. The humiliated Islamists of Al-Qaeda prayed to God to give them back their strength long enough to strike a deadly blow at their enemies. And they succeeded, punching far above their weight, as a small group of poorly trained losers brought down the twin pillars of the temple of capitalism.

Did it not occur to the hijackers, those men of the eighth century howling through the sky at the helm of a machine of the twenty-first, that they were themselves incapable of building such a machine? The word “hijack” has perhaps never been more appropriate; the airplane is a Western creation, invented and developed in the nations Qutb hated, a device by its very nature emblematic of American superiority.

For all his pretensions, one suspects Qutb’s true motives were far baser: envy of the self-evident greatness of American civilization. His writing smacks of insecure rationalization, of sour grapes, of explaining away his object of envy. This is most apparent in his descriptions of American girls who “awaken primal sensations” with their “round breasts” and “full buttocks,” and of American boys with their “ox muscles.” Qutb would have adopted America’s technological might and its cultural beauty in an instant if given the chance. He could have been a visionary who helped rebuild the Islamic world into a great civilization once more, but he chose instead to destroy.

It is also worth mentioning that pilot-hijackers Mohamed Atta, Marwan Al-Shehhi, and Ziad Jarrah were apparently afflicted by doubts in their final days. According to Jarrah’s widow, “much about America shook the views of the three, forcing them to ponder the difference between their societies and the richness and hope of the West. In America, no one pried into who they were. They were free to travel and practice their faith — and even train to be terrorists — without the mosque or secret police or even neighbors watching or judging. (They) were free to be themselves.”

These terrorists, through their warped and envious eyes, saw something many Americans missed: the true beauty of the Twin Towers as a testament to all that our nation has and will accomplish. When Notre-Dame burned in 2019, many agreed that the cathedral should be restored with minimal changes. To change it would have been to deface hallowed ground. And, in a sense, the Twin Towers were also hallowed ground, even before their destruction. Had we once again raised those imposing symbols of America’s capitalistic might, we would have secured a final spiritual victory over the enemy. Our decision not to do so is a punctuation mark on our failed war on terror.