The End of Ghibelline Europe

Europe's future depends on whether it wishes to remain Ghibelline—subordinate to the imperial center—or to choose the liberty of Guelphs. 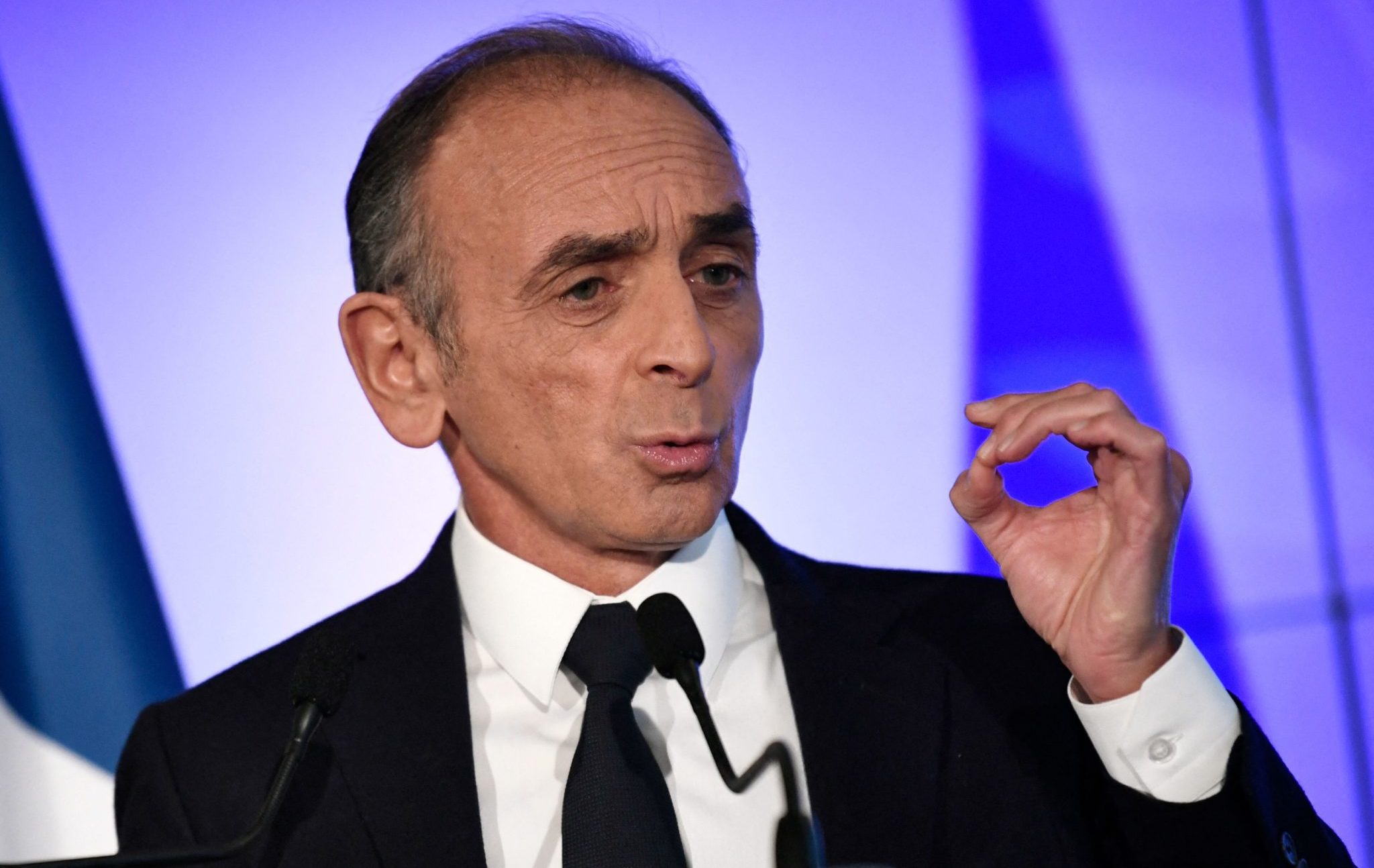 In his book covering the backstage of E.U. negotiations during the Greek crisis, Yannis Varoufakis has unveiled the E.U.’s ruling mechanism. In France, it is called “le couple franco-allemand,” or the Franco-German couple. The Greek minister was astonished to discover what it really meant: submissiveness of the French and obedience to German decisions. He raised the subject in a private conversation with his French counterpart, Michel Sapin. The latter replied to him: “Yannis, you must understand, France is no longer what it once was.”

It was certainly something different under de Gaulle. The general defined the relationship between Paris and Berlin succinctly: “France is to be the jockey and Germany the horse.” This attitude of putting the brakes on the excessive ambitions of its neighbor—understandable given the two wars—would soon fade and give way to a fascination with the “German model”.

The outcome of this fascination is well known. As two left-wing, sovereignist economists, the late Coralie Delaume and David Cayla, point out, in any international organization there are, of course, relations of power. In the E.U., however, the assumption is the relative equality of all members. This is contradicted by reality, which reveals imperial “internal hierarchy between the core and the marches. It is the core that dominates, which means that Germany decides” on all important matters. French compliance appears as the condition of an order in which the most crucial issues in Europe are not subject to discussion, but solely to Berlin’s will.

In medieval Europe, two factions had long clashed. On one side the Ghibellines, supporters of the German emperor. On the other, the Guelphs, defending freedom against imperial hegemony. This division has become relevant again. Europe’s future depends on whether it wishes to remain Ghibelline—subordinate to the imperial center—or to choose the liberty of Guelphs.

It was Charles de Gaulle who restored France’s self-confidence in the 20th century. First, during the war, when the French will to fight seemed to have waned, he rallied around him those who wanted to reclaim independence. Then in 1958, when bickering parties of the Fourth Republic proved that they had learned nothing from the years that had brought the Third Republic to its demise, the general endowed the country with new institutions to unleash its dynamism. His successor, Georges Pompidou, continued the ambitions of de Gaulle, developing industry and pursuing a policy of great aims, introducing nuclear, supporting groundbreaking innovations in aviation (Concorde) and rail transport (TGV). France was innovative in terms of institutions as it was in terms of technology, and in foreign policy it tried to maintain room for maneuver, keeping both the U.S. and the Soviet Union at bay.

For some reason, however, the conviction that France could be an independent power and pursue its own path would collapse. Since the late 1960s, as Édouard Husson notes in his book Paris-Berlin: la survie de l’Europe, French self-confidence has been shaken. Among the elite a belief in the superiority of their neighbors has taken hold again. Eventually, the leaders of the Fifth Republic will bind themselves politically to Germany to the point where they have stopped not only thinking independently, but also acting independently.

Emmanuel Macron marks the culmination of this phenomenon. During his 2017 presidential campaign he was anxious to head to Germany, where he also traveled on his first visit after winning the elections. His aspiration was to strengthen the relationship with Germany, in the belief that his ideas for E.U. reform needed to gain Berlin’s approval. In the end, Angela Merkel never expressed any particular interest in his projects, save some empty declarations.

The price of French illusions is not just Macron’s prestige. The cost of German hegemony is paid by Europe as a whole. Angela Merkel was the leader of Ghibelline Europe and her political style shaped much of the continent’s destiny in the early 21st century. The image of a consensus-seeker obscured the reality: an authoritarian way in which she decided on existential issues like immigration and energy policy.

In 2011, after the accident at Fukushima, the chancellor decides to bring an end to nuclear power in Germany. The price of this green messianism will be an even deeper dependence on gas supplies from Russia, hiking electricity prices—the second most expensive in Europe—not mentioning the “1,100 excess deaths per year resulting from the local air pollution emitted by the coal-fired power plants operating in place of the shutdown nuclear plants,” as one study indicates.

This issue quickly ceased to be a matter of domestic politics, as Berlin is trying to impose its energy policy model on the rest of Europe. In the E.U. it is actively resisting the push to include nuclear energy in the green taxonomy. It was Merkel who persuaded Macron to reduce the share of nuclear in the French energy mix. However, while the Fessenheim reactors were being closed—”to fulfill the elite dream of ecological purity”, as Martin Gurri aptly put it—new coal-fired plants were opening in Germany. Berlin’s hypocrisy doesn’t end there: It is importing nuclear energy it decries so much from the Czech Republic and France.

The decision to invite immigrants to Europe in 2015 was also made by Merkel on her own. Not only did she not consult with her European counterparts, but she also did not ask for the approval of her own people. Hundreds of thousands of immigrants rushed to the continent, destabilizing the situation at the borders. Just as the decision to abandon nuclear did not help the energy transition but hindered it, inviting immigrants did not make Europe more open. It had the opposite effect. In response to rampant unemployment and extremism among the migrants, the E.U. became permanently divided over the issue, while populist parties garnered support.

In the French debate, sovereignist voices often make yet another accusation against Germany. They claim that Berlin is subordinate to America and implements foreign policy dictated by Washington. However, one is tempted to risk the hypothesis that this is a product of German propaganda. By avoiding responsibility for its conduct and shifting it to the U.S., Berlin can fuel emotional French anti-Americanism while protecting the useful illusion of an impeccable French-German partnership.

The continued increase in dependence on Russian gas supplies can hardly be described as a policy imposed by Washington. It took Donald Trump to expose the duplicity of the German stance. In 2018, the American president said: “If you look at it, Germany is a captive of Russia…. I think it’s something that NATO has to look at. I think it’s very inappropriate.” He asked a question that no one in Europe was asking out loud: “How can you be together when a country is getting its energy from the person you want protection against?” Trump’s remarks were only confirmed by Germany’s ambiguity during the Polish-Belarusian border crisis and later in the period leading up to the Russian attack on Ukraine. Before the invasion, everything suggested that Putin, as Edward Luttwak noted, “had German government firmly in his camp.”

After the Russian aggression, Western media praised Germany’s “awakening”, which chancellor Scholz’s speech was supposed to be a sign of. In fact, as some commentators have recognized, there was nothing groundbreaking in it. Scholz promised that Germany would fulfill its pledge and spend 2 percent of its GDP on defense by 2024. The same timeline was set already by the 2014 NATO Wales Summit Declaration. Experts have hailed the Chancellor’s speech as a “watershed moment”, greeting his words with the same incorrigible enthusiasm with which they greeted Merkel’s previous statements. Back in 2019 they spoke of a “sea-change in Germany’s perception of its international role,” even though in the end nothing really changed.

The problem is not just confined to relations with Russia. Berlin’s foreign policy is significantly influenced by German industrialists, most of whom fall into what Lee Smith accurately described as “the China Class.” Growing distrust of Beijing in the wake of the pandemic has caused panic among Germany’s pro-China oligarchy. The fear of decoupling—although the voices calling for it are hardly even heard in Europe—have rushed many CEOs to defend their communist partners. Volkswagen CEO Herbert Diess warned that a deterioration in relations with Xi could be “very damaging,” and the CEO of Siemens stated “that China deserved respect and that banning the import of products from the Xinjiang region would endanger Germany’s green transition.”

Delaume and Cayla argue in one of their books that France bears special responsibility for the course of the E.U. First, Jacques Delors designed the European Common Market, then president François Mitterand led the creation of the euro and brought about German unification (despite opposition from the likes of Margaret Thatcher). France, the two economists argue, owes it to Europe to try to repair the institutions it created to such a great extent. This undertaking, however, will be impossible under German hegemony as Berlin benefits too much from the status quo.

A Ghibelline Europe is a stagnant Europe, whose only future lies in increasing the German trade surplus. There seems to be hope on the horizon for a different scenario. Although the precondition for German dominance is French obedience, its days may be drawing to an end. The French right has realized that the only way to regain greatness of their country is to do away with deference to Berlin. Marine Le Pen has already questioned the purpose of an alliance with Germany: “But what is the diplomatic and military added value of this alliance for France? Nothing but disillusionment, betrayal and abandonment.”

Éric Zemmour, whose campaign is still gaining momentum, has warned for years against the illusion of Franco-German cooperation. “Our leaders,” he explained, “are afraid to point out the divergence of interests with Germany and are unwilling to seek new allies in Europe.” A few days ago at a rally in Mont-Saint-Michel, he declared: “I will always fight against a vision of France that gives it the role of a vassal, a lackey or a puppet.”

An old geopolitical tradition, stretching from Richelieu to de Gaulle, claims a special role for France. It sees her as a protector, a guardian of small and medium sized countries against the imperial aspirations of greater powers. Victory by a right-wing candidate in the upcoming elections could usher in the return of France “to what it once was,” to use the words quoted by Varoufakis. If France were to break out of German supervision, it would provide an opportunity for a different Europe. A Guelphic one, where the voices of the nations are more important than those of Berlin.

Krzysztof Tyszka-Drozdowski is a writer and an analyst in one of the Polish governmental agencies overseeing industrial policy. He can be followed on Twitter at @ktdrozdowski.