The Best Way to Deal With Ukraine? Get Out

For the last month we have been told what a critical role Ukraine plays in our national security. It does not. 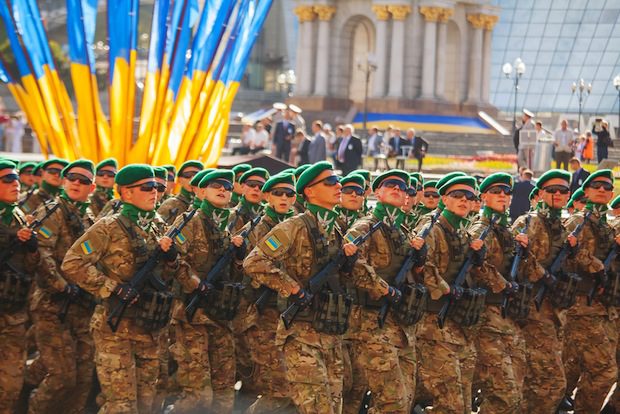 Whether President Trump tried to withhold congressionally appropriated aid to coerce the Ukrainian government into doing his personal bidding is one question. Whether he should be removed from office for it is another. But distinct from both those conversations—and deserving separate interrogation regardless of our views on Trump and his impeachment trial—is the matter of how the United States should relate to Ukraine.

To wit: Is defending Ukraine against Russian encroachment necessary to U.S. vital interests? Is Ukraine the last bulwark holding off Russian President Vladimir Putin from marching across Europe?

Get out of the dual clouds of impeachment drama and Cold War nostalgia and the answer is plainly “no.”

“Vital interests affect the safety, sovereignty, territorial integrity, and power position of the United States,” as MIT’s Barry Posen argued at The National Interest before the Ukraine and Trump questions became so entwined. “If, in the worst case, all Ukraine were to ‘fall’ to Russia, it would have little impact on the security of the United States.” That was true when Posen wrote it in 2014 just as it is true today, but Washington’s recognition of the point is far more needful now as impeachment has brought Ukraine’s position to fresh national attention.

The case for treating Ukraine as if it were a vital U.S. interest is a throwback to the Cold War’s “domino theory”: If Ukraine falls, Russia will advance. The contest is no longer communism vs. capitalism but a vague fight of autocracy vs. democracy in which, as former U.S. Ambassador to Ukraine William Taylor recently opined at The New York Times, “Ukraine is the front line.” The thinking is that unless Russia is forced to completely withdraw from Ukraine—and, implicitly, unless the United States and NATO, of which Ukraine is not a member state, do the forcing—Moscow will continue to expand its sphere of influence and be emboldened to further digital interference in Western politics.

The latter claim is more easily addressed: Online election meddling efforts are likely here to stay, and there is no reason to think a Russia chastened on the battlefield in Ukraine would decide to abandon its digital interference in American politics. No direct connection exists between the two, and social media subterfuge is very cheap. Far poorer and less powerful nations than Russia (to say nothing of non-state actors like terrorists) are fully capable of this sort of operation; Moscow can and almost certainly will continue to do it if desired regardless of what happens in Ukraine. If anything, a sense of weakness in conventional warfare might drive Russia more toward online meddling as a form of asymmetric warfare—but no matter Moscow’s reaction, the fact is that fighting Russia out of Ukraine will not solve this problem for the United States.

Expanding Russian influence also may be a near-term inevitability. The prudent step for NATO is to “tacitly acknowledge[e] the existence of a Russian sphere of influence, much as it did in 1956 regarding Hungary and in 1968 with Czechoslovakia,” Ret. Col. Andrew Bacevich, a military historian, has advised. This won’t feel like a bold strike for freedom, but neither does it abandon all hope of liberty in Russia or Russia’s near abroad, if recent history is any guide. After all, Bacevich notes, Hungary, the Czech Republic, and Slovakia are NATO members today, and the Russia of 2020 is a far less powerful state than the Soviet Union at its Cold War peak. Moreover, Moscow’s conventional military and economic power are easily outmatched by Western Europe; it is absurd to imagine that, after swallowing Ukraine, Putin will somehow gobble up the rest of Europe.

Accepting that Moscow will have influence in its region—see also Russia’s intervention in the Syrian civil war and opposition to the Islamic State, for example—likewise has the merit of declining to instigate great power conflict that, in the worst scenario, could turn nuclear. Crucial to the case for Washington helping to drive Moscow out of Ukraine is the assumption that global stability will otherwise suffer. But surely nothing can match the instability that would come of open conflict between the planet’s two greatest nuclear powers.

Russia is a declining power which feels threatened by NATO expansion and seeks to remain dominant in its region. The conflict in Ukraine, tangential for the United States, is important to Moscow. That imbalance of interests makes the situation dangerous: Moscow won’t back down, so risk of escalation is real.

For Washington and Kyiv, the wisest strategy is pursuit of an achievable peace with terms including an immediate and permanent ceasefire in Ukraine’s Donbass region, an end to NATO’s eastward expansion, and resumption of normal trade and diplomatic relations. Though inevitably built on compromise, such a peace could stop the bloodshed, preserve Ukraine as a sovereign and neutral state, calm Moscow’s alarm, and disentangle the United States from a conflict which was never ours to solve.

Bonnie Kristian is a fellow at Defense Priorities and contributing editor at The Week. Her writing has also appeared at CNN, Politico, USA Today, the Los Angeles Times, Defense One, and The American Conservative, among other outlets.