Pushing Russia to Break with Iran Is Unlikely to Succeed

The U.S. should pursue improved relations with Russia, but it seems unlikely that there will be much improvement if the U.S. is simultaneously becoming more combative with Iran and China. 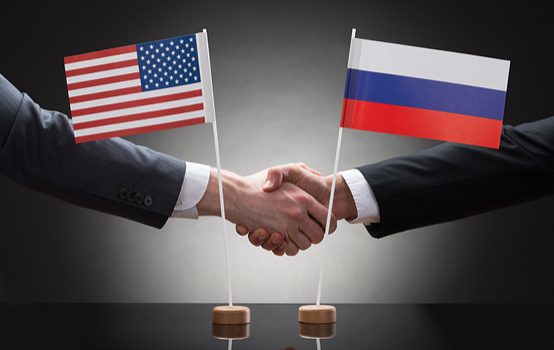 The Trump administration wants to push Russia to break with Iran:

The Trump administration is exploring ways to break Russia’s military and diplomatic alliance with Iran in a bid to both end the Syrian conflict and bolster the fight against Islamic State, said senior administration, European and Arab officials involved in the policy discussions.

The administration’s Iran obsession blinds them to the reality that Russia doesn’t see Iran as they do, which seems likely to set them up to fail if they make splitting Russia and Iran a condition for improved relations with Russia. Moscow doesn’t seem very interested in the idea:

The Kremlin said on Monday it did not agree with U.S. President Donald Trump’s assessment of Iran as “the number one terrorist state” and wanted to deepen what it described as already good ties with Tehran.

That doesn’t sound like a relationship that Moscow would be prepared to dismantle or downgrade in exchange for repairing ties with Washington. Unless the administration were willing to offer them something very significant on other issues, it is difficult to see why they would break with Iran just because we wish them to. Last week, the chairman of the International Affairs Committee of Russia’s Federation Council was even more blunt in expressing his alarm over the administration’s aggressive rhetoric towards both Iran and China:

“As is known, the Trump team has brought together quite a lot of people who have for a long time and consistently held tough anti-Iranian positions,” Kosachev said. “Unfortunately, they are actively influencing Trump, forcing him into bellicose rhetoric at the very least. And this is quite an alarming trend.”

“Along with the new team’s anti-Chinese initiatives, it could have a strong negative influence on Russian-American relations [bold mine-DL]. After all, Russia has its own interests and its own approaches in both these areas,” Kosachev added.

The U.S. should pursue improved relations with Russia, but it seems unlikely that there will be much improvement if the U.S. is simultaneously becoming more combative with Iran and China. If the administration continues its more combative approaches to the latter (and there is no reason to think they won’t), that is more likely to drive China and Russia and Russia and Iran closer together. Rapprochement with one of them won’t happen without having relatively stable relations with at least one of the others. The administration’s current path is leading to heightened tensions with both Iran and China, and that seems likely to harm relations with Russia as well.