Playing at War in Ukraine

Congress should signal its readiness to invoke the War Powers Act, while demanding that the Biden administration broker peace. 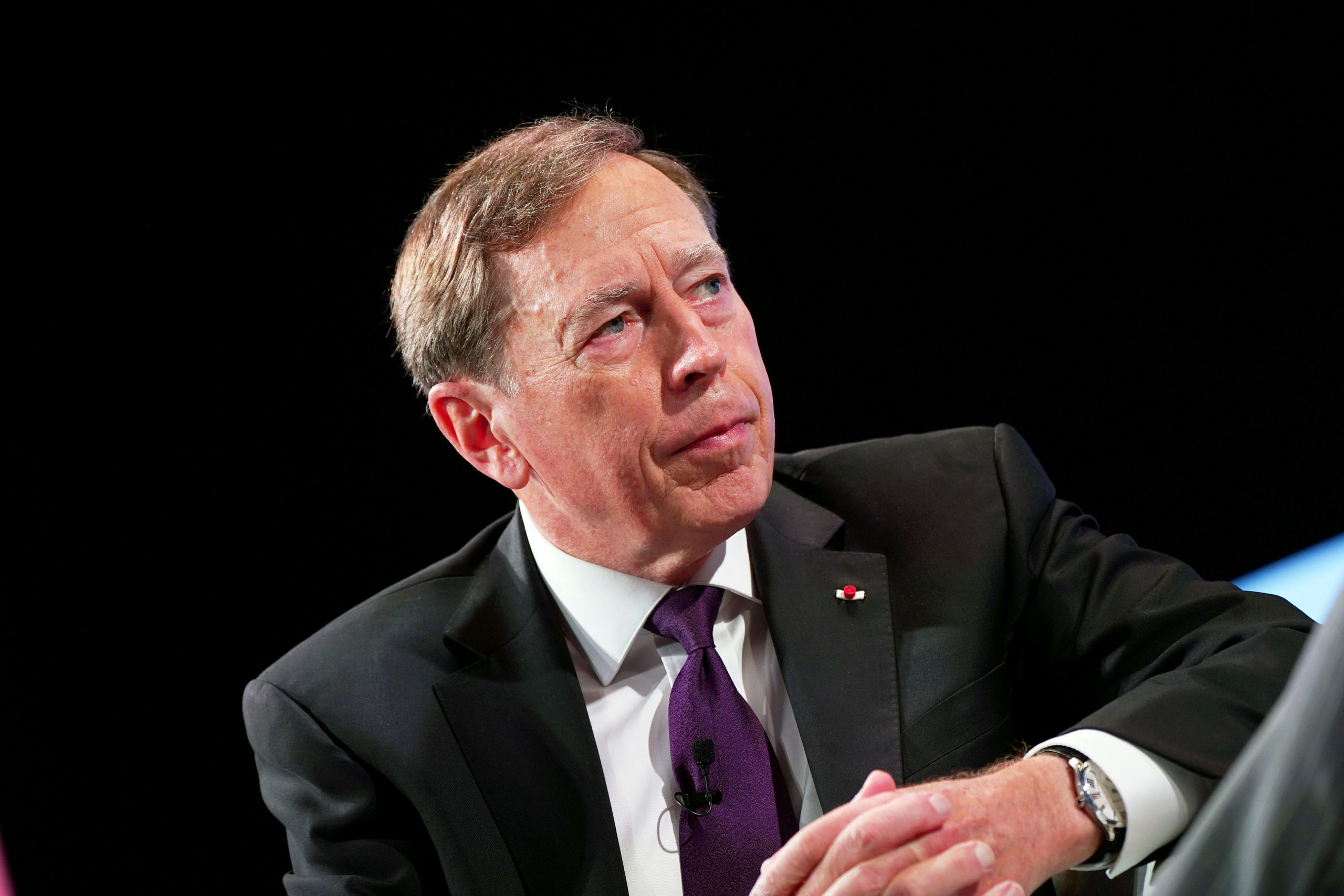 As the astute author Hunter S. Thompson noted, “When the going gets weird, the weird turn pro.” Weird is indisputably the condition in Great Britain, where Liz Truss, an arguably empty and talentless prime minister, is out—and was, it seemed for a moment, very nearly replaced by her vacuous predecessor, Boris Johnson.

Weirdness, however, is not foreign to American politics. An indicator of just how weird Washington is becoming is the apparent interest in General (ret.) David Petraeus’s recent suggestion that Washington and its allies may want to intervene in the ongoing conflict between Moscow and Kiev.

According to Petraeus, the military action he advocates would not be a NATO intervention, but “a multinational force led by the US and not as a NATO force.” In other words, a U.S.-led Multi-National Force on the Iraq model composed of conventional ground, air, and naval forces.

Petraeus does not explain why U.S. military action is needed. But it’s not hard to guess. The intervention is designed to rescue Ukrainian forces from defeat and presumably compel Moscow to negotiate on Washington’s terms, whatever those terms might be.

Admittedly, the whole business seems weird, but Petraeus’s suggestion should not be dismissed. Not because Petraeus’s military expertise warrants consideration—it doesn’t. Rather it merits attention because Petraeus would never make such a recommendation unless he was urged to do so by powerful figures in Washington and on Wall Street. And as Jeffrey Sachs tells Americans, globalist and neocon elites clearly want a direct armed confrontation with Russia.

For Petraeus, it is business as usual. He rose through the ranks by checking with everyone in a position of authority above him before doing anything. Seeking permission to ensure no one in authority is offended (like a “coalition of the willing”) is key to promotion. It works well in peacetime, or during wars of choice against weak, incapable enemies that present no existential military threat to Western forces. But Ukraine is not Iraq nor is the Russian Army an Iraqi-like force, or mounted on “technicals”—pickup trucks with automatic cannon.

These points notwithstanding, Petraeus’s suggestion confirms two critical insights. First, the perilous state of the Ukrainian Armed Forces. Absent the foreign fighters and Polish soldiers fighting in Ukrainian uniform, Ukraine has little left to withstand the Russian winter offensives. The series of Ukrainian counterattacks over the last 60 to 90 days have cost Ukraine tens of thousands of lives, human capital in uniform that Kiev cannot replace.

Second, it is the 11th hour. The Russian sledgehammer scheduled to fall on the Zelensky regime in the November or December timeframe, or whenever the ground freezes, will crush whatever remains of Ukrainian forces.

In other words, Petraeus’s real message is that the only way to prolong the life of the Zelensky regime is for Washington and its coalition of the willing to intervene directly before it's too late. The usual war hawks in the White House, the Pentagon, the CIA, and on the Hill probably assume that a quiescent American electorate will buy the argument that the commitment of U.S. forces in Ukraine without a declaration of war could facilitate a face-saving deal with Moscow.

It's dangerous and stupid to think so, and Americans should reject this notion, but it’s not unreasonable to assume this deluded thinking is prevalent inside the beltway. George F. Kennan, American diplomat and historian, insisted 30 years ago that, “We [Americans] tend to overemphasize military factors at the expense of political ones, and in consequence, overmilitarize our responses.” The result, Kennan argued, is Washington’s chronic failure to relate the development and use of American military power to attainable ends of national strategy.

In Washington’s halls of power, the “going in” assumption always presupposes certain conditions: a subservient Congress that will ignore its responsibility to invoke the War Powers Act, unconstrained financial resources for military action, and senior military leaders ready to comply with whatever dumb idea the politicians in charge advocate. For Petraeus and his peers there is also the high probability that some tangible reward is promised in the form of future appointments or financial gain.

The questions of how much ground combat operations in Eastern Europe and Ukraine would demand in terms of U.S. manpower, logistical infrastructure, ammunition, medical support, and evacuation are relegated to secondary consideration. For example, in the 11 months after the landings in Normandy, when the U.S. Army was sustaining 90-100,000 casualties a month, the divisions that landed at Normandy replaced 100-300 percent of their fighting strength.

The commitment of U.S. ground forces to battle combined with the dispersion of U.S. military power at the end of a 5,000-mile lifeline across Ukraine, an area the size of Texas, will unavoidably weaken and dissipate the attacking army’s fighting strength. Finally, Petraeus’s critical assumption that President Putin wants to avoid a larger war is no doubt valid, but this assumption should not be interpreted to mean the Russian military opponent will treat U.S. bases in Western Europe or U.S. warships transiting the Atlantic as inviolate. Moscow enjoys escalation dominance, not Washington.

As noted at the beginning, weirdness in politics is not a new phenomenon. Then again, Petraeus’s remarks signal something far more troubling than mere weirdness. The intellectual and professional caliber of America’s senior military leaders is deplorable. In his landmark work, August 1914, Aleksandr Solzhenitsyn described Aleksandr Samsonov, the Russian general who at the beginning of the war was renowned as the leading strategist of the Russian Army: “The truth was that his forehead was solid bone, his mind moved at a snail’s pace, and the thoughts that passed through it were worthless.” Solzhenitsyn’s words were harsh, but not inaccurate.

In Ukraine going forward, Washington’s path is clear. Congress should do its duty and signal its readiness to invoke the War Powers Act, while also demanding that the Biden administration broker peace, not expand the war.