Home/Daniel Larison/Public Opinion on Syria and the War on ISIS
Politics , World

Public Opinion on Syria and the War on ISIS A new YouGov survey finds that most Americans continue to support air strikes on ISIS in Iraq and Syria, but most do not favor sending American ground troops into combat against them: 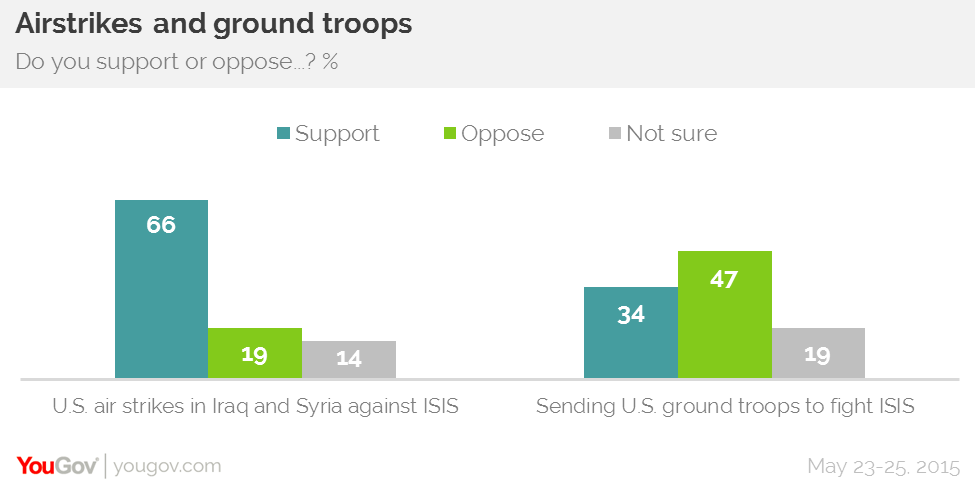 The partisan gap on the second question is predictably large. Almost half (48%) of Republicans support sending grounds troops against ISIS, while just a quarter of Democrats support the same. Air strikes are popular across party lines despite the fact that they are obviously not sufficient to prevent ISIS from making additional gains. Despite what some hawks claim, the public is not clamoring for sending Americans into a new ground war. There continues to be substantial opposition to escalating U.S. involvement in the war.

Oddly, there is now more support for arming “moderate” rebels to fight against ISIS than there was last year. This is the first I have seen more support for this option than opposition to it. It is odd in that it comes at a time when the so-called “moderate” opposition in Syria has ceased to exist (if it ever existed at all): 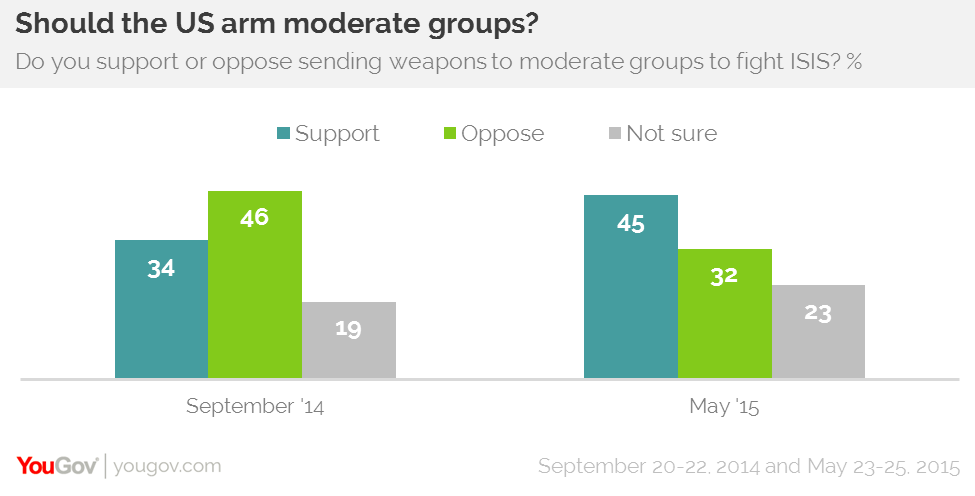 The question is somewhat misleading. It pretends that there were ever “moderate groups” to be armed, and it creates the impression that “moderate groups” in Syria would be using these weapons to fight ISIS rather than regime forces. If respondents were asked, “Should the U.S. provide rebels with arms that will shortly end up in the hands of jihadist groups?” I suspect that the result would look very different.

There were two more interesting results that were not mentioned in the write-up. One was the response to a question about which side in the Syrian civil war the U.S. should take. 11% said the U.S. should back the government, and 14% favored anti-regime rebels. 43% wanted the U.S. to take neither side. There is vanishingly little public support for Syrian rebels overall, and this holds true regardless of party, region, income, or education. Very few Americans share the Syria hawks’ enthusiasm for that cause. Accordingly, a similar percentage believes that the U.S. should never have become involved in the Syrian conflict (44%) while just 24% agree that the U.S. should have become more deeply involved sooner.  The default Republican hawkish position among presidential candidates has the backing of less than a third of Republicans (32%).