How the GOP Sold Out Middle America for Corporate America 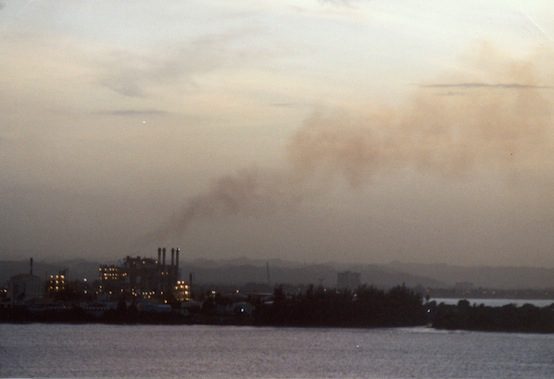 Out of the Republican retreat on Maryland’s Eastern shore comes word that the House leadership is raising the white flag of surrender on immigration. The GOP will agree to halt the deportation of 12 million illegal aliens, and sign on to a blanket amnesty. It only asks that the 12 million not be put on a path to citizenship. Sorry, but losers do not dictate terms. Rich Trumka of the AFL-CIO says amnesty is no longer enough. Illegal aliens must be put on a path to citizenship and given green cards to work—and join unions.

Rep. Paul Ryan and the Wall Street Journal are for throwing in the towel. Legalize them all and start them on the path to citizenship. A full and final capitulation. Let’s get it over with. To understand why and how the Republican Party lost Middle America, and faces demographic death, we need to go back to Bush I.

At the Cold War’s end, the GOP reached a fork in the road. The determination of Middle Americans to preserve the country they grew up in, suddenly collided with the profit motive of Corporate America. The Fortune 500 wanted to close factories in the USA and ship production abroad—where unions did not exist, regulations were light, taxes were low, and wages were a fraction of what they were here in America. Corporate America was going global and wanted to be rid of its American work force, the best paid on earth, and replace it with cheap foreign labor. While manufacturing sought to move production abroad, hotels, motels, bars, restaurants, farms, and construction companies that could not move abroad also wanted to replace their expensive American workers.

Thanks to the Republican Party, Corporate America got it all.

U.S. factories in the scores of thousands were shut down, shedding their American workers. Foreign-made goods poured in, filling U.S. stores and killing the manufacturers who had stayed behind, loyal to their U.S. workers. The Reagan prosperity was exported to Asia and China by the Bush Republicans. And the Reagan Democrats reciprocated by deserting the Bush Republican Party and going home. But this was not the end of what this writer described in his 1998 book, The Great Betrayal. As those hotels, motels, restaurants, bars, fast-food shops, car washes, groceries, and other service industries also relished the rewards of cheap foreign labor, they got government assistance in replacing their American workers.

Since 1990, some 30 to 40 million immigrants, legal and illegal, have entered the country. This huge increase in the labor force, at the same time the U.S. was shipping factories abroad, brought massive downward pressure on wages. The real wages of Middle Americans have stagnated for decades. What was wildly wonderful for Corporate America was hell on Middle America. But the Republican Party had made its choice. It had sold its soul to the multinationals. And as it went along with NAFTA, GATT, fast track, and mass immigration, to appease Corporate America, it lost Middle America.

When Republicans accede to the demand for amnesty, and immigration without end, it does not take a political genius to see what is going to happen. For it is happening now. Almost all of those breaking our laws, crossing the border, and overstaying their visas are young, poor or working class. Between 80 and 90 percent are from Asia, Africa, the Middle East, and Latin America. They are Third World peoples. They believe in government action and government programs that provide their families with free education, health care, housing, food, and income subsidies. They are not Bob Taft or Barry Goldwater conservatives. Perhaps 85 percent of all immigrants, legal and illegal, more than a million a year now, are people of color. And while over 70 percent of Hispanics and Asians voted Democratic for Obama, among voters of African descent, the Obama vote was well above 90 percent.

Four of every five U.S. citizens of Asian, African and Hispanic descent vote Democratic in presidential elections. And it is their numbers that are growing. Already they are well over a third of the U.S. population. As has been observed often, America, demographically, is going to look like California. And while Nixon won California all five times he was on a national ticket, and Reagan won California in landslides all four times he ran, California has not gone Republican in six straight presidential elections. Democrats outnumber Republicans there by more than two-to-one in the Congressional delegation and in the state assembly, and not a single Republican holds statewide office.

If Bush I had built that border fence back in 1992 and declared a moratorium on legal immigration that fall, as many implored him to do, the party of the Bushes would not be facing its demise well before midcentury.