How Did a Bronze Star Green Beret End Up Behind Venezuelan ‘Bay of Pigs’?

The bizarre tale of Sunday's foiled coup raises the question of how much Washington knew and when. 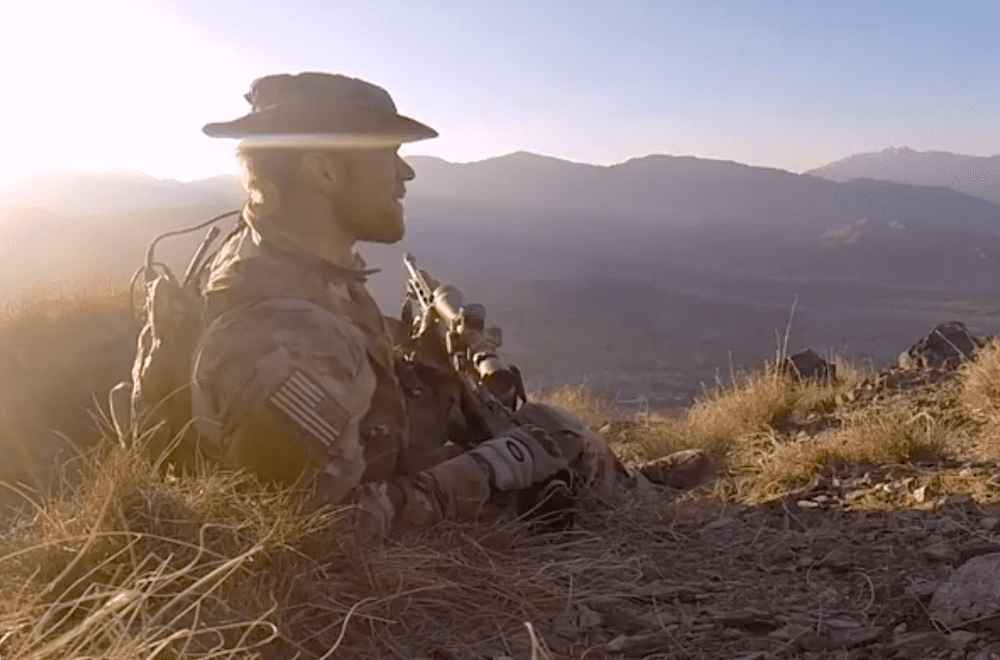 The Venezuelan government of Nicolas Maduro reported it had foiled an armed coup led by a former U.S. special operations soldier on Sunday. The bizarre tale raises a lot of serious questions about the competence of Pompeo’s State Department and the Trump administration’s intelligence services. What did the U.S. government know about the coup, were any U.S. funds involved, and why was nothing done to squash this outlandish and embarrassing attempt at regime change?

Here’s what we know: Jordan Goudreau, an American citizen, former Green beret, and three-time Bronze Star recipient for bravery in Iraq and Afghanistan, along with Javier Nieto, a retired Venezuelan military captain, posted a video from an undisclosed location saying they had launched an attack which was meant to begin a rebellion that would lead to President Nicolás Maduro’s arrest and installation of U.S-backed Juan Guaido.

“Operation Gideon” was supposedly launched about 20 miles from Caracas. According to Sky News, Goudreau and Nieto, both who live in Florida, were not with the “rebels” on the incursion but hoped to join them soon. An Associated Press report found that both men, along with Cliver Alcalá, a retired Venezuelan general, had been working to train dozens of deserting Venezuelan soldiers at secret camps inside Colombia for a year. He was arrested in March on U.S. drug smuggling charges, and is in custody in New York.

While the plan was for the cross-border raid to end with Maduro’s arrest, instead, sources tell TAC that close to a third of the Venezuelan military sources allegedly working with Goudreau on the coup spilled the details of the operation to Maduro’s government beforehand.

Backed by Cuban security forces, Maduro’s government said they were able to foil the plot. At least eight of the attackers were reportedly killed, and two were arrested on Sunday, according to the Venezuelan government. The AP story, on the other hand, said that “skimpy planning, feuding among opposition politicians and a poorly trained force” doomed the plan long before it was launched.

The 1961 Cuban Bay of Pigs-like overtones are a public relations victory for the Venezuelan president, and this failure helps reinforce his narrative that the U.S. is seeking military-backed regime change. “A group of terrorist mercenaries, organized and trained in Colombia, tried to disembark with war material off the coast of La Guaira,” a statement released by the Bolivarian National Armed Forces (FANB) reads.

This debacle “comes at a moment of heightened tensions with the U.S., and to some extent plays directly into the narrative that Maduro was trying to create” that the U.S. Navy deployment off the coast of Venezuela, reportedly conducting an anti-narcotics mission, is actually seeking to destabilize his government, said Dr. Alejandro Velasco, associate professor of Modern Latin America at New York University, in an interview with TAC.

That assertion started a flurry of speculation about a bizarre tweet from former NSC chief John Bolton. On April 30, 2020, on the one year anniversary of another failed coup against Maduro, Bolton tweeted, “Morning is coming to Venezuela — again.”

As for opposition leader Guaido, the plotters say they signed a contract with him and his advisors for “general services” and have even produced an alleged copy, but Guaido has insisted he signed no such contract.

Asked what the abortive coup means for the credibility of both Guaido and the U.S. in the region, visiting AEI fellow and former ambassador Roger Noriega told TAC.

“I hope the U.S. doesn’t fall into the trap where the buffoons who pulled off this failed attempt are now calling the shots,” said Noriega. “For a bunch of Venezuelan politicians to do something like this in a half-assed way is just another example of why the Chavista and Maduro regime have survived for so long, because they have this basically hapless opposition. The worry I have is to what extent were U.S. diplomats aware of this, and let it proceed in such a haphazard manner.”

That concern is all the more troubling in light of a strange detail tucked into this Washington Post report.

According to the Post, Goudreau heads up a private security firm named Silvercorp USA whose website “touts operations in more than 50 countries, with an advisory team made up of former diplomats, experienced military strategists and heads of multinational corporations—none of them named. It claims to have ‘led international security teams'” for none other than the president of the United States.

According to the article, Goudreau was:

“looking to capitalize on the Trump administration’s growing interest in toppling Maduro. Keith Schiller, President Donald Trump’s longtime bodyguard, was introduced to  someone who worked in private security. Schiller attended a March 2019 event at the University Club in Washington for potential donors with activist Lester Toledo, then Guaidó’s coordinator for the delivery of humanitarian aid. Last May, Goudreau accompanied Schiller to a meeting in Miami with representatives of Guaidó. There was a lively discussion with Schiller about the need to beef up security for Guaidó and his growing team of advisers inside Venezuela and across the world, according to a person familiar with the meeting. Schiller thought Goudreau was naive and in over his head. He cut off all contact following the meeting, said a person close to the former White House official.”

It is telling that this former White House official felt it was necessary to officially deny Schiller’s involvement with the plot, and this denial raises some really troubling questions.

Did Schiller inform the State Department or the intelligence services of what he learned at this meeting? If not, why not? And if he did, what did those departments do with the information?

“It’s unacceptable for them to say they didn’t know,” said Noriega.

But at least one retired Navy Seal said he didn’t think there was a U.S. connection—at least a military one. He personally trained some of the volunteers in basic first aid on behalf of his own non-profit, which works in combat zones. He told the AP that after inspecting the camps, seeing their dire conditions, and talking to the men (he did not meet Goudreau), he saw the plan as “foolhardy,” and said there appeared to be no attempt to seek U.S. military support.

“There was no chance they were going to succeed without direct U.S. military intervention,” said Ephraim Mattos, who spent two weeks in September in the Colombia camps.

The AP said it found, “no indication U.S. officials sponsored Goudreau’s actions nor that Trump has authorized covert operations against Maduro, something that requires congressional notification.”

Velasco said it wouldn’t be surprising if some people within the Trump administration fell prey to the idea that a small band of “three hundred armed warriors” could somehow take out the Maduro regime.

“There’s a kind of tragedy meets farce element to this, in part because so many of the people Trump has surrounded himself with, or at least outsourced his policy to… are Cold Warriors repeating these well-worn scripts,” the most familiar of which is the Bay of Pigs operation, led by a ragtag group of Cubans in Miami with the backing of the CIA and President Kennedy, of which “there’s a little bit of a replay of that here,” he said. This “familiar scripting” allows certain expats and Cold Warriors to “imagine themselves as playing particular familiar roles in this drama, be those roles either heroic or despotic.”

“This sort of escalation ultimately places the Trump administration in “a difficult position because they can’t very well embrace this mission” but “these kinds of moves” significantly “heighten the stakes,” which is their real danger, said Velasco. “These only go in one direction: there’s no suggestion of any effort to deescalate. Either the Trump administration’s hand will be forced through moves like the Navy deployment in the region,” or through what appears to be tacit approval of hapless missions like this failed coup.

The mainstream media has so far given Secretary of State Mike Pompeo a pass—he has not been pressed to answer what his department might have known about the fiasco.

A lower level statement, from the State Department’s spokesperson for the Bureau of Western Hemisphere Affairs, downplayed the reports.

“We have little reason to believe anything that comes out of the former regime,” said the statement. “The Maduro regime has been consistent in its use of misinformation in order to shift focus from its mismanagement of Venezuela.”